Ana Carolina Fernandes has a truly unique, sublime ability to capture the bare and brutal core of what she documents; be it at protests, in favelas, or in transvestite communities. On a breezy Thursday morning, over coffee, Isaac Norris had the pleasure to chat with Ana, an acclaimed Brazilian photographer from Rio de Janeiro who spoke at BristoLatino’s 21st March event. You don’t have to look far to discover her well-deserved reverence; listed by Times magazine as one of the most influential Brazilian photographers and the winner of two Folha prizes. Her photographs serve as a catharsis; a genuine reminder of the startling beauty within Brazil at a time in which everything seems to be slowly disintegrating.

“I find the world an extremely chaotic place; photography makes sense of things, it allows me the possibility of unlimited creation, it is a medicine, it allows my personal and photographic dreams to take flight… The art of photography is fundamental to the internal existence of my being.”

Ana became engrossed by the corporeal aspects of life from an early age, allured to individuals cast out of the hegemonic class, challenging the ‘conventional’ notions of beauty, race, and gender; leading to her fervent interest in photography. She started out as a photojournalist at 19 years old for the Brazilian national newspaper O Globo and went on to work for many others such as Folha de São Paulo and Jornal do Brasil. After over 30 years of working in photojournalism for major newspapers, Ana began to feel unsatisfied and frustrated with the constant daily work and desired a change. Since 2008, upon making the logical decision to leave photojournalism, Ana has been pursuing her own more personal and intimate projects such as: As donas da bola (Woman in football), Mem de Sá, 100 (Transvestite community), Azul da Cor do Mar (Beaches) and Manifestações (Protests). These works have allowed her to move away from the immediate, impersonal nature of journalism, towards a more freelance documentary style breaking from the constraints of giant corporations. At the heart of Ana’s photographic oeuvre lies one fundamental aim; to give a voice to that which has been silenced and marginalised by society. 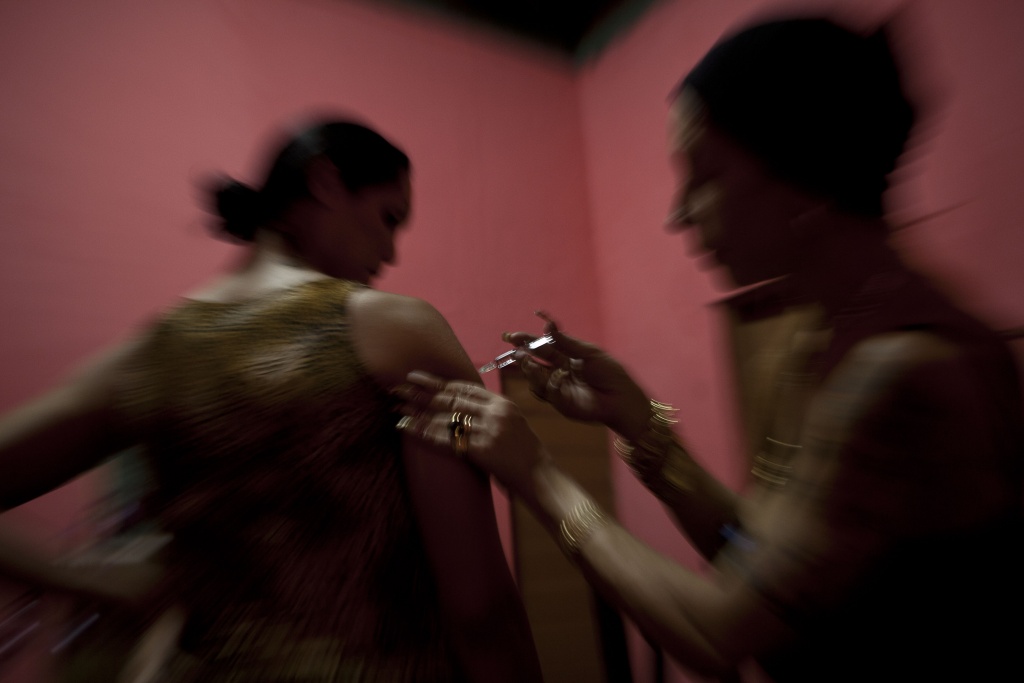 Brazil is in a precarious political situation and it seems that now, given Temer’s decree to place the country under military rule due to relentless violence and threats, the country is reverting back to the former years, reflecting the 1964 dictatorship. Given that Brazil has been living in a democracy since 1985, after 21 years of savage military rule, to many it seems Brazil is returning to repression
. Temer, the current president who came into power through a coup in 2016 overthrowing Dilma Rousseff through an impeachment, currently only has 2% of the population’s approval. Despite atrocious authoritarianism involving extensive firearms, Ana’s camera, an instrument of power, counteracts the government through documenting everything which goes against their beliefs. Ana’s photographs morph into a vehement monument of resistance against the so-called ‘democratic’ government of Michel Temer.

“The shots that executed Marielle also killed a part of every Brazilian that fights for social and racial equality, against any form of prejudice. Democracy in Brazil has been completely shaken by the death of Marielle.”

Ana’s words testify to how deeply-lauded Marielle Franco was; a human rights activist and maternal figure for many. Given her own challenging background as a black lesbian woman from the favelas, Marielle fought against discrimination and represented a beacon of hope with the uncertain elections looming at the end of the year. In stark contrast, one of the potential candidates Jair Bolsonaro has been compared to Donald Trump for his far-right views and homophobic and misogynistic comments, leading the country into despair. During the talk, Ana showed us a dynamic and moving video of the thousands of citizens who stood in solidarity the day after Marielle’s death to bring about justice in a country where impunity thrives. “Marielle presente!” roared over the heavy drums. 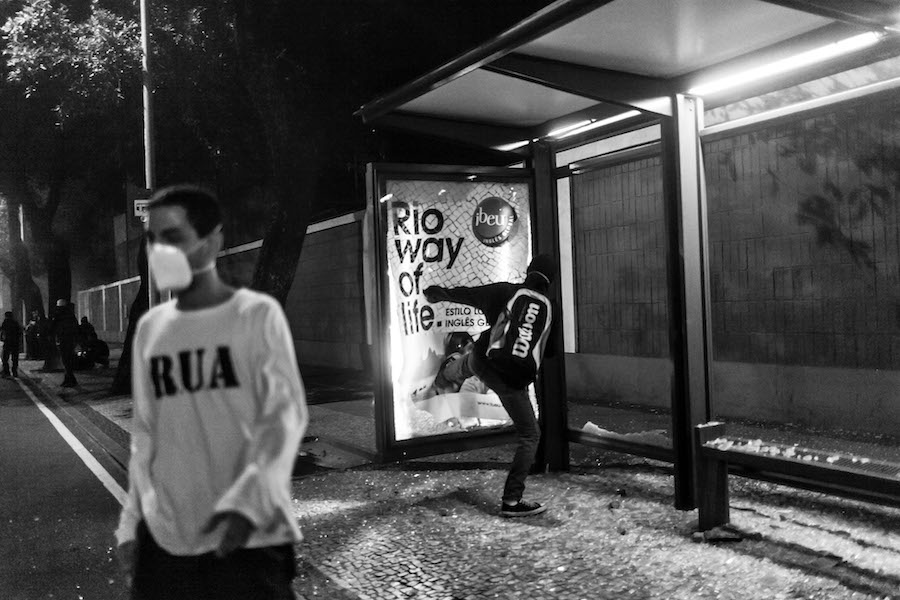 One of the most striking things I took from meeting Ana was her apparent innate ability to be able to connect with her subjects in order to capture authentic and spontaneous moments. Over coffee Ana gripped my attention recounting how, ignoring the advice of many, she enters favelas without a bulletproof jacket. These informal settlements are notoriously dangerous for outsiders, yet she would never wear protection, as this would detach her from the others. For Ana, being on the same level as her subjects is of paramount importance in order to truly capture their unfeigned emotions.

“Much more than giving a voice to a marginalised group of society, I wanted to give a body, to raise awareness, to open up the minds of those who are accustomed to thinking of the world and sexuality in paradigms of predetermined judgement.”

Mem de Sá, 100 is captivatingly imbued with a sense of beauty and intimacy. The series depicts a transvestite community in Lapa, a central district in Rio. The project began when Ana met Luana, a well-known transvestite (‘The Queen of Lapa’) who has now passed away. Ana has always felt a huge warmth towards transvestites; the fascination of the ambiguity of two bodies, the masculine and the feminine in one. Ana herself has always felt like an outsider, therefore rather than being intimidated by marginalised communities, she has felt a distinct attraction towards them. The women grew to become very close and through this friendship Luana allowed Ana into her casarão (large house) which she rented to 25 transvestites who worked there as prostitutes. Ana had free rein to go whenever she pleased as long as she didn’t photograph anyone without their permission. It was a special, unique experience to be able to shed light on a community which has consistently been cast in the shadows and misunderstood for centuries.

Ana simply aims to show the beauty of their bodies in everyday life. Through visiting the casarão a couple of times every week for years she formed an intimate connection with many of the residents there. She recounts that her friendship with Luana was essential for her growth as a human being; it was the most enriching experience she has ever had. The death of Luana has left a huge void in her life. 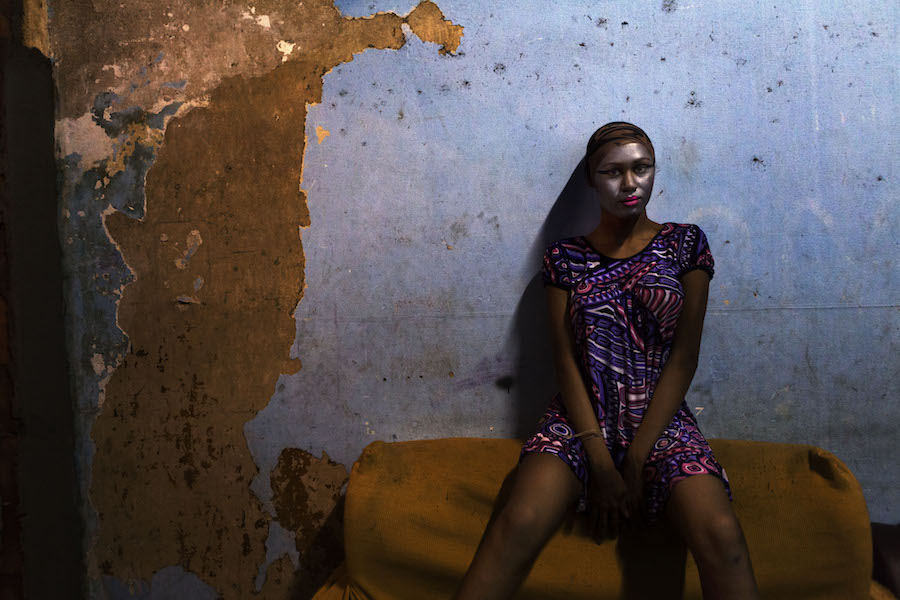 In essence, Ana’s work encapsulates all that which has been deemed ‘invisible’ by society. The act of pressing the shutter brings them into visibility, reinscribing their identity into the world. Online news undeniably shapes people’s perceptions of a country. The current state of Brazil is desperate and uncertain, however Ana’s photographs come as a refreshing reminder of the beauty which lies behind all of this. 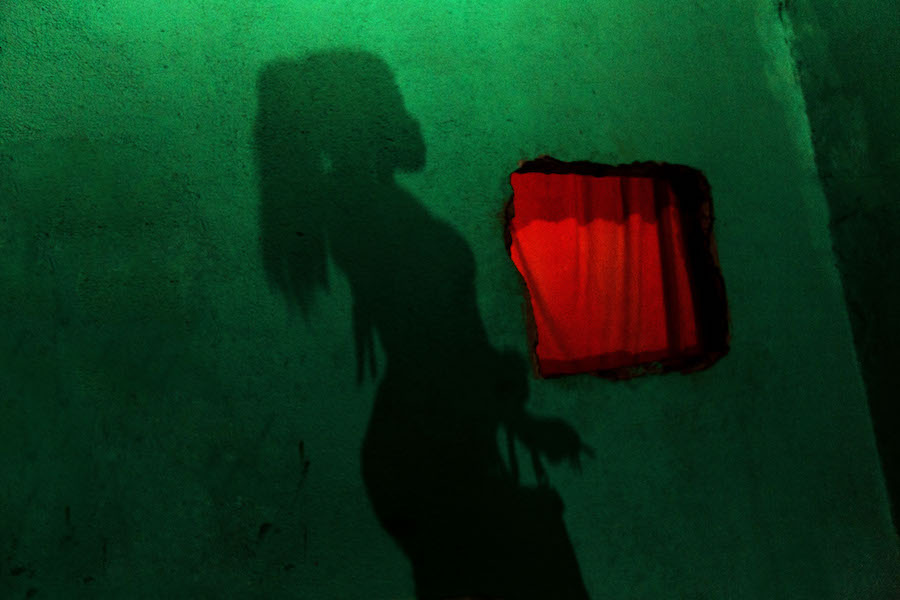