Gam̈a͇ is an artist and musician who melds the sounds of Brazil’s cities and natural landscapes to create unique electronic albums. BristoLatino’s Rebecca Wilson reports.

Gama is a multidisciplinary Brazilian artist from a metropolitan area of Rio de Janeiro. The artist’s androgynous name avoids definition and allows them to play with gender, “although this wasn’t so much of a choice,” Gama writes to me from their small temporary studio next to a waterfall in Heliodora.

In 2009 Gama began to create songs composed on the electric guitar using GuitarPro’s tablature-reading software. Gama’s interest in effects and textures  spurred them to make electronic music. “Working with limited tools connects a lot with how the Brazilian sound imaginary was shaped,” Gama explains.

Gama is one element of Voodoohop – a ‘collective entropy’ of nomadic musicians and artists, born out of a series of underground raves, with the electronic musician Cigarra amongst its ranks. “Every cell of the collective is up to something,” Gama tells me, “yet still there are moments where a lot of it comes to together.” They are currently focussed on sustainable agriculture, searching for “happier ways of living for us and the planet,” but Gama assures me that their second musical compilation will be out soon.

Gama has taken part in creating the interactive sound for VJ Suave’s virtual reality installation, Floresta Encantada, alongside Argentine Barrio Lindo and fellow voodoohopper, Psilosamples. Their recent EP ‘J’écris’ was released by Frente Bolivarista, a label which focuses on the regional sounds of Latin America. “I really support the idea that music can break through cultural divides, especially in South America,” Gama tells me. Gama is positive that the music around Frente has a decolonizing potential yet to be unleashed.

Live performance is a key element of Gama’s hybrid act. Gama has played live sets at NOMADE festival in Chile’s coastal South, where they spontaneously dance, sing and play percussion whilst mixing. This way, Gama can be present enjoying the festival and equally festival-goers and friends can join Gama in performance.

“I really support the idea that music can break through cultural divides, especially in South America.” Gama is positive that the music around Frente has a decolonizing potential yet to be unleashed.

Gama’s ‘Microscopic Cookbook’ album from Japanese label Chill Mountain mixes ecological sounds with the clanking of the city: digital processes beep, click and zoom, at times as high-pitched as mosquitos, or night birds in a jungle. Conversations rewind and strings intersperse with alien communications. Other tracks resemble All Saints’ ambient ‘Pure shores’ and come close to trip-hop, although intensified by the use of rainsticks and cranks. ‘Decompression pan’ could be oil frying, fire crackling or aerosol cans being shaken and sprayed. Simultaneous visions of the jungle and the city form an unexpected humid imaginary.  Titles such as ‘Surfing on a dewdrop’ epitomise how this album holds up a microscope to sounds, creating a soundscape where an inquisitive listener will be captivated: questioning, visualising. The experience is much more interesting if you simply listen to each detail, undistracted by bodies, colours, objects. “This organic imaginary is continuously taking over me”, Gama explains, which is channeled into their music “like forest reclaiming concrete”.

So what can we expect to hear of Gama in the near future? “I see releases, lots of ideas, certainly. However, I don’t have much vision yet of new projects taking form, at the moment I’m focusing on getting deeper into how I perform”, they tell me. Gama is getting ready for a European tour beginning late this month in Zurich. They will be performing in Orion (Norway), Garbicz Festival (Poland) and Waha Festival (Romania) as well as stopping off in Turkey and further afield in New York for some quick adventures. Gama is “super happy to explore new grounds”.

Gama’s new EP, ‘J’écris’, borne out of a series of travels and meetings and connecting far away lands like Brasil, France, Tunisia, Greece, Uganda and Sudan is available for download here. 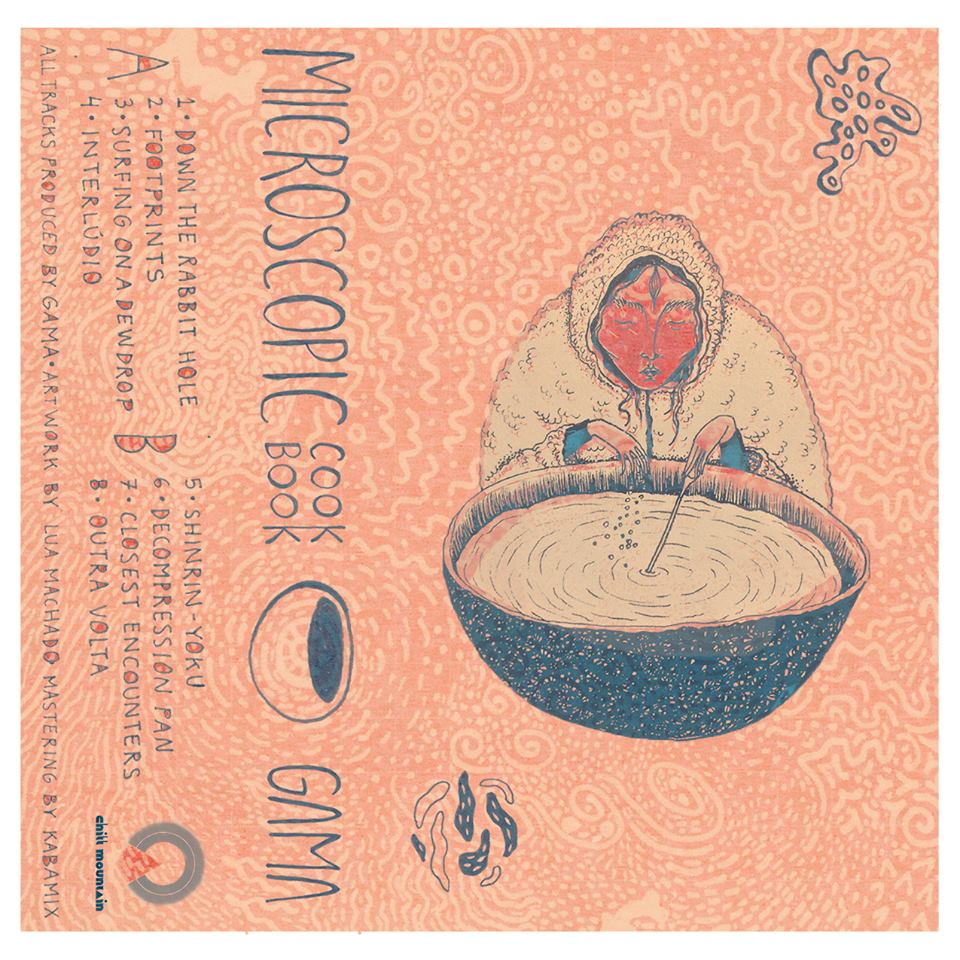