Written by BristoLatino
Posted on February 22, 2019

Joe Osborne of DJ duo Brazilian Wax, who run a radio show and club night touring from Leeds to Bristol and beyond, talks us through his top Brazilian albums of 2018. Listen on Spotify now!

The guitar tone at 2:25 on Longe, Enfim is enough for this album to make the top 10. But that aside, Juliano Gauche’s ability to write brooding, cool and catchy indie music earns him his place on this list. It’s often quiet, subtle and intimate – most evidently on the tender Dos Dois – but always deserving of attention.

Uma Saída para Todos, the second track on Beto Villares’ television score for TV Globo’s 13 Días Longe do Sol, begins with the same guitar line as the song Abundant Living by the Danish art-punk band, Iceage. This comparison might seem completely incongruous – the two albums (one, gentle TV music soundscapes; the other, visceral, wailing rock) are nothing alike. However, they both fit in an enthralling category: atmospheric, brooding music that transports you to another place. Would still rather Villares goes back to the hip bossa nova of his 2008 self-titled debut though…

Being a compilation, I’m reluctant to put this in the best of 2018 – most of the music featured on this album is from the last century. But the Brazilian DJ Tahira – who is as ceaselessly smiley as he is influential – released last year what has already become a Bible of Brazilian music for DJs and selectors worldwide.  Brilhantina (by Renata Rosa) is an obvious highlight – she has one of the most strikingly beautiful voices ever. But what Tahira does best is uncovering previously-unheard gems such as Georgette’s Kiriê or Coco Raízes de Arcoverde’s Godê Pavão. Hear Jazz FM and Música Macondo’s Tim Garcia chatting to us about this album here: https://bit.ly/2S7YAmb. 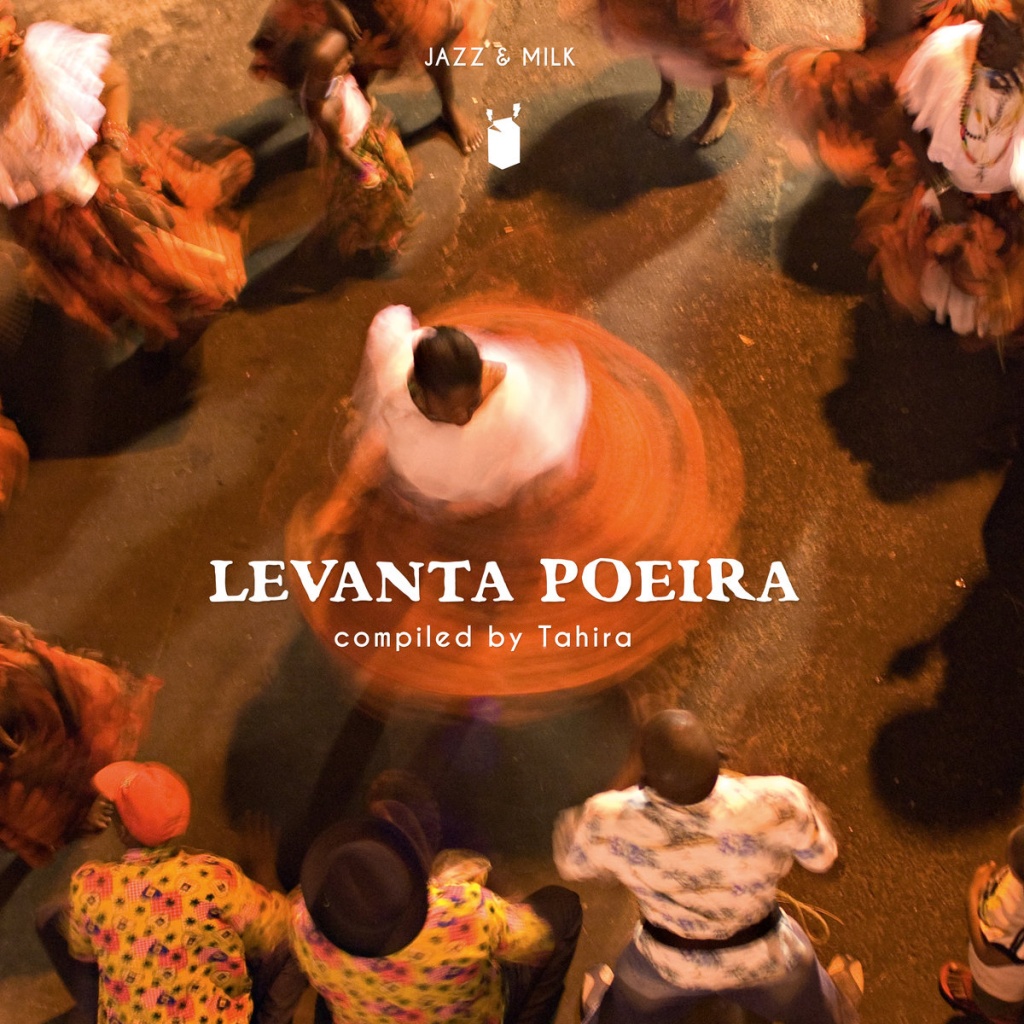 Sometimes an album is just lovely and it doesn’t have to be anything more. That’s this album. Eternally sweet modern MPB (música popular brasileiro) that retains all the charm of Gal Costa’s Gal Canta Caymmi or Elis Regina’s Elis, Como E Porque. It might be slightly boring. But it’s perfect for a sunny summer’s Sunday morning when you can’t be bothered to get out of bed and don’t need to.

Quartabê, firmly rooted in the São Paulo avant-garde movement, are a quartet compromised of two clarinets, keys and drums. Their mix of free improvisation and forays into experimental pop and electronic music make for an indescribable sound. Somewhere between the modern, cinematic jazz of GoGo Penguin and Mammal Hands, and something altogether more minimal, delicate and electronic, Lição #2: Dorival is a beguiling collection of old compositions by Dorival Caymmi. 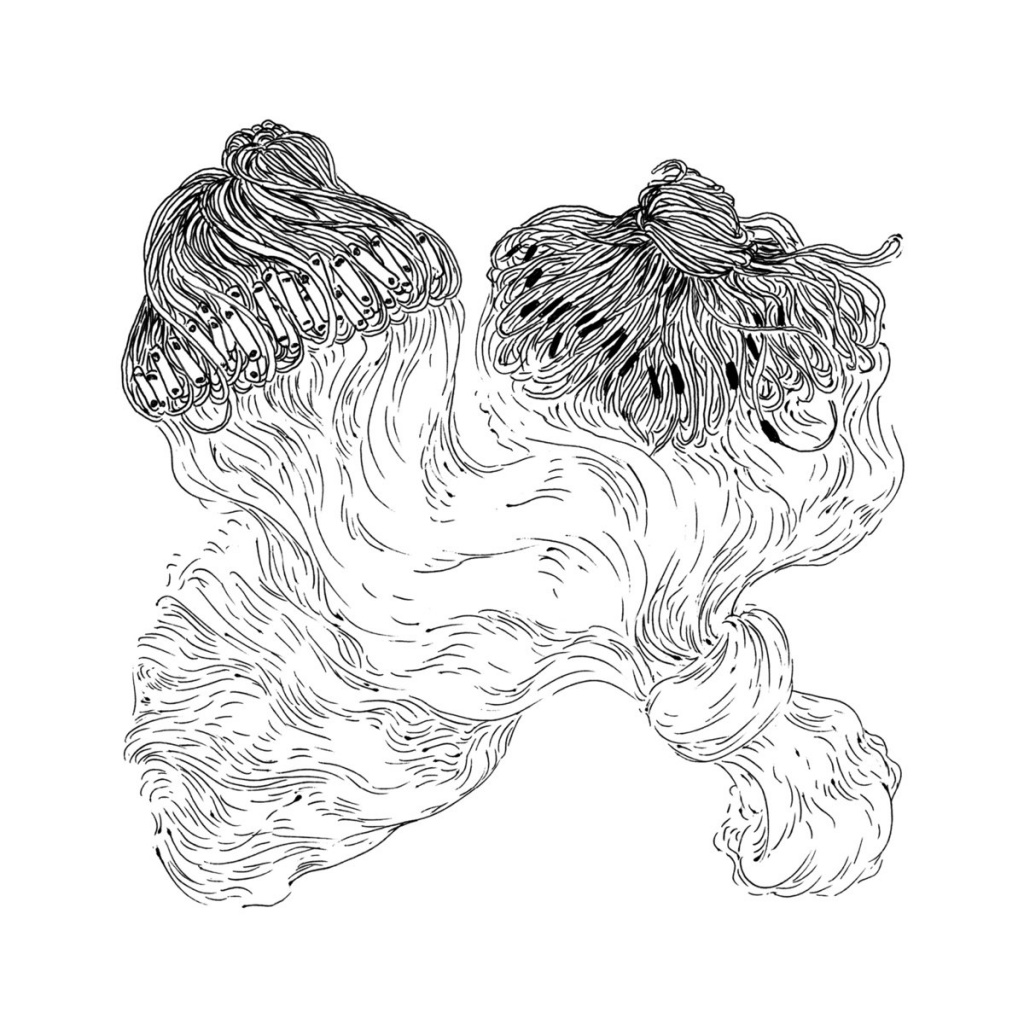 Russo Passapusso’s debut album starts in style – big horns, a wicked backbeat, groovy percussion and big group vocals evocative of Antonio Carlos & Jocafi’s Kabaluere. The opener, Paraquedas swings like anything Jorge Ben has done, and might be the closest thing I’ve heard to Seu Jorge’s MPB-for-the-21st-Century. It would fit perfectly on his América Brasil o Disco. Some of the album steers too much towards classic rock. But, at its best, it is unashamedly groovy MPB, as is the case in the songs Sangue do Brasil, Relógio, and Anjo.

I don’t know anything about eighties club music, nor Berlin sex parties, but I would presume that Teto Preto are fanatical about both. It’s hard to know where to begin describing this music, but: if Pedra Preta was a person, it would strut in black patent-leather, fist-pumping and hoovering up speed in an exclusive German nightclub. In other words, it’s music for people who bought their clothes at Cyberdog when they were thirteen. This outrageous concoction of dark electronica, 80s synth music, PiL post-punk and something verging on an off-shoot of techno, is baffling and totally ridiculous – which is why it’s so brilliant. 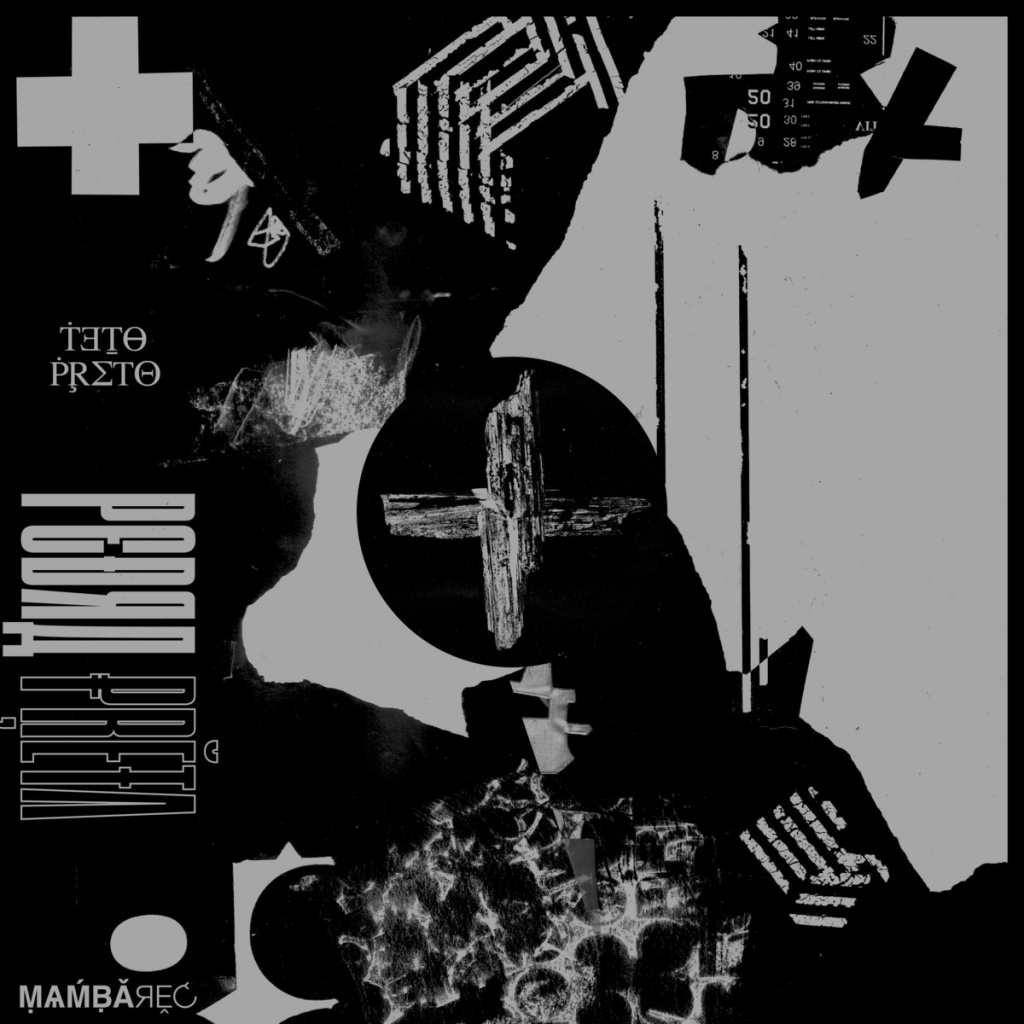 Thiago França’s playing on Suíte Intergaláctica, Pt. 1 hits you like a freight train from the get go. Metá Metá’s prolific saxophonist’s performance here is absolutely breathtaking – an exercise in circular breathing that leaves the listener almost as exhausted as, presumably, França himself. Suíte Intergaláctica, Pt. 1 is an outstanding opener: he barely rests for the duration of this intense piece, rivalling anything Shabaka Hutchings or Binker Golding have conjured up in the UK in terms of raw energy and virtuosity.

Pt. 2 to Pt.4 brings welcome respite as the pace drops and the sparse texture allows for gorgeous percussion interludes, sitting somewhere between Pharoah Sanders’ Upper Egypt & Lower Egypt and the Codona albums (featuring Brazilian percussionist Naná Vasconcelos) – all very sparse, and slightly too esoteric in parts upon first listening. But just as the listener’s attention span might begin to wane, França brings back the breathless urgency of Pt. 1. The squealing and shrieking of the two saxophones on Pt.5 makes for one of the most exciting duets I’ve heard. However, the album’s closer, Júpiter Charanga, might just be the highlight. Starting slow and soulful, it builds to equally cacophonic climaxes as parts 1 and 5. What makes Júpiter stand out is that, here, França’s ear for melody matches his appetite for speed and aggression; it’s the culmination of all these parts that make this record so brilliant.

Trança translates to Braid. A fitting title for an album that so seamlessly weaves together traditional Brazilian sensibilities (the candomblé-type chanting on Manjar do Oriente; the batucada of lead-single Joanna Dark) with the U.S. art-rock of Deerhoof or Marnie Stern. This mad mingling of native music types with the more experimental end of North American rock identifies Ava Rocha’s Trança as hugely indebted to Tropicália, Brazil’s polychrome protest music.

The influence of Tropicália trailblazers is evident in Rocha’s ‘cultural cannibalism’ (a term coined in 1928 by Brazilian modernist poet, Oswald de Andrade, and borrowed by Caetano Veloso to refer to the tropicalistas’ penchant for feeding on influences as diverse as religious Yoruba music, Saharan rock and North American psychedelia). Rocha’s desire to push boundaries while retaining inherently Brazilian influences ties her inextricably to Brazil’s late-sixties art-rock movement.

Trança starts with repetitive drums and call-and-response chanting – this is inherently Brazilian and reminiscent of candomblé ceremonial music. Yet, from this stripped-back starting point, Rocha pulls the listener into a weirder and weirder (though always Brazilian) world. The second song on the album, Pangéia combines moody parallel chords and reverb, with nylon-string finger-picking (reminiscent of Joyce Moreno), and an unusual use of the cuíca (found typically in traditional samba).

Album highlight, Lilith, meanwhile, begins like Milton Nascimento’s Tudo O Que Você Podia Ser before reaching a sweet chorus with a writhing guitar line fitting of North American indie bands such as Symposium or, even, The Strokes. Even here, though, we’re not far from the rumbling percussion so evocative of Brazil’s biggest musical export, samba.

Elsewhere, the Tropicália influences are unavoidable. The brilliantly bizarre, Patrya, sounds like a Tom Zé song made on Sony Ericsson’s Music DJ. The guitar on the brilliant João Três Filhos is very Gilberto Gil circa-1968. Continente could be on Caetano Veloso’s Transa. Manjar do Oriente, meanwhile, could take the place of Maria Adeus Fulô on Os Mutantes’ 1968 masterpiece. And throughout the album, Rocha’s beautiful dark vocals make comparisons to Maria Bethânia unavoidable.

The album ends with the atmospheric, Dorival (presumably named after the legendary Bahian composer Dorival Caymmi). Here, she mixes wooden flutes, rumbling percussion and rainforest sounds with jangly electric guitar, organ and extraneous fuzz and feedback. It’s incredibly emotive. And it may be the best example of what Rocha does best: blasting away the boundaries of Brazilian rock music while embracing the simple, bewitching sounds native to Brazil. 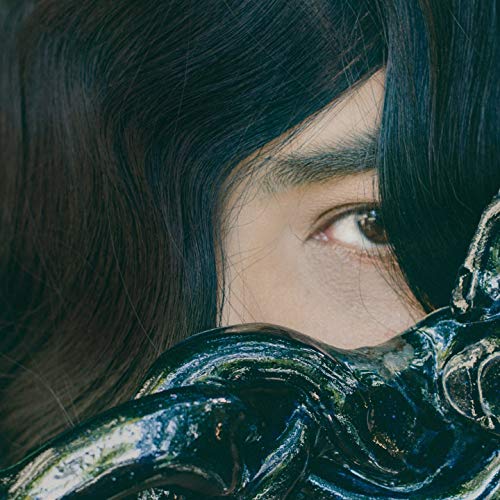 I can’t stress enough how incredible the arrangements on this record are. The clattering cymbals and the furore of woodwind and brass that shove the listener headlong into Primeira Hora… The stripped-back nylon-string and moaning clarinet on Quarta Hora… The guitars’ fizzing feedback, the saxophones and rumbling drums of Sétima Hora… Every track on Paulista, Romulo Froes’ eighth solo studio album, is a triumph of inventive arranging (thanks, in no small part, to musical director and saxophonist, Thiago França).

Singer and guitarist, Froés, along with França and many others on this Top Ten list, is an integral member of São Paulo’s thriving alternative music scene – a scene that has its roots in the early-80s’ ‘Vanguarda Paulista’ movement. You can hear the eccentricity of the likes of, vanguardist, Itamar Assumpção in the song structures and instrumentation here, but it feels most akin to Chico Buarque’s Construção (1971.) The thudding opener, Primeira Hora, plods like a catatonic Deus Lhe Pague, with funeral-march brass that wouldn’t be out of place on Moacir Santos’ seminal Coisas (1965). As the songs on Santos’ album are catalogued, Coisa nº 1, Coisa nº 2 etc., Froés’ are organised as Horas, one to thirteen. Coincidence or not, the similarities go far beyond song names, with Amílcar Rodrigues (Froés’ brass player) playing the big, bassy ‘bombardino’ (or, euphonium), invoking the booming tuba heard throughout Santos’ Coisas.

Each Hora works on its own as stand-alone, distinct piece, but it’s how they work together, the tapestry that’s weaved over this 42 minutes, that makes this record my favourite of the year. On Froés’ O Disco Das Horas, the seven featured musicians are performing at the peak of their imaginative ability. Froés’ enthralling and moody compositions are wrought out of conventional shape by the eccentric and electrifying instrumental performances, and left gnarled like a tree struck by lightning.

Those who just missed out:

Keep up to date with Brazilian Wax by liking their Facebook page.