Hailing from Brazil’s hectic yet culturally vibrant megalopolis, São Paulo, Ágatha Barbosa a.k.a Cigarra is a strikingly accomplished individual; a DJ, VJ, producer and events organiser who now resides in Lisbon, a city with a burgeoning musical scene. BristoLatino’s Isaac Norris speaks to the musician about São Paulo’s underground movement, her Tropical Twista Records label, and musical resistance in Brazil. 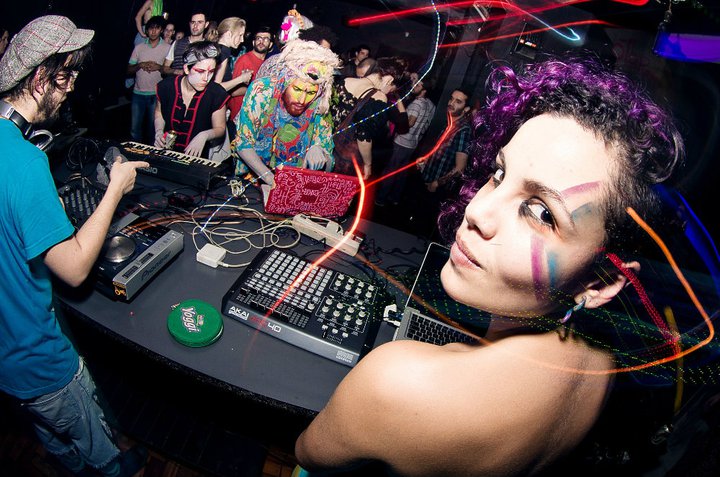 Cigarra ventured into the club culture in 2008 in its embryonic stage, DJing at parties, “a gente começou a mergulhar no movimento underground de São Paulo” (“We started to immerse ourselves in the underground movement of São Paulo”), she told me. These parties were incomparable with former musical events; utilising new and stimulating spaces – often abandoned sites – rather than the conventional clubs, as well as experimenting with idiosyncratic sounds which deviated from the regular house and techno styles. VOODOOHOP, a radical and revitalising collective of musicians, expressed by Cigarra as “uma loucura” (madness), was born naturally through this sonic trajectory of underground raves in pursuit of some much-needed catharsis, bringing colour to the grey asphalt. An array of musical nights materialised: Calefação Tropicaos, Blum, Carlos Capslock, and Venga Venga.

Ágatha works as part of the independent experimental label Tropical Twista Records, a platform devoted to releasing music from underrepresented artists from all over the world with a predominant focus on South America. Their resonant radio station TTRadio frequently releases mesmerising mixes from artists pushing the boundaries; Costa Rica’s NILLO blending African percussion with indigenous samples and Brazil’s Jaçira incorporating experimental drumbeats over Latino sounds are just a few of the emerging talents.

Lisbon has a wealth of contact with African, Portuguese, and Brazilian culture as a result of centuries of cultural exchange unfortunately fuelled by the slave trade and an ever-increasing trend of immigration to Europe. Cigarra has a knack for fusing these multifaceted styles into rich, sonorous soundscapes. Lisbon provides a peaceful backdrop for the creation of music collectives, whereas São Paulo is the complete opposite, she tells me, “Lá a cultura era uma luta” (culture was a struggle there). Brazil has a long history of censorship and military rule which have cast cultural spaces into the shadows. Consequently, many Brazilians are coming to Portugal at the moment due to what is happening politically, “a gente está vivendo um boom de imigração para cá” (We are experiencing an immigration boom).

Hystereofônica is an innovative series of musical compilations exclusively representing female artists, invented and curated by Cigarra. It was released under her Tropical Twista Records label at a crucial moment in Brazil and in the world more widely, as people began to talk about feminism and marginalised sectors of society. Cigarra tells me that the first compilation, released in 2016, incorporated 22 female artists predominately from Latin America, as a way to recognise and celebrate their underappreciated talent. Following its success, the second compilation arrived in 2017, discussing resistance, an important theme throughout Brazil amidst a climate of crime and violence. The compilation particularly represents marginalised singers who have experienced extreme injustices in the past few years.

Upon asking Cigarra whether it is easier to be a female DJ in Lisbon or São Paulo she is quick to point out, “há mais dificuldade no mundo inteiro. Até agora não encontrei um lugar onde fosse mais fácil” (It is difficult in the entire world. I still haven’t found a place where it has been easier). Glimpsing at festival line-ups makes apparent that the majority of electronic artists are men, not to mention the many discriminations artists are faced with in the industry. However, Cigarra comes as a beacon of hope through her effervescent party Ancestofuturismo, showcasing a myriad of fantastic female artists.

Brazil is currently experiencing a severe crisis due to the political climate and the upcoming elections in October. Music comes as “uma resposta à pressão cultural, política, social” (a response to the cultural, political and social pressure). Many feminist, gay, black, queer, and trans artists are gaining a critical voice to speak on behalf of their respective collectives. Despite the lack of tolerance towards the LGBTQ community with many people even being killed, there is a balance with their artistic expressions, utilising music, an extremely potent medium, as a catalyst to reshape societal views on their collectives. As Ágatha tells me, “a gente continua sendo um dois países que mais mata mulheres e travestis no mundo inteiro, e ao mesmo tempo, o país que mais da também uma visibilidade cultural, então é uma balança” (Brazil continues to have one of the highest murder rates amongst women and trans-identifying individuals in the world, yet at the same time, it is the country that gives the most cultural visibility, it equals out).

Cigarra has a jam-packed summer coming up, with DJ slots in Berlin, France, Poland and Croatia. In 2016 Cigarra released her first EP Límbica which is a skilfully produced collection of edits incorporating samples of female voices from around the world, merging into a visceral musical experience. Her follow-up EP Ato is released today, an assured avant-garde melodious medley of sampled sounds featuring transcending chant-like layered vocals, cacophonous blaring of glass shattering and lyrical string accompaniments.

Listen to the EP on bandcamp here 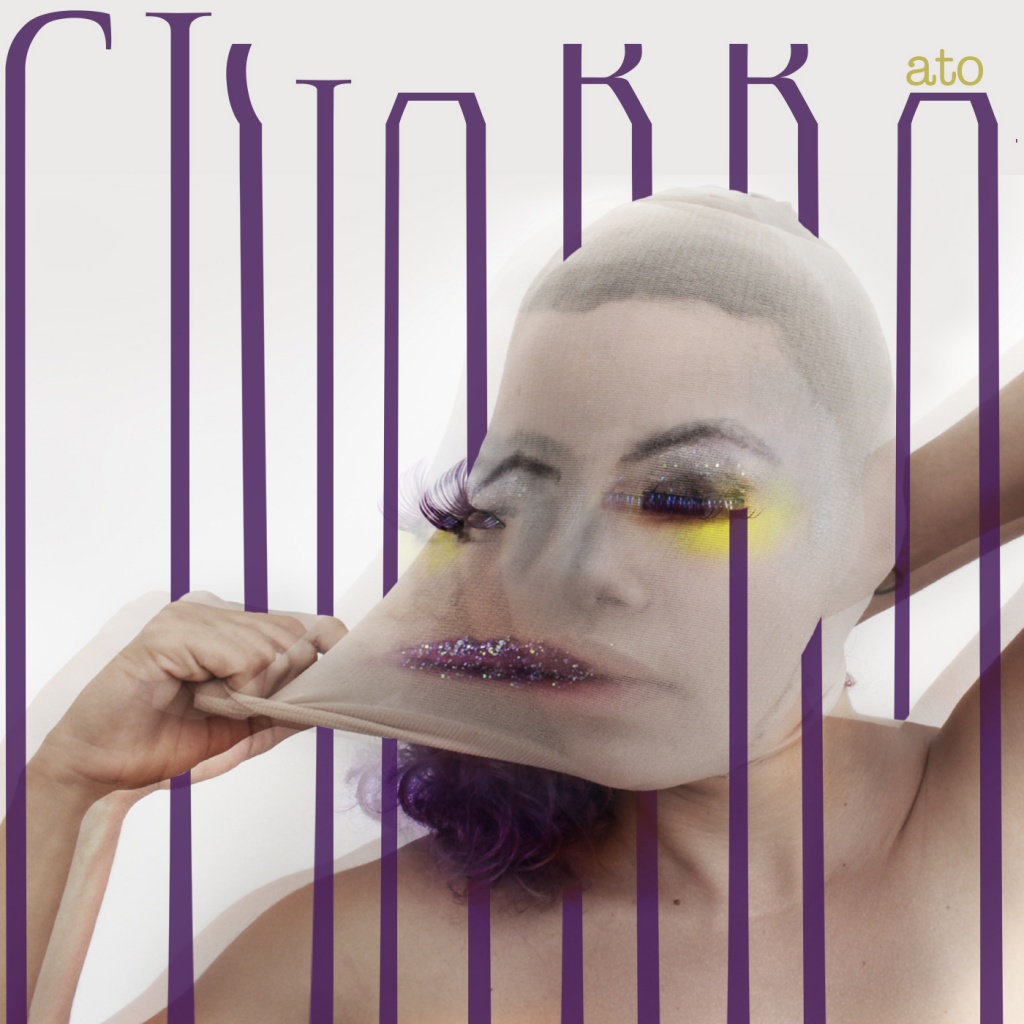