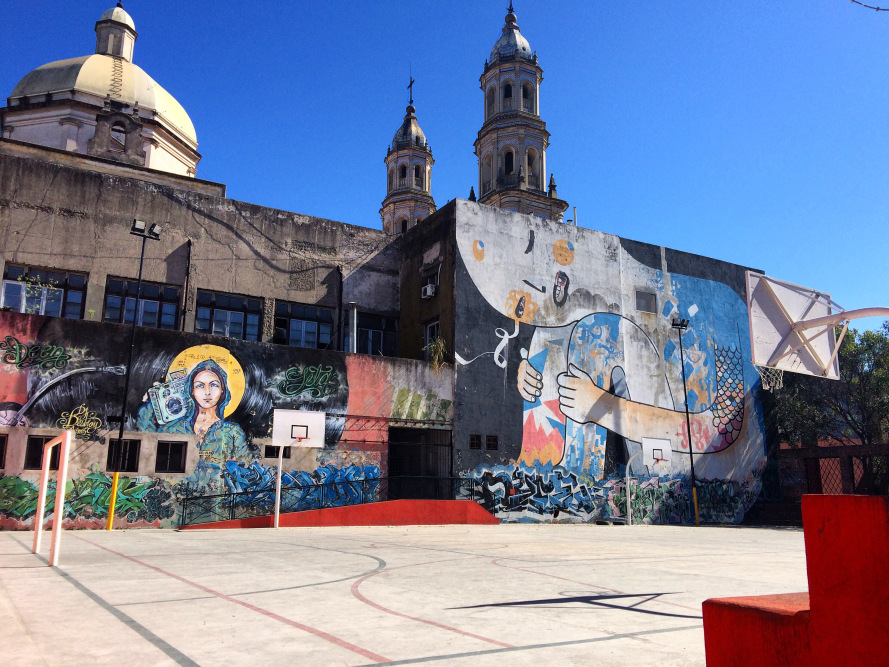 Buenos Aires cannot be pinned down, labelled, least of all compared. You will hear that the buildings were designed in the Haussmannien style, but I cannot not agree that the overall architecture looks anything like that of the Parisian avenues; that the terraced homes remind one of Madrid, I am still not convinced. In any case, no generalisation can be made due to the size of the metropolis. It stretches over dozens of neighbourhoods, Palermo being the one that I adopted as my temporary home. Even within Palermo there are several subdivisions, which include Palermo Soho, with its nice boutiques and busy bars (busy to be understood the Argentinian way i.e. full every night of the week until 5am), and the more residencial Palermo Hollywood. It is fairly easy to find your way around because it is mapped like a grid. But little did I know that walking a couple of blocks–unas cuadras–can easily take you twenty minutes…and on the map, you will have covered an area smaller than the edge of your fingernail. 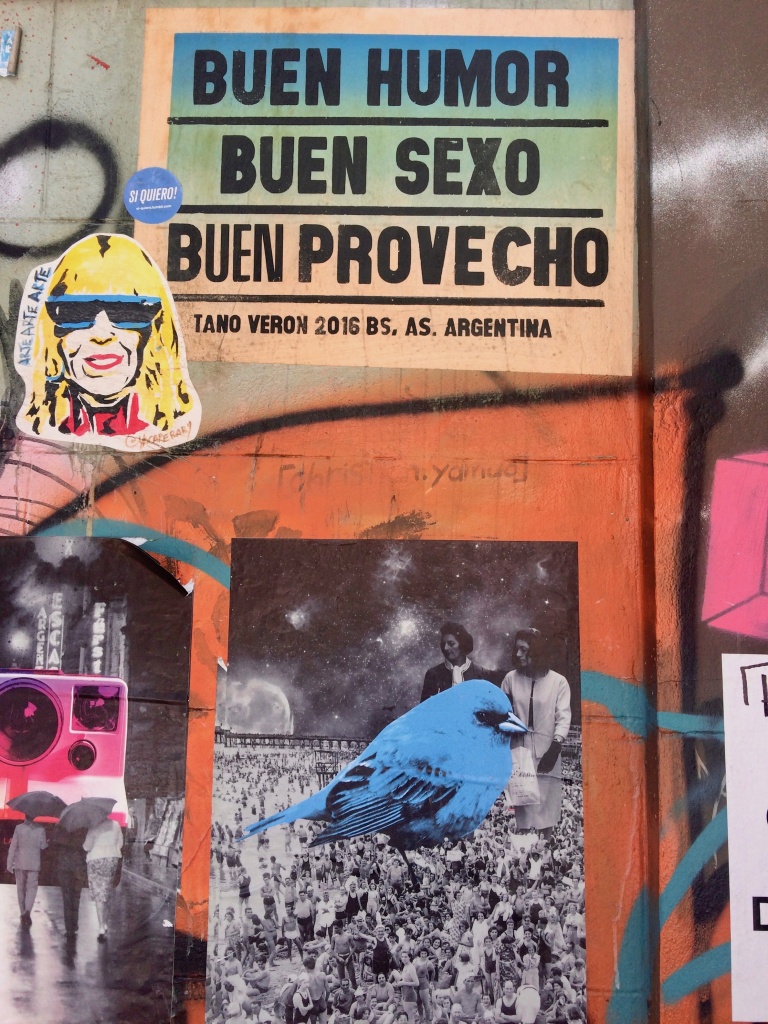 Buenos Aires was, at first, an overwhelming place for me, precisely because I didn’t “get it” straight away. Every time you walk out onto the street, something undoubtedly catches your eye. You will be confronted with the unexpected- whether it be funny or worrying- but there will always be something. You witness this constant movement, this saturation of noise and colour and people all distinct from one another shouting across the street in their incredibly rapid and indecipherable accent. After a couple of days–for some it can take weeks, maybe even months–you become part of the urban liveliness. You blend into the hustling and bustling–well, that is if you are willing to omit the persistent stare. This requires negating, to a certain extent, notions of self-consciousness, in addition to a strong will to simply get over it. 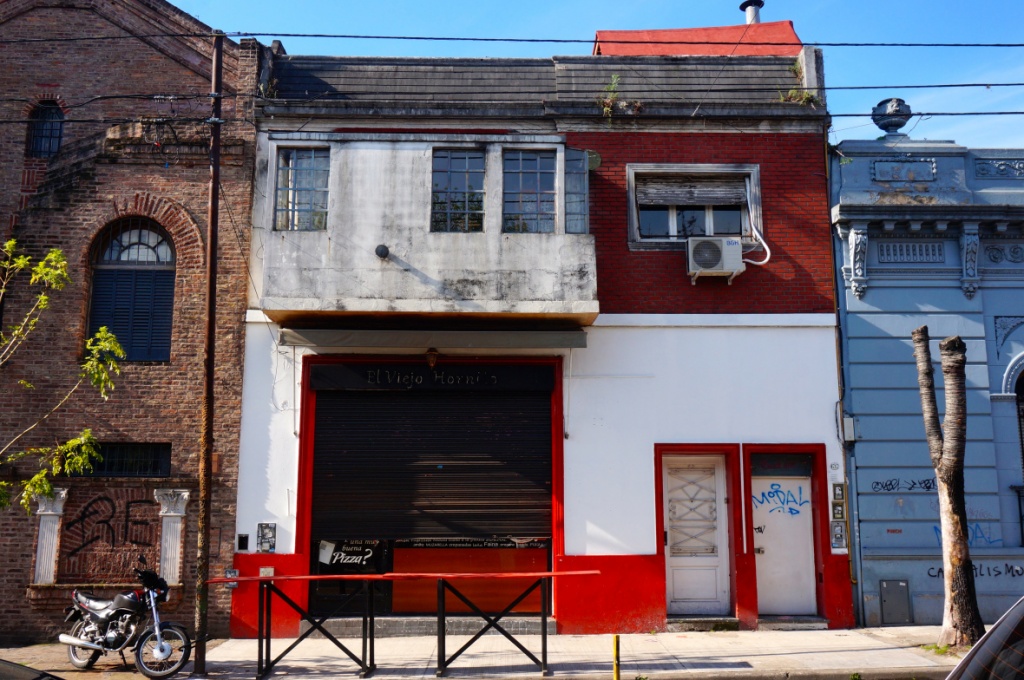 Buenos Aires can be perceived through the Argentine stereotype slash truth of taking everything very, very slowly. Those who know me will understand that this suits me relatively well. There is a timelessness to the street corners, something so reassuring about how latinos tend to stand on their doorstep and carefully observe the same block for several hours. This may be a romanticised interpretation, but I can’t help but picture their parents and grand-parents doing exactly the same, reminding me that the dilapidated walls they all lean against are still and silent witnesses of the past. They somehow give the city its poetic feel, suspending time from the continuous agitation. 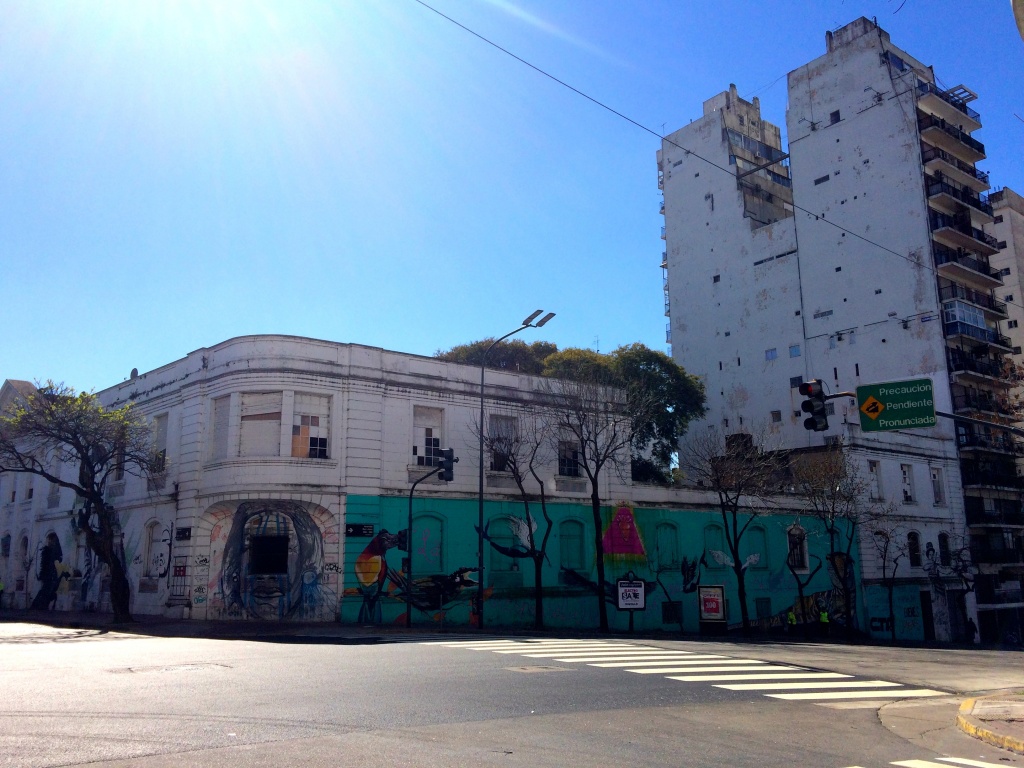 Buenos Aires’ porteños, the locals, embody a wonderful paradox: they appear to be constantly overwhelmed with things to do, tremendously active and extraordinarily productive, yet they are always simply talking about it. It doesn’t take a rocket scientist to realise how full of chat they are–they take smooth talking to another level. And I have grown accustomed to completely loving them for it. You will rarely meet an Argentine who has stuck to one career throughout his life: your typical porteño will have studied medicine for seven years but has now set up his import/export company, whilst playing in a band and working as a chef at the weekend. When you tell him you study History of Art, he miraculously turns out to be an artist, and even volunteers in a museum in his free time. That right there is the best entertainment you will ever be provided with. Obviously, to any Argentine reading me please don’t be offended, you are the most buena onda people I have ever met. The title of my blog [Solo Buena Onda] was thus dedicated to you and your “good vibes”. Thank you for being the most jovial, up-for-anything and relaxed bons vivants to have landed amongst. 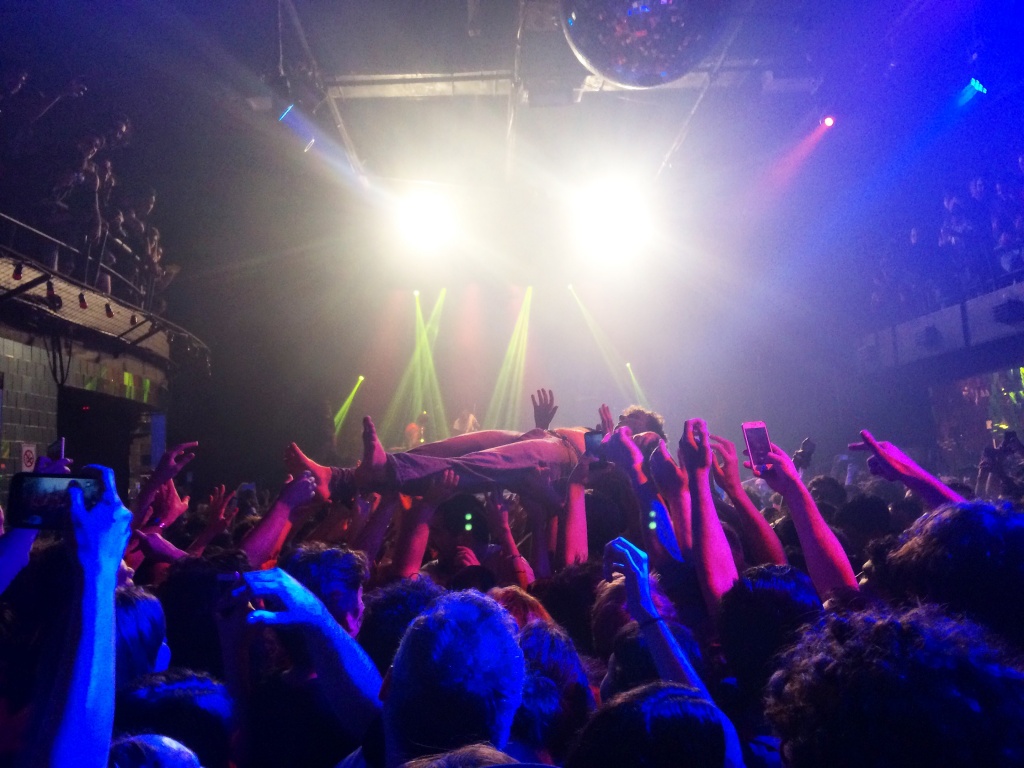 Mac Demarco performing at the NicetoClub.