Hosting the Olympics in Rio de Janeiro motivated Brazil to create an idealistic version of the ‘marvelous city’ for the benefit of its international visitors, whilst ignoring the needs and desires of its citizens. In order to make the Olympics come to fruition, Brazil intensified Rio’s lengthy list of social and economic problems, deepening class divides, increasing police violence, and damaging the city’s natural environment.

The gentrification of Rio’s favelas began in 2009, when the newly created UPP pacific police units claimed control of some of the city’s favela communities previously ruled by drug gangs. Part of the reason for this initiative was to create stability in favelas located next to popular tourist neighbourhoods in preparation for the 2014 World Cup and the Olympics. This had a huge impact on rents and demographics of certain favelas in the South Zone of the city that were once deemed too dangerous for outsiders to enter. Newly ‘pacified’ communities became known for affordable and sought after real estate, thus attracting both Brazilian and foreign middle-classes and pushing out locals who could no longer afford the ever increasing rents.

Another process of gentrification catalysed by the demands of the Olympics was the relocation of 77,000 from the West of the city in order to clear space for the Olympic Village. This state-sponsored gentrification project preyed on impoverished communities who lacked the resources to be able to stand up to the injustice imposed on them by their own government.

Any innovative developments of public space in the city were solely conducted for the Olympics, despite the fact that the actual rate of development was what should be expected from any large city. To add insult to injury, many of these developments, such as the new metro line stretching from Ipanema to Barra da Tijuca with five stops in between, were in prosperous areas with relatively well-connected transport routes.

Gentrification within this context has generally been characterised by the forced removal of poor black communities by the white middle class, which is summed up by the Portuguese term used in Brazil for gentrification, “remoção branca,” or “removal by whites.”

One year prior to the Olympic Games, Amnesty International issued an alert warning that one in five homicides in the state of Rio were committed by police, and the majority of those figures were young black men between 15 and 29 years of age. In the lead up to the games, this figure rose every month, with more than one police killing taking place every day. A stream of other human rights violations was reported, such as threats and unlawful home invasions, which had favela activists up in arms, taking to social media in an attempt to get their plight heard.

Well-attended peaceful protests against the billions spent on the mega event were met with an aggressive response from trigger-happy riot police armed with tear gas and stun grenades. Public right to expression was also stamped on by the security services as peaceful protestors faced detainment and anybody wearing or waving anti Olympic slogans was removed from outside official Olympic venues. 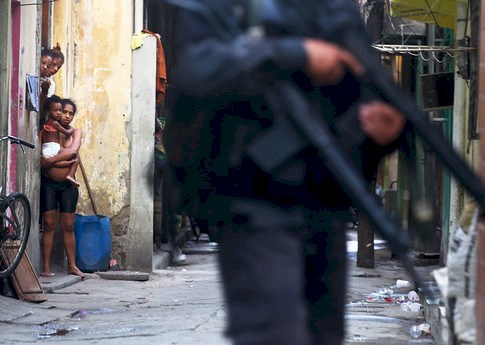 Just one example of the enormous environmental damages caused by the construction of venues for the Games is the case of the Olympic Golf Park. It was built on an environmentally protected area of wetlands that housed diverse native plant life and endangered species and was registered as a UNESCO heritage site.

The location was conveniently within Barra da Tijuca, nicknamed Rio’s ‘Miami beach.’ The course was also the back garden to a 22-storey high rise, and the perfect project for real estate companies’ capital gains during the games.

The IOC and FIFA are highly mobile rent seeking companies, which have no outside moderator to assess the negative impact they have on their host countries. There was no kind of social engagement with the people of Rio that could have minimised the damage done as nobody had the choice of whether or not either of the two mega events would be housed in their city.

All federal institutions set up to plan the Olympics were dissolved as soon as the curtains fell on the Closing Ceremony, allowing them to scurry away before they were held accountable for any wrongdoings discovered in the aftermath of the games.

Rio has been left with an extreme debt, severe class divides and a large part of the city now privatised, spelling turmoil for immediate future of Brazil.

Does the Olympics just serve the elite?

The modern reality of the ancient tradition of the Olympics is that it wreaks havoc on every host city it enters. London is no exception. The 2012 Olympics saw companies building homes for private rental on council-owned land, spurring a protest from Focus E15 Mothers, a group of single mothers who were evicted from a hostel in Stratford in the lead up to the Olympic games to make way for luxury flats. The council’s attempt at compensation was to rehouse them to locations as far as Manchester and Birmingham, hundreds of miles away from where they had grown up and established their lives.

The Olympics is protected by a shield of patriotism and an image of world unity. The fact that the Olympics moves from country to country solely benefits real estate companies, and the IOC. A trail of derelict Olympic parks can be found in locations such as Berlin, Athens, Beijing, Moscow and Saravejo, concrete proof of the wastefulness and unsustainability of the Olympic tradition. The structure of the Olympics must be drastically changed for it to live up to its reputation as a unifying and socially beneficial event. 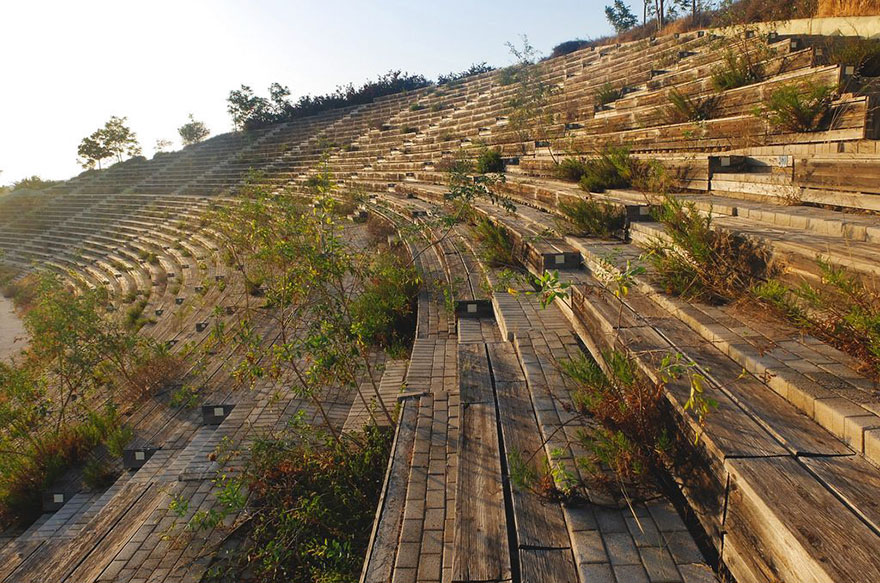