Latin America in Bristol editor, Zara Huband, looks at the experience of this summer’s games in Rio when social tensions and health scares vied with the Games for global attention.

Benefits for the public

It remains a very open question whether or not the Olympics have brought any lasting or economic benefit to many of the countries that have staged it. While the London Olympics can be said to have helped in the regeneration of a large part of the city, there is as yet very little evidence that the same can be said for the Rio Olympics. Set against the background of huge anti-corruption protests that have been staged across Brazil during the past two years, the impeachment of the President, and other clear signs of the weakness of the Brazilian state, there are few grounds to expect that the income from the Olympics and the sporting infrastructure that was built to stage it will bring any real benefit to the Brazilian people. Before Rio 2016, the last Olympics to be held in Latin America were the 1968 Mexico City games. Both games bare similarities in that they were staged in countries that had bigger priorities than the staging of prestige projects like the Olympics. It was clear very early on that most of those living in Rio did not want the Olympics, but this had little effect on the proceedings and the grievances suffered by many of Rio’s residents were mostly ignored.

The discovery of the virus was a firm reason to doubt Rio’s ability to host the Olympics. The virus caused a huge threat especially to those living in favelas, who were the worst hit, due mainly to bad sewage. In Rio alone, 26,000 cases of Zika were reported in 2016. Public health advisers, ‘WHO’ are partners and advisers to the Olympics, who specifically advised on the Zika virus. Tourists were recommended not to visit the areas with sewage problems where mosquitoes could breed. This is just one example of the difference between the experience of visitors to the city and the experience of Rio’s residents, which was hidden from the international audience. Whilst authorities assured tourists that they would be safe from the Zika virus in Rio and gave instruction for avoiding infection, residents of Rio’s favelas were still forced to deal with the sewage that would not disappear with the tourists.

The security threat in Rio was a concern that organisers had promised to resolve, however, the police forces themselves complained of being under-paid and having bad equipment, even welcoming travellers to the city with a ‘Welcome to Hell’ sign. Working on the city’s safety obviously became a priority in the lead-up to the Olympics, but the dangers that had always been present for the residents were put aside in view to safeguard the more important passing visitors. When the only contact favela residents have with the government is in the form of a policeman, an increase in police presence is not going to make them feel any more positive towards the games nor the people who will be enjoying them. 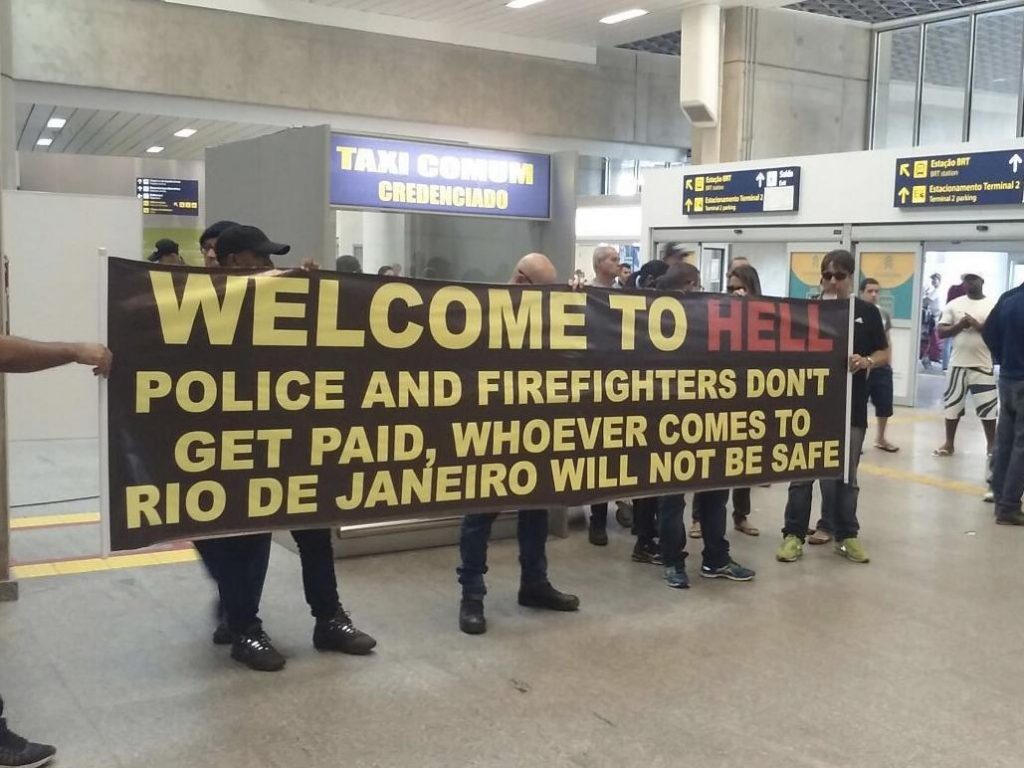 Police greet spectators at the airport

The impeachment of the then president, Dilma Rousseff was an ongoing controversy right up until and throughout the Olympics. The Brazilian people did not see the Olympics as their priority, at the time of a huge corruption scandal and the county’s biggest recession in a hundred years. Brazilians did not want their government investing huge amounts into such inessential things as the Olympics Games. The hundreds of empty seats proved that. 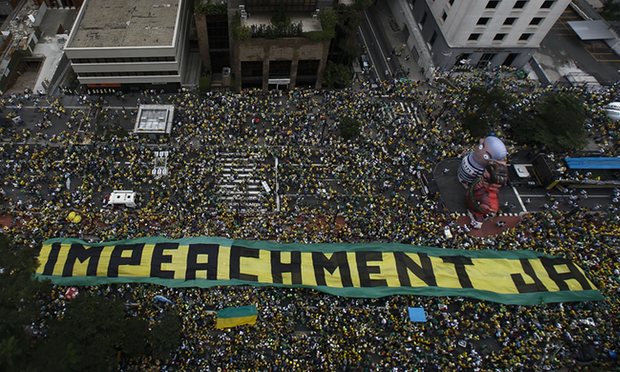 Stories are filtered through each country’s national media coverage, and the Olympics are no exception to this, meaning our knowledge of what was happening was dependent on our own (national) debate on the Olympics. What these Olympics needed was international attention on the people of Rio and all that they were enduring. Those living in Rio’s favelas were more concerned with the threat of relocation and the destruction of their houses; entire neighbourhoods were destroyed to satisfy the predominantly international crowds and future developers. But news coverage only showed the glamour of these new developments. 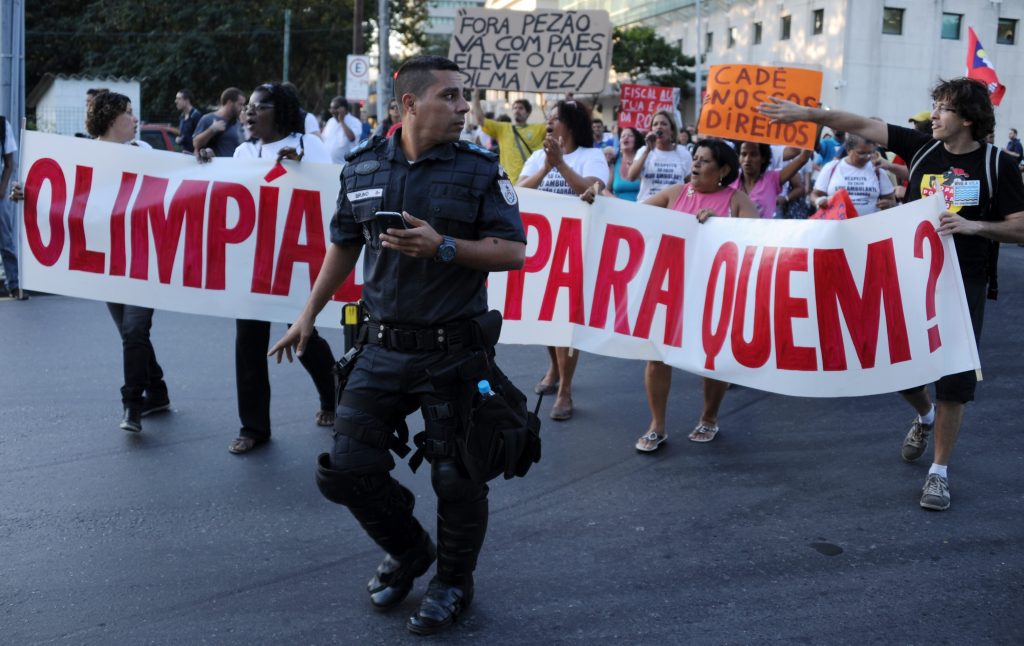 Demonstrators hold a banner reading “Olympics for whom?”

The Olympics have the capacity to be an instrument for change but by ignoring the feelings of such a large majority of the people, Rio’s Olympics failed to achieve any kind of lasting positive impression. The purpose of the Olympics is to bring countries together in a celebration of their athletes but Rio mainly succeeded in causing many of its own people to feel alienated. The Olympics could have been used to give a voice to the millions living in poverty so close to the Olympic park. But Rio 2016 was a different kind of Olympics. The games may be over but its consequences are not.

Photo Credits (From top to bottom):CBC, The Independent, The Guardian, The Intercept.