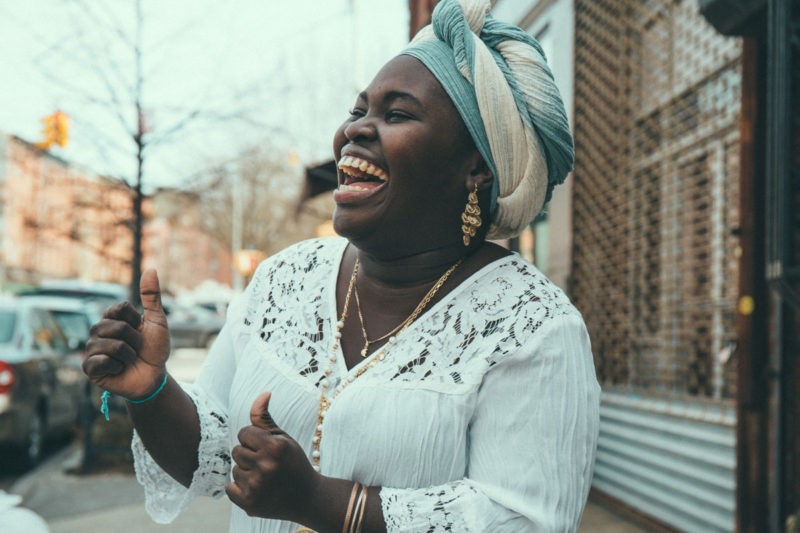 Daymé Arocena’s majestic presence is a visual experience as much as a musical one. She radiates positivity and throws herself energetically and completely into her singing making the influence of the years she spent as a choir leader all the more evident. Her strong, deep, baritone voice is matched by the physicality of her performances and the all-white outfits she wears in keeping with her traditional religion. Arocena is a follower of Santería, an Afro-Caribbean religion based on Yoruba beliefs and elements of Catholicism. Usually the white clothing is worn for a year during initiation but she decided to keep it as a sign of the new birth in her life; becoming a santera. It is a religion that was born out of slavery which puts music (especially drumming) and dancing at its centre so it’s not unusual to hear a Yoruba chant incorporated with scat singing in many of her songs.

Arocena’s music encompasses such a variety of styles, it’s a testament of her ability to absorb music of all genres and come out with something completely unique. Layers are created in her music through incredible improvisation and an amalgamation of jazz, neo-soul and rumba sounds. Her knowledge of classical music is as extensive as her appreciation of jazz, unsurprising considering the incredible music education young Cubans receive in school. She names Nina Simone as her queen, for not just being a singer but for singing everything entirely in her own way, something which she hopes to emulate in her own music. There is as much creativity in her own songs as in her versions of jazz standards. Her cover of Cry Me a River weaves together a simplistic rumba beat alongside her voice. Despite the traditional influences in her music, its uniqueness is a sign that Cuban music is still as afresh and pioneering as it has always been, it’s disconnect from the rest of the world enabling it to produce such distinctive sounds as that of Daymé Arocena.

Arocena was already successful in her native Cuba but achieved wider fame when she was featured on the Havana Cultura Mix – The Soundclash, a collaboration between Cuban artists and emerging electronic musicians from around the world produced by Gilles Peterson. Arocena collaborated on 3 tracks. The first is U Knew Before, an R&B-style track produced by the Russian Raumskaya; the second sees Chilean Noi5er draw house beats and percussion together to work with Arocena’s voice on Me lleva La Habana and the last is Sandunga, a more traditionally Latin-sounding track performed with the Swiss Merlin Cornu. Every track is distinctive, with each artist bringing their own style to the album which, however, maintains a strongly Cuban sound thanks to Daymé Arocena’s characteristic Latina influence.

Nueva Era, her debut album, was released under Gilles Peterson’s Brownswood Recordings in 2015 and the extent of her range and originality truly comes out. It merges the soulful ballad-like quality of her voice in Sin Empezar with the funkier neo-soul sound of Don’t Unplug My Body.

The album One Takes, which came out in May of this year, is a selection of various covers. It shows once again her ability to put a unique spin on five distinctly different songs, from Burt Bacharach’s Close To You to Peven Everett’s house track Stuck.

Before the release of her albums, the 22 year-old had been a member of Sumsum Corda, a jazz fusion quintet and the Joaquín Betancourt Big Band. Through these experiences she couldn’t help but notice the extent of the machismo of jazz as she found that she was usually the only woman in the groups that she performed with. This realisation led her to create Alami, an all-female group that she often plays with.

Daymé Arocena is proudly female, black and religious. The pride she feels as a black Cuban musician and the open dedication she has for her religion make the passion in her music all the more tangible, as she manages in her own way to create an exciting blend of music and spirituality using the ‘beautiful energy’ of Santería.

If you want more…. 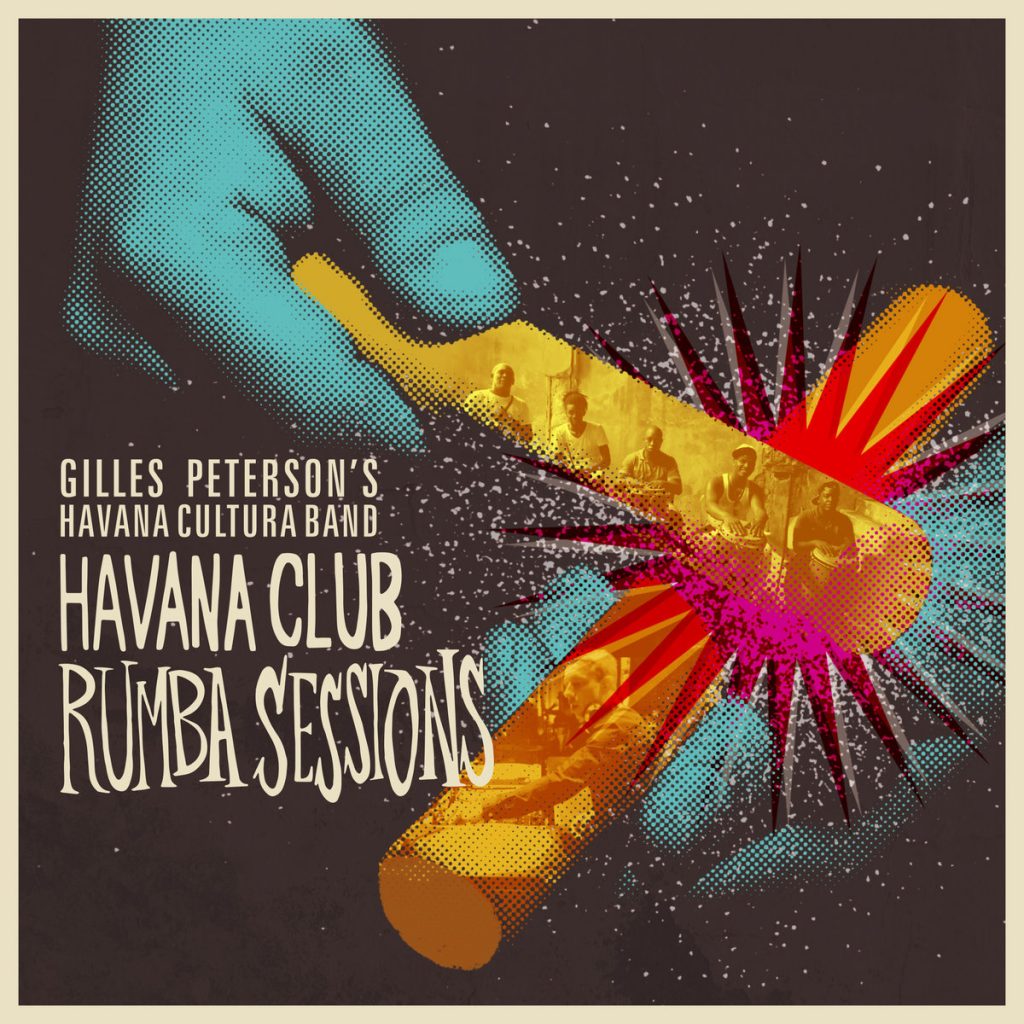