In a country like Venezuela it is almost impossible to separate music and politics. Pablo Navarrete’s documentary explores the collective known as Hip Hop Revolución, a community group based in and around Caracas. The British activist Jody McIntyre and British-Iraqi rapper Lowkey travelled to Venezuela to discover and get to know the collective, ending the trip with an opportunity for Lowkey to join them in performance at a government concert. 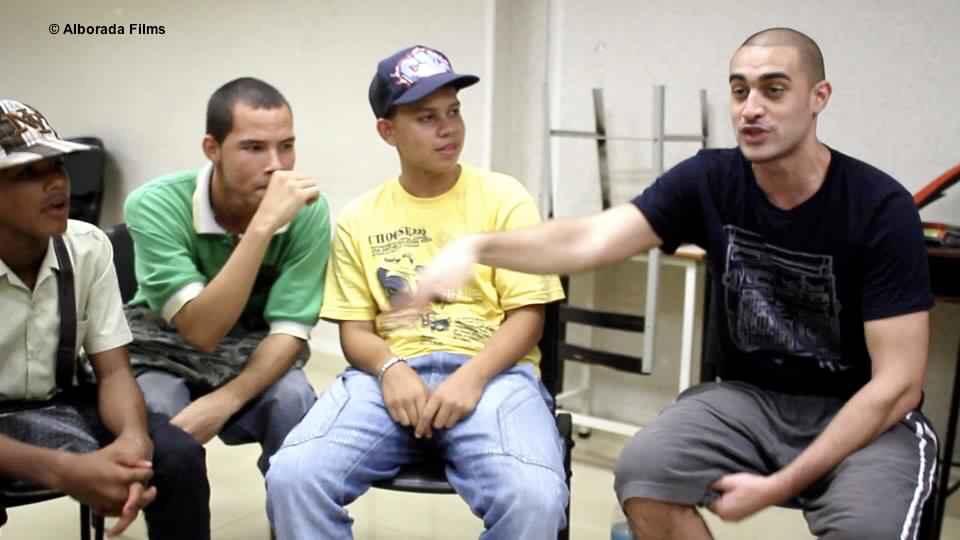 Set up in 2003 – the year after the Anti-Chávez coup, which ousted him for 2 days – the collective see themselves as a grassroots, revolutionary group with the aim of educating young people in all things hip hop related, but especially to train them to be politically-minded and to create their own Venezuelan identity. The collective’s open and strong support of the Chávez government is unlike the typical anti-establishment image of hip hop. For them, opposition is instead aimed at the USA, ironically using a very American music genre to challenge American society. Nevertheless, the group maintains an underground image in Venezuela, since the hip hop they make is not mainstream and cannot compete with genres like reggaeton.

Through the fight against Venezuelan and hip hop stereotypes, the documentary shows a side of Venezuela that can easily be forgotten amid the talk of poverty and violence. The group’s focus on community and its socialist mindset is what impressed Jody McIntyre most: as an activist, he describes how many of the aspects of Venezuelan society are what he is advocating for in the UK. In fact, he went to live in Venezuela for a time after the documentary was made. The documentary makes this seem like an understandable decision, as the scenes of young people who are able to talk about the politics of their country and creatively express themselves through music is impressive.

The incredibly positive depiction of the Venezuelan government by those interviewed comes from a place of real belief, in their local community, but also in the socialist Venezuelan ideology. Most of the participants come from a low-income background and use the group as a way of showing solidarity. However, whilst the number of female rappers around has been growing over the past few years, it is hard to ignore the lack of women in the collective, perhaps a reflection of the role of women in hip hop or the machismo of Venezuela and Latin America. This is the downside of political groups speaking out for the people, as they will inevitably speak for women. Even so, as Navarrete commented in the Q&A, there are many other grassroots groups led by women in Venezuela. 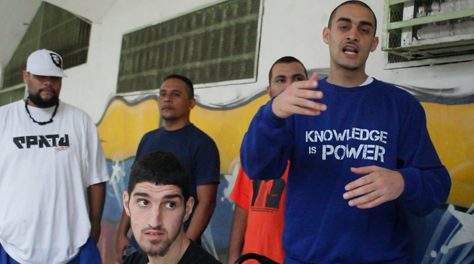 The documentary shows us a different kind of protest, with people making themselves heard by educating themselves and their communities. Hip Hop Revolución serves as a reminder of the link between hip hop and politics, and by politicising the next generation of rappers a space is created for young Venezuelans to have a voice and express themselves creatively.