It is difficult to separate the link between history, memory and politics. Given the history of Latin America, one that seems to vacillate between political extremes, it is difficult to unpick how the memories of past events can be objectively historical since they are always written from a specific political narrative. Quintero began by mentioning the influence on her research of Georg Iggers, a German Jewish historiographer who fled Germany in 1938 and the parallels between Fascist and Socialist totalitarianism which led to Quintero’s initial research on Venezuela’s political use of history.

Quintero’s talk focused on how in Hugo Chávez’s Venezuela, history became more explicitly used to service the Bolivarian Revolution by reshaping the way that history is understood and by replacing past symbols with new ones. The first and most effective symbol that was reappropriated for the sake of the Bolivarian revolution was that of Simón Bolívar, known as the liberator of South America. Although, as one audience member pointed out, Bolívar has always been seen as a symbol of Latin America, the difference here was that Bolívar was used specifically to further the legitimacy of the revolution. An official bust was approved by Chávez which gave the government control over how the image and idea of Simón Bolívar was shared in Venezuela.  Another symbolic change was renaming the country to be the Bolivarian Republic of Venezuela. The government defended this name change by stating that his new country was the socialist republic that Bolívar would have wanted to form. The direction of the horse which appears on the Venezuelan emblem changed direction from riding to the right to riding to the left and an eighth star was also added to the flag of Venezuela in memory of Bolívar. 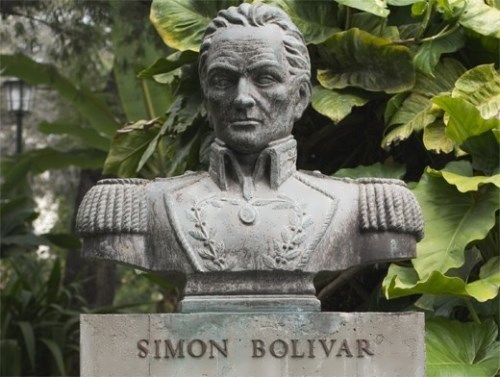 The role of the state and all of its affiliated groups to rewrite a monolithic history of Venezuela emerged as a major element in strengthening the revolution. As well as the change in symbols, there had to be a change in the systems that formed citizens’ understanding of their country. Quintero spoke of the role of the Centro Nacional de Historia (National Centre for History) and how it has been central to constructing a single historical narrative as a way of justifying the actions of the revolution and elaborating an epic of revolution. The Centre was created in 2007 by Chávez as a way of moulding the historical narrative. The Academia Nacional de Historia de Venezuela – for which Quintero works – is another centre which has existed since 1888 as a place for researching Venezuelan history. These two centres seem to exist in opposition to one another diffusing different parts of the history of Venezuela. If the history of a country is understood as a story rather than fact then those telling it have the power to decide how it is represented and this was shown in 2010 with the bicentenary of Venezuelan independence which was celebrated not simply as an independence day but as part of a 200 year fight against imperialism and was used to condemn the failures of the 20th century, in particular the failings of democracy.

The power of the government to narrate the past was also strengthened by the introduction of the Bolivarian curriculum in 2007 as a further method to impose a more singular understanding of history. It was not just history books that were changed, but in all school literature, including maths books, elements that strengthened the image of the revolution could be found.  One book featured Simón Bolívar encouraging a child to brush their teeth and talking about the importance of hygiene. But elements were also omitted from history and although the pre-Chávez government lasted for 40 years, there was a bigger emphasis in school history books on the 13 year Chávez government. However, involving children so explicitly in the process of retelling history was met with a backlash, and led to some people burning school books in protest. Raising questions as to how far a government is willing to go to control the past, Quintero drew parallels with Orwell’s 1984 more than once, drawing our attention to the quote “who controls the past controls the future.” 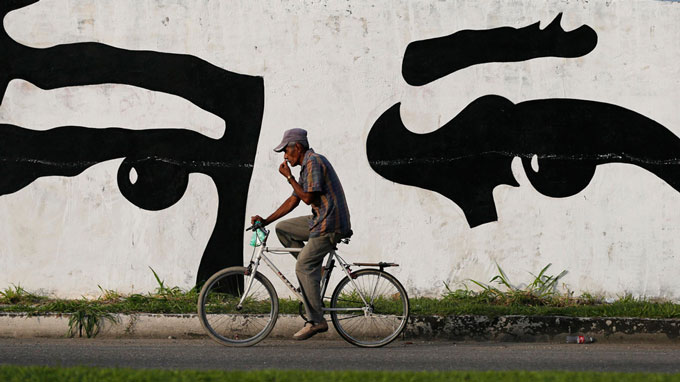 Chávez’s final order before his death was that Maduro would become his successor. With this implementation his power has continued, he has adopted a god-like position and the use of history has now evolved to use his image in the same way as Bolívar’s. His mausoleum is publicly accessible and there is canon fire every day at the hour of his death. This cult of personality extends to graffiti: Los ojos de Chávez (Chávez’s eyes) are seen scattered around in a Big Brotheresque way, surveying from every corner of the country and reinforcing the idea of Chávez as the “eternal commander”. But the most telling example of this cult is through the signs usually found in public spaces and government buildings stating “Aquí no se habla mal de Chávez” (We don’t speak badly of Chávez here) and these have evolved to include “tampoco de Maduro” (nor of Maduro). 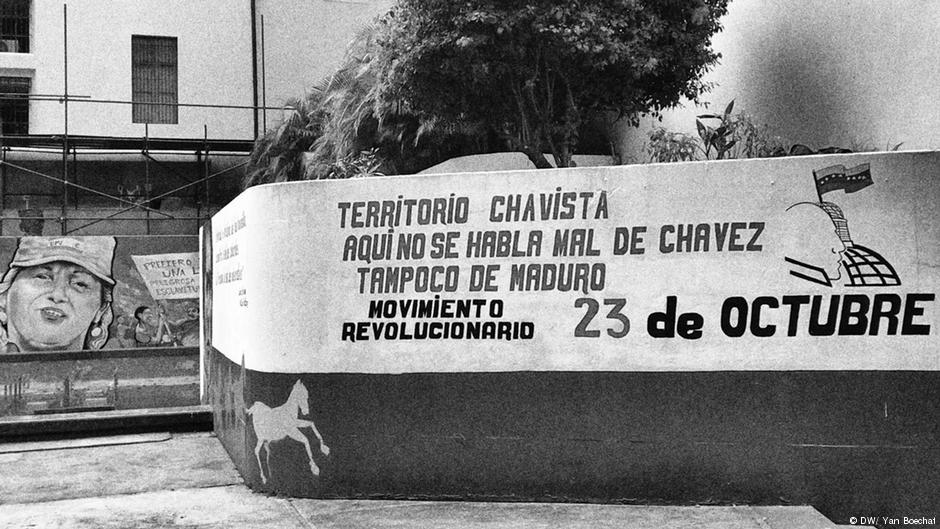 Through the panel discussion at the end of the talk, comparisons were made with other countries and how history is constantly being used by governments to further their own agendas but this feature is not unique to totalitarian states. One panelist offered the example of the UK and its lack of teaching about empire or its disregard for teaching about the Troubles in Northern Ireland. This emphasised the notion that history is always political, as the way it is told depends on who controls that history. Huge responsibility comes with the teaching of history, and those who have the power to tell it need to treat it as objectively as possible, allowing for criticism of versions of the past and of being conscious of diversifying the voices that feature in it and are allowed to comment on it. One question that particularly struck me was whether there was a difference between memory and history which it seems there isn’t: memory constructs history and history influences memory. That this is why it is so important to validate and listen to different experiences so that the past does not become a tool for the powerful to use to their advantage.