First things first, apologies for the delay in providing you with this write up of the dramatic Copa Libertadores Final that took place on Saturday. Fortunately, the Flamengo twitter machine has been, hmm, busy ever since, letting the world know that Flamengo, and indeed, Brazil, are the Champions of Latin America. 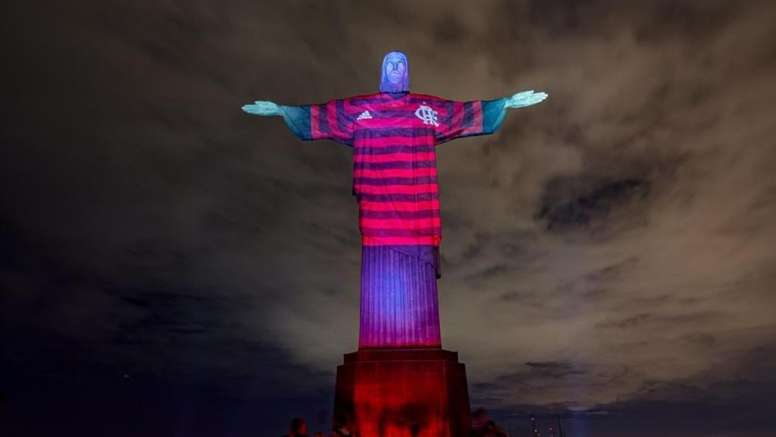 Onto the more formal proceedings, I am delighted to announce that the whole occasion was an astonishingly rare and treasurable non anti-climax. Football, especially in the Latin American game, is a hyped and saturated sport which often fails to impress when it culminates in a seemingly and supposedly dramatic and important event. On this occasion, from buildup to final whistle, there was drama, passion, politics, tears of joy, tears of agony and all the elements that you could want and expect from the most important game in Latin America. 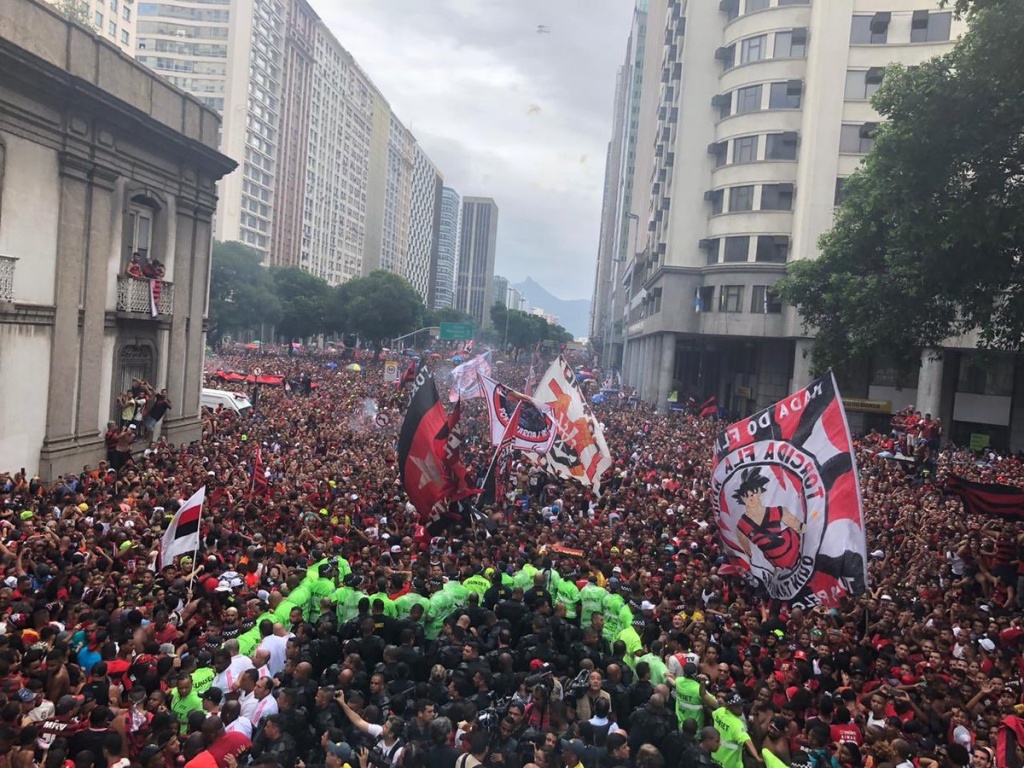 The final, between Buenos Aires based River Plate and Rio de Janeiro based giants Flamengo, had, at the very least on paper, everything required to be a great final. Two of the largest clubs from the two largest footballing nations clashing in the pinnacle of the footballing calendar should be enough. But, to the delight of fans around the world, the Copa Libertadores always goes above and beyond. Buildup to the game focused on the enforced decision to move the final from Santiago de Chile to Lima, Peru in response to the political and social unrest that has swept the Chilean capital.

Indeed, the two teams, which were meeting in the first ever one-legged final of the competition, were entering with their own motivating factors which made the tie even more delicately poised. River Plate, fresh from their unforgettable and historic victory over bitter rivals Boca Juniors in 2018, were keen to defend their title and march into the history books once again. Flamengo, who had only won the competition once before in 1981, were entering the final after a very difficult year. In February 2019, a fire broke out in the training centre of the Flamengo youth team, killing 10 people. Their eventual victory and the stunning passion shown in their celebrations were a timely reminder of the reconciliatory and joining effect that sport can have in the face of tragedy and adversity, something well worth remembering as the world battles with the corruption and capitalism of the modern game. 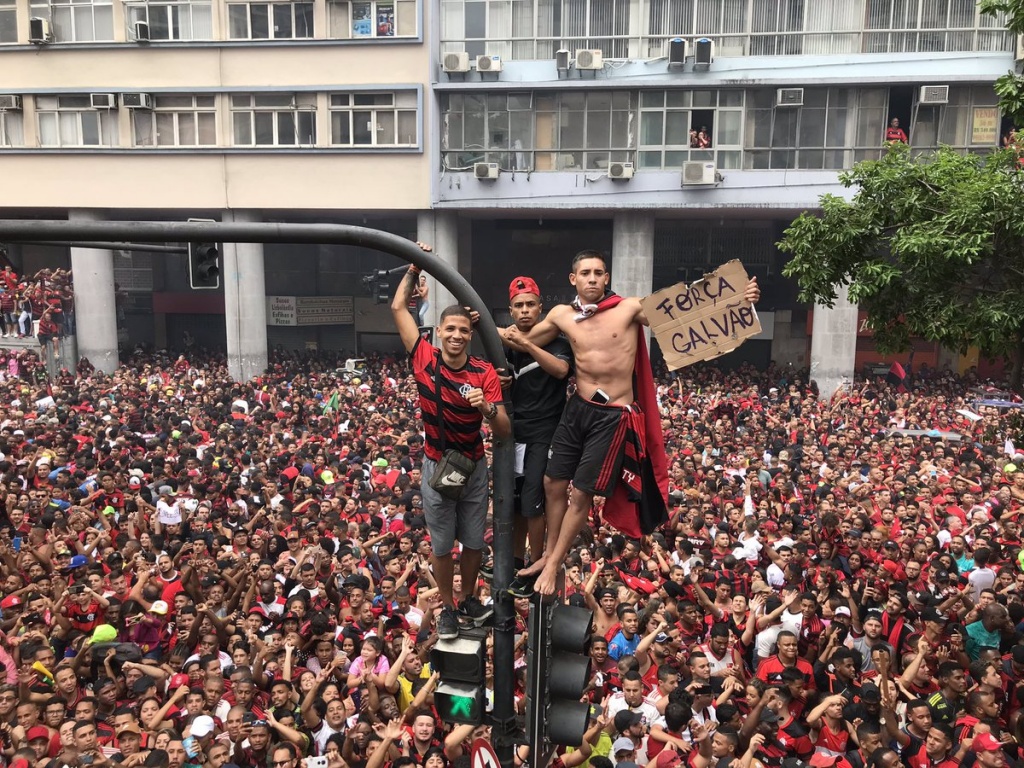 With regards to the game, it was quite a humble affair. Colombian striker Raphael Borré put River Plate in the driving seat with a fine first time finish (note the wonderfully zoomed in angle and scenes of delirium from the River fans in the video in the link!) into the bottom corner in the 14th minute. Truthfully, from the 16/17th minute, when the River Plate fans finally calmed down to their usual level of noise to the 88th minute, the lid was kept on this match and it all was resigned to a gentle simmer. Tick tock went the clock towards a River Plate victory. Then… suddenly… enter GabiGol.

From absolutely nowhere, the enigmatic Brazilian striker Gabriel Barbosa, creatively nicknamed GabiGol and on loan to Flamengo from Italian club Inter Milan, bursts into life. Tricky winger Bruno Henrique plays a wonderful slipped through ball into De Arrascaeta who plays the ball across the face of the goal for the striker to bundle the ball home after doing very well to stay onside. 89 minutes. Scenes. Bedlam. That is that right? 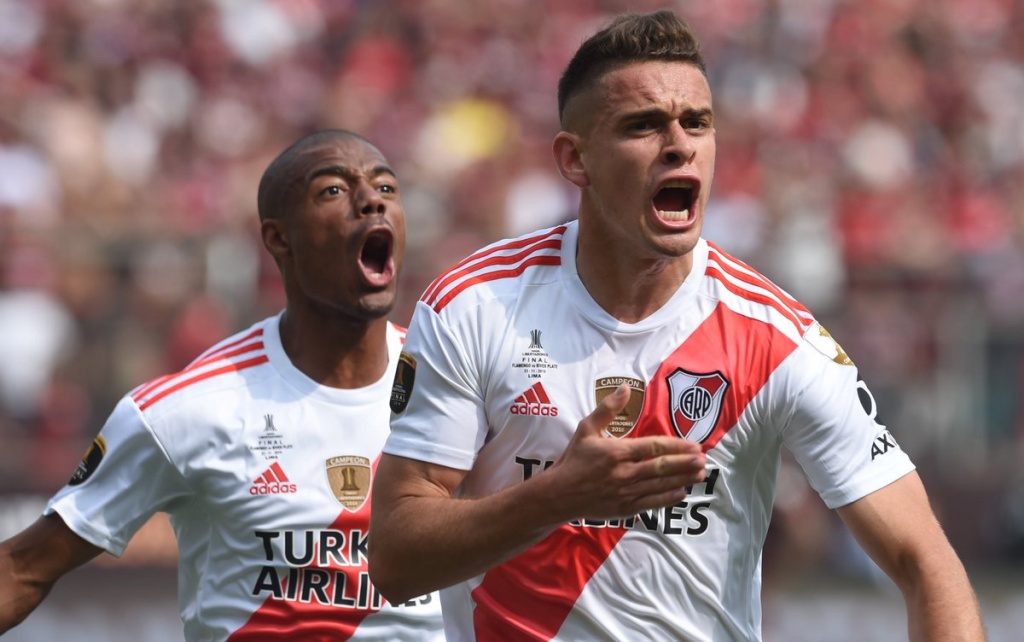 How does it feel to score for your team in the CL final? Ask Borré

The whistle is a few moments away now in the 92nd minute when… Enter. GabiGol. (again). A horrific defensive mixup leads to a River Plate defender hashing a hoof upfield from the Flamengo goalkeeper, knocking the ball into the path of the prolific Brazilian and… literal riots!(look out for the riot shield!)

GabiGol wasn’t finished yet. 2 Goals and a red card in the space of a few minutes, being booked a second time for dissent, moments after Palacios of River Plate was sent off.

It was an astonishing finale to a, quite frankly, poor final. The wonderful sporting saying “It isn’t over till the fat lady sings” could not have been truer. The elation of a last minute winner cannot be compared to anything, and at least for the next year, the bragging rights remain with Flamengo. Anyone looking forward to the Club World Cup next month?

Photos taken from River and Flamengo Twitter feeds and Besoccer