Founded in 1952, Café La Habana is best known as the place where Fidel Castro and Ché Guevara planned the Cuban Revolution. Colombia’s Gabriel García Márquez, arguably Latin America’s greatest ever author, used to visit and is said to have written part of his magic realism masterpiece, One Hundred Years of Solitude, there, while Mexican poet Octavio Paz, another Nobel Literature Prize winner, was also a regular. British Journalist Duncan Tucker paid a visit to the café to find out more.

At one table in Café La Habana, Fidel Casto and Ché Guevara would plot revolution. At another, Gabriel García Marquez could be seen scribbling into his notebook. Mexico’s current president, Andrés Manuel López Obrador, used to read quietly in the corner, while punk poet laureate Patti Smith once performed here in homage to the Chilean author Roberto Bolaño, another regular who immortalized the café in one of his novels.

There can’t be many cafés in the world as steeped in history as La Habana.

A quiet establishment founded in Mexico City’s Juárez neighborhood in 1952, it looks pretty unremarkable from the outside. Step inside, however, and it feels like entering a 1950s film set. With wooden furniture and large black-and-white photos of Havana lining the sepia walls, the decor has hardly changed in almost seven decades. 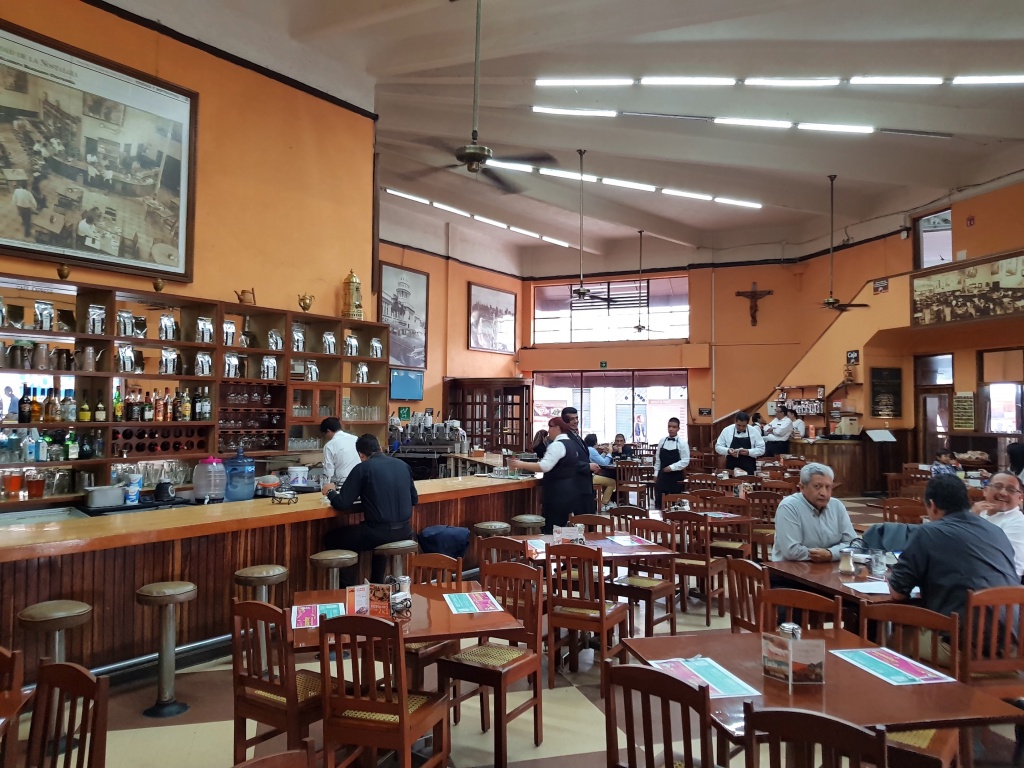 Few people know La Habana’s history better than 76-year-old Ricardo Mendoza, who first visited in 1970 and has studied its past extensively while working here for the last 17 years. Over a flaky Mexican pastry and a glass of La Habana’s signature drink – two shots of espresso topped with condensed milk – Mendoza tells me it was founded by a diminutive Spaniard known as “El Centavo”, who had come here from Cuba and had developed a taste for gambling.

“He liked to play cards and one day he lost heavily and had to sell the café. Since then it’s changed hands several times,” Mendoza says.

Located near a Cuban neighbourhood home to several cigar factories, La Habana proved a convenient spot for a young Fidel Castro to hang out without drawing attention to himself. Having led a thwarted uprising in his homeland four years earlier, Castro began to rendezvous with Ché Guevara here in 1956 when they were planning the Cuban Revolution. 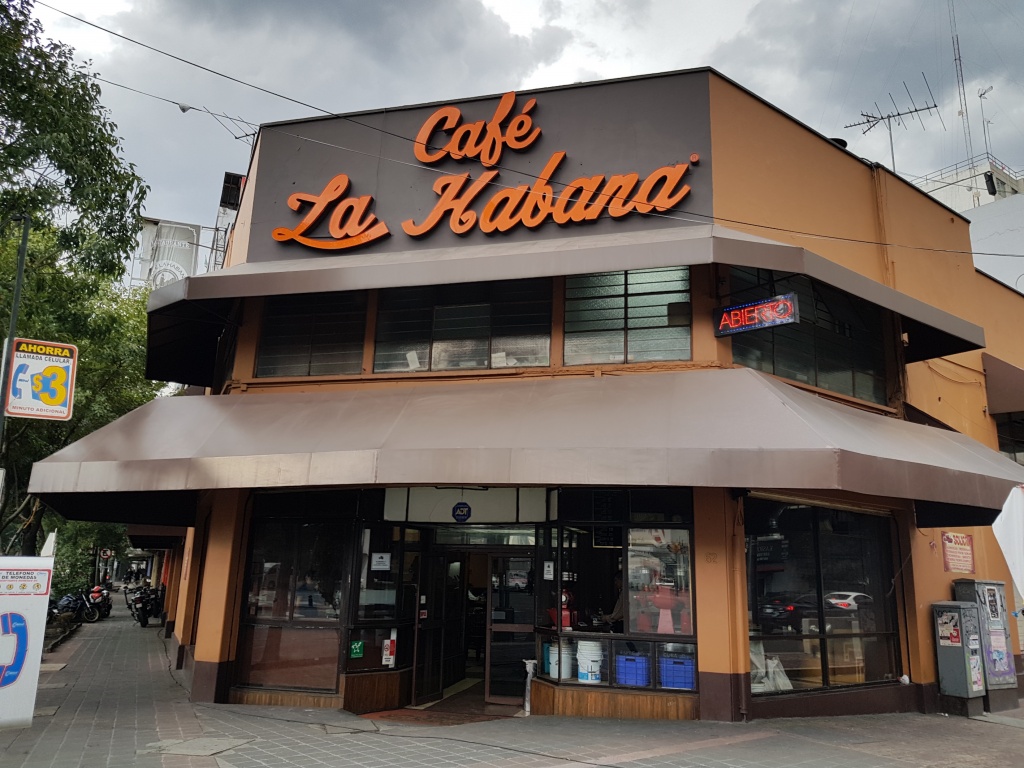 “Fidel was known as cuate, the Spanish term for buddy, because the Cuban secret service were after him, so he couldn’t go by his real name. He rented a number of properties in the area. He was stockpiling firearms and would keep 10 or 20 rifles at each place, so that if one house were raided he wouldn’t lose all of them,” Mendoza tells me.

“Fidel used to meet people here to make plans but he’d only stay for 10 minutes at a time. He wouldn’t sit here eating or smoking cigars. He’d meet Ché and others for a quick coffee and perhaps not even finish it before leaving because of the danger he was in. He couldn’t stay anywhere for long.”

They soon left for Cuba, but as the years went by La Habana’s popularity only grew.

“A lot of journalists used to come here because all the most important newspaper offices were nearby. Artists started showing up because they knew a lot of entertainment reporters came here. If they hadn’t made the papers for a few months they’re turn up and buy the reporters coffee to make sure they were in the next day’s edition,” Mendoza says. 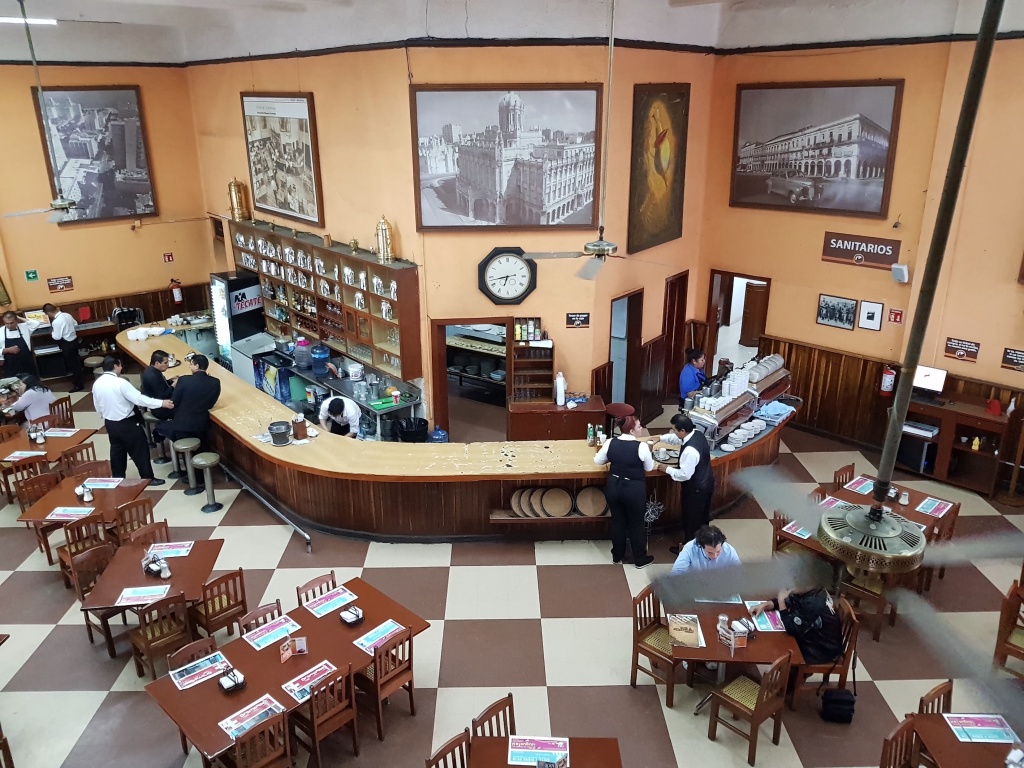 The café’s proximity to government offices also made it a popular hangout for public officials, he adds: “A lot of politicians would come here to be seen, especially at election time, to make sure they’d appear in the papers.”

“Other politicians come in with six or seven armed bodyguards and they won’t let anyone come near their tables, but he would come alone and read quietly in the corner, drinking his coffee. He would speak to anyone who approached him or take photos with them,” Mendoza says.

Today, La Habana has a loyal clientele of local teachers, doctors and priests, among others, but draws surprisingly few tourists. Those who do come from abroad tend to be drawn by its mythical status in literary circles. 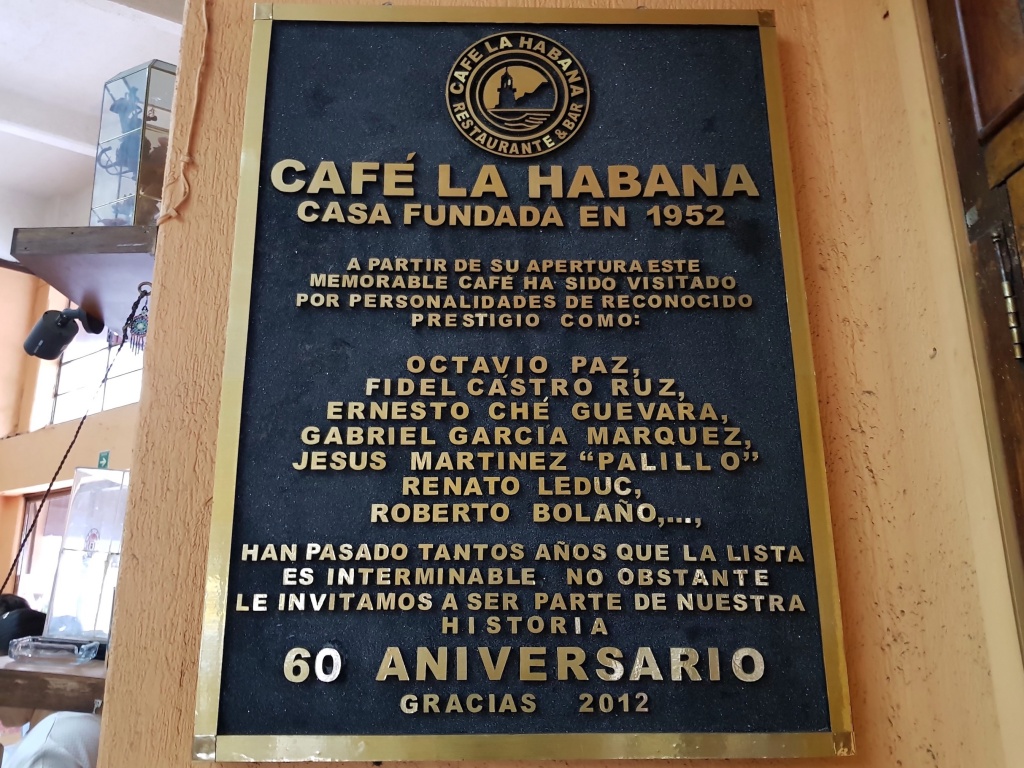 Colombia’s Gabriel García Márquez, widely considered Latin America’s greatest ever author, used to visit and is rumoured to have drafted part of his magic realism masterpiece, One Hundred Years of Solitude, here. He and the Mexican poet Octavio Paz, who both won the Nobel Prize for Literature, would come to mingle with other writers, Mendoza says. The conservative Paz would often argue with the more bohemian Roberto Bolaño, who was at the forefront of the city’s infrarealist movement.

“Roberto Bolaño arrived from Chile without any money. He came to the café and, because it was cheap and they would let him stay for hours at a time, he ended up writing his book here, as well as some of his poems and short stories,” Mendoza tells me.

Bolaño was particularly fond of the chilaquiles at La Habana and was so enamored with the place that he included it in his classic 1998 novel The Savage Detectives, under the name Café Quito. That thinly-veiled reference has made it a Mecca for his fans.

“Students come from countries like Chile, Argentina and Colombia just to see where Roberto Bolaño used to write,” Mendoza says with pride. 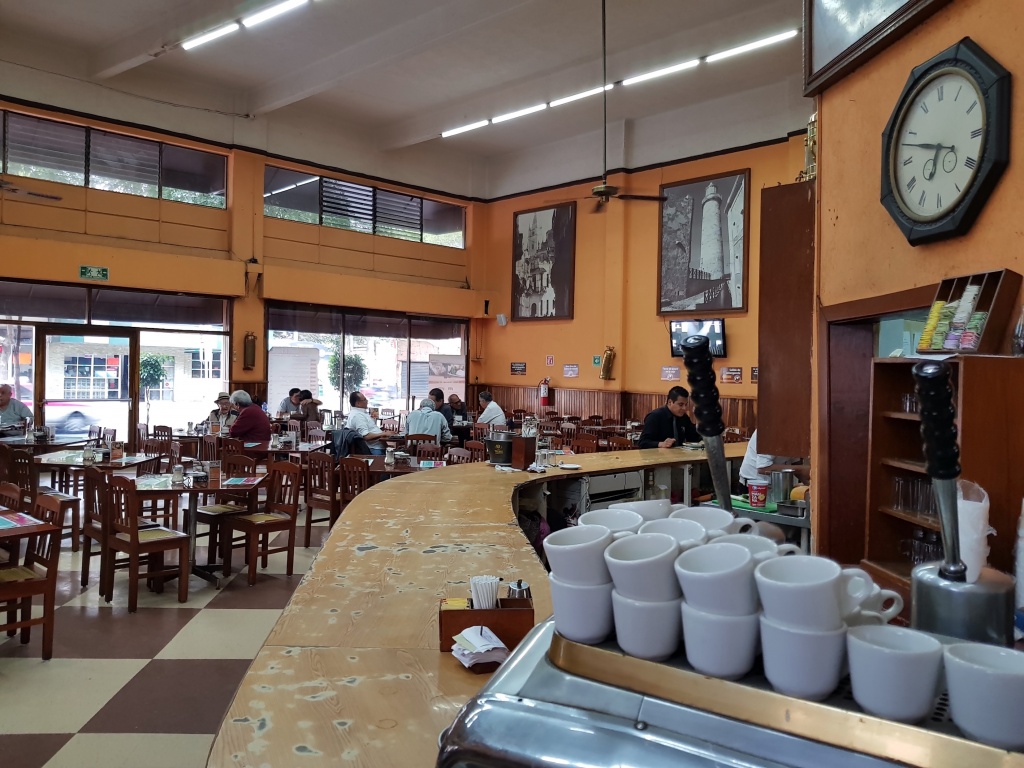 Legendary singer-songwriter Patti Smith was so inspired by Bolaño’s work that she not only tracked down the café, but in 2017 she performed and exhibited her photography there in the Café La Habana sessions, thus becoming the latest in a long line of iconic visitors.

With so many storied figures writing chapters in La Habana’s history over the years, I ask Mendoza if he thinks a future icon could be writing their masterpiece here today. He sighs, before lamenting how today’s clients are always glued to their smartphones.

“It’s difficult to see that happening because of the Internet. People still come here but they’re not going to write anything.”