The strangest of Escobar’s legacies

Written by BristoLatino
Posted on December 14, 2015

Emma Toogood weighs up the three possible solutions to Colombia’s hippo problem, which is spiralling out of control.

Pablo Escobar was the man who brought Colombia to its knees. He and his Medellín cartel unleashed a reign of terror over the country from which the population is still recovering. The full scope of his legacy and the damage he has caused is not wholly known some 20 years after his death.

However, perhaps the most bizarre part of Escobar’s legacy is not found in some homicide statistic or in his influence on Colombian politics, but is rolling around in the muddy rivers of Antioquia in the form of around 50 to 60 hippopotamuses.

Escobar, with too much money to know what to do with, created a zoo at his (now government-owned) holiday home Hacienda Napolés. Putting his illicit trade expertise to use, he managed to smuggle in a variety of exotic animals including elephants, giraffes and four hippos – three females and one male. After Escobar’s death, his riches were seized, his hacienda looted and the animals were mostly donated to Colombian and international zoos. The hippos, however, have become feral. 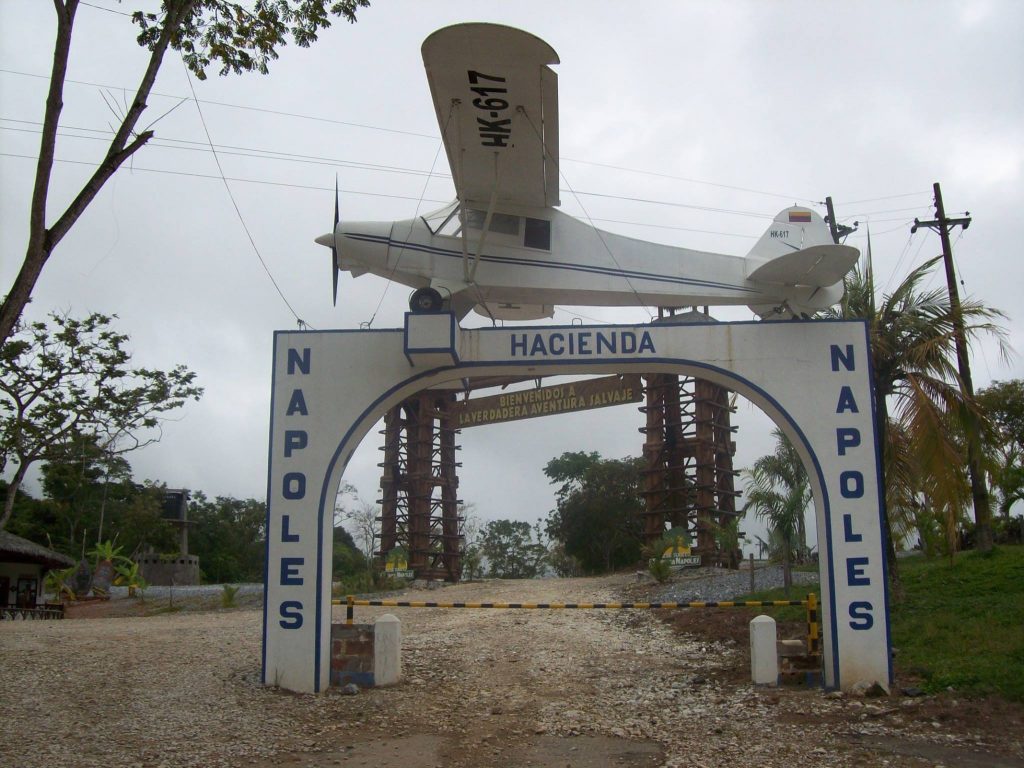 These hippos are a serious problem for local Colombian authorities. The World Wildlife Fund described them as a “time bomb” in 2010. It seemed that the bomb got even closer to detonating last month when a couple of hungry hippos went wandering around a local village. They were looking for food, driven by a drought in the area. No one was killed, and the hippos are yet to cause any real damage, but that doesn’t mean they won’t in the future, especially given the rate at which the herd is expanding. While this all might seem a little alarming, the most disconcerting part is this: no one has any idea what to do. There has long been debate about what should happen, but really it boils down to three options:

1. The most obvious and perhaps most humane option is to find a way of getting these roaming animals into captivity. Yet the area they are in now is surprisingly perfect for them; you would be hard pushed to find somewhere better suited. On another practical note, moving them might have been feasible when there were 4 of them already contained in Escobar’s zoo, but how are you supposed to move 50 to 60, one-and-a-half tonne, aggressive hippos?

2. The second option is to sterilise them. This would stop them reproducing at the current rate in the hopes that the herd would eventually die out or at least remain under control. It is worth noting here that whilst the rate of expansion of the herd is anxiety-inducing for humans living in the region, it is also testament to how happy the hippos are in Colombia. Hippos usually become sexually active at around 9, but Escobar’s hippos seem to be maturing at 3!

3. Thirdly, there are those who think euthanasia might be the only sensible option. This is where the hippos stop being a quirk and quickly become a dark metaphor for anything Escobar-related. The hippos are a physical manifestation of Escobar’s presence in the region; they represent how Colombians nowadays are grappling with the fallout of a decades-long conflict. If the state responds with violence, killing these hippos – guilty only by association and the potential threat they pose – is that not reminiscent of an all-too-recent past? Furthermore, Colombia is enjoying a time of relative security and, despite the efforts of Netflix’s Narcos, has an opportunity to shape up its image. The world is watching Colombia move on from its violent past and so the euthanasia of these animals would symbolise a lot more than a practical solution to a problem.

The curious case of the hungry hippos is not the children’s story it sounds like. More like a horror story that is just beginning in the murky waters of the Río Magdalena.