Written by BristoLatino
Posted on July 23, 2019

Avocado on toast is a dietary staple for me, much like other stereotypical millennials. That being said, I try and limit my consumption due to the environmental implications of enjoying a fruit that comes from the other side of the world. Avocados are a significant contributor to global deforestation, and once they’ve been picked they are kept in temperature controlled rooms to ensure they are ready to eat. This process, alongside the other environmental costs associating with cultivation and transportation, means that avocados’ carbon footprint  is five times bigger than a banana.

The growing demand for avocados is having political as well as environmental consequences in producer countries such as Chile and Mexico. In Chile, where water is privatised, water rights are owned by powerful avocado plantation owners alongside other large corporations. Water has been privatised in Chile since the 1980s in accordance with the neoliberal dictatorship of Pinochet, but the system’s prioritisation of private interests has resulted in insufficient access to water for many citizens. Avocados are the third most planted crop in Chile and require a huge water footprint to produce. The global demand for avocados disincentivises the state from reforming public access to water, or acting as a watchdog on companies, because of the gain to the Chilean economy. In Petorca, Chile’s largest avocado producing region, water is currently so scarce that it has to be brought in via trucks, and is of sub-standard quality. The water loss has had a devastating impact, threatening the livelihood of the region and the ability of small farmers to continue to grow crops. 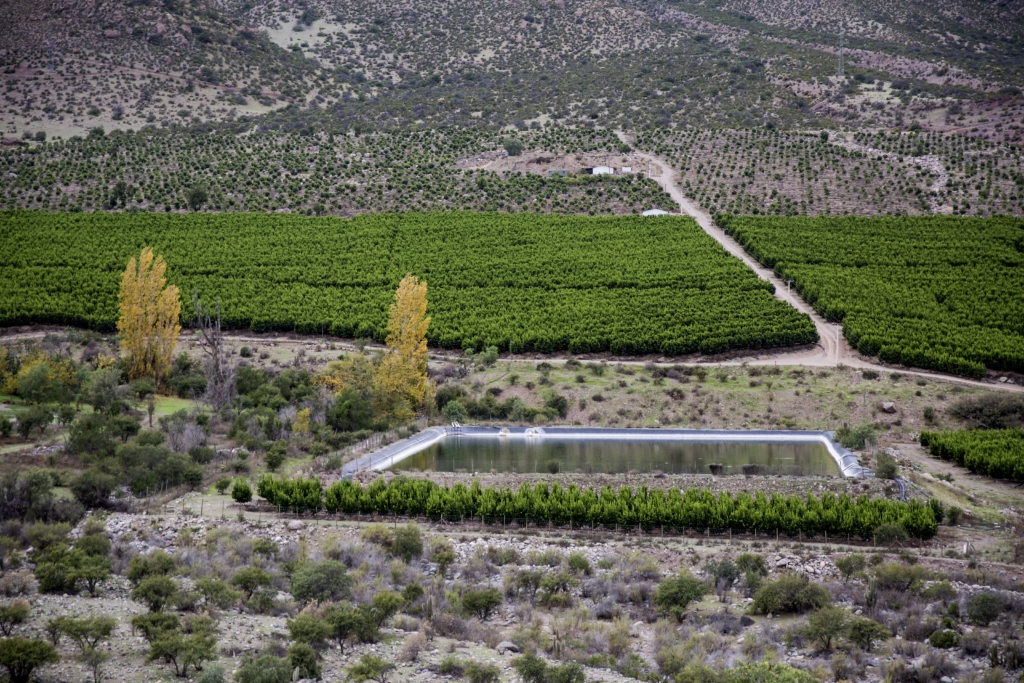 An avocado plantation in Petorca, Chile, a rare pool of water amongst the dry hills

Mexico is the world’s largest producer of avocados and Tancítaro, within Michoacán state, has been dubbed the avocado capital of Mexico. The increasing demand for avocados internationally has increased their price in Mexico, impacting the ability of Mexican consumers to afford a dietary staple. During 2006-2013, avocados’ profitability attracted the drug cartel ‘Knights Templar’ to the region, who extorted money from the avocado farmers with violence, kidnapping and the burning of their farms. During this period, an estimated 8258 murders were committed by the cartel as a direct consequence of the struggle for control of the profits. In 2013, Tancítaro residents formed an armed civilian defence force, the Tancítaro Public Security Force, abbreviated as CUSEPT in Spanish, which operates checkpoints throughout the city to keep out the cartels. The money previously extorted by the cartels is now used to fund the defence force, with the result that the avocado farmers report feeling safer. The Mexican state stays largely outside of Michoaćan, because disarming the town could disrupt the booming avocado trade. This lack of state control has meant that whilst violence has been minimised for citizens, the unstable power dynamics may shift once again, putting the cartels in power, as the state does not have the resources to maintain stability. The struggle for power in these regions is heightened by the value of avocados, as without avocados the cartels would not have a commodity to exploit. The political dynamics of production are largely ignored by suppliers and consumers as UK supermarkets continue to stock avocados from this region alongside Petorca despite the water rights violations.

Therefore, the impacts of avocado production is certainly food for thought, and we should certainly consider how increasing demand worsens many of these issues. However, avocados are part of a food system which is unsustainable, as increased demand for one kind of product exacerbates negative environmental consequences, and can disrupt livelihoods. There is a disconnect between consumers in the Global North, with access to fresh fruit and vegetables all year round, and between the citizens of producer countries, who do not enjoy the same standards of consumer choice. However, the role of consumption must be considered in light of the inadequacies of the global food system as a whole. The power of the consumer to make ethical and sustainable choices is hindered by a production system which hides the politics inherent in these food choices. The ability of consumers to make the ‘right choices’ in terms of health and ethical considerations, is ultimately meaningless if the entire system revolves around the exploitation of poor producer countries and their people. The examples of Chile and Mexico are just two examples of the political dynamics that as consumers we are unaware of. Within global agriculture more generally there are countless examples of unsavoury production and environmental dynamics.