On the 12th October, 2018, around 7,000 migrants hailing predominately from Honduras began the gruelling journey from San Pedro Sula, Honduras, towards the United States. Since then, various other groups from El Salvador have embarked on the same perilous and arduous 2000-mile journey, in the hope of arriving to the US. Ultimately, this mass exodus is propelled by the widespread hunger, ubiquitous violence and corrupt governments these migrants suffer in their home countries, problems that are worsening by the day.

International news reports expose the complexity of living in the Northern Triangle of Central America: a girl in El Salvador was incarcerated for a suspected abortion attempt when she was actually giving birth to her rapist’s baby, over half a million people in El Salvador have zero access to running water, and in Honduras, two years after the death of the revered environmental activist Berta Cáceres, impunity still reigns. Upon arriving in Mexico, often they are essentially fleeing one crisis to arrive at another, as shown a few weeks ago when 100 migrants were kidnapped in Veracruz, including 65 children. Many migrants opt to continue north to the US to escape this danger. 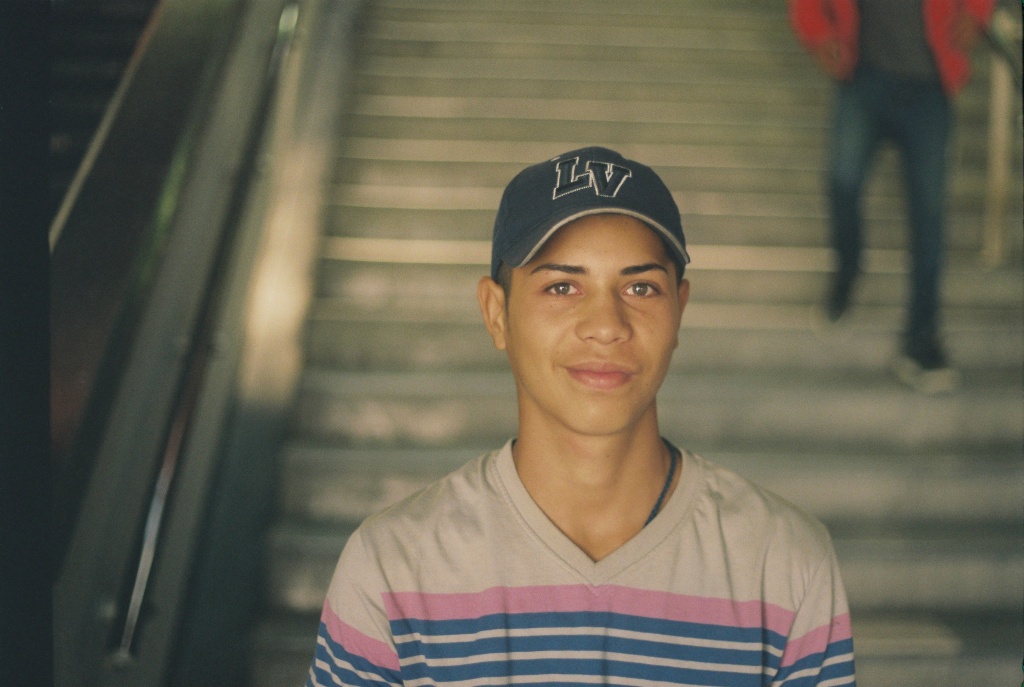 In Estadio Palillo, I met Nilson Edgardo Ramírez Castro, an 18-year-old boy from Siguatepeque in Honduras. His town is surrounded by the notorious and ruthless MS-13 gang which make everyday life intolerable, forcing residents to pay them money in order to survive. Listening to Nilson’s chilling testimony, I understood why he had chosen to brave the Central America-US route, one of the most busiest and most dangerous migration trails, that spans thousands of miles in treacherous conditions.

‘Me obligan a vender drogas, si no me extorsionan’ – Nilson

(They force me to sell drugs, if I don’t they extort me) – Nilson 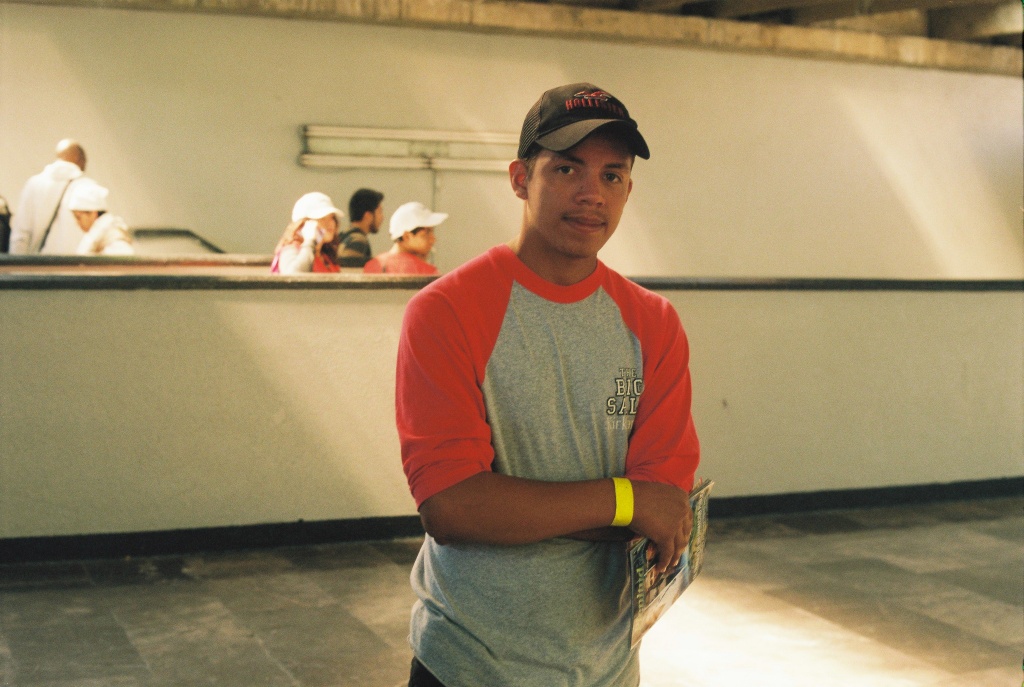 Maynor, a 19-year-old boy from La Ceiba in Honduras

Maynor, a 19-year-old boy from La Ceiba in Honduras, told me that all he dreams of is an opportunity to study, to learn, and to do something worthwhile with his future. These prospects are unachievable in Honduras in its present conditions. However, this aspiration is becoming increasingly more unattainable due to the widespread xenophobia in the US, particularly amongst Trump devotees, who erroneously label migrants as a liability.

(I was waiting on the bridge for two days. They didn’t let us pass so in the end we had to swim across the river) – Maynor 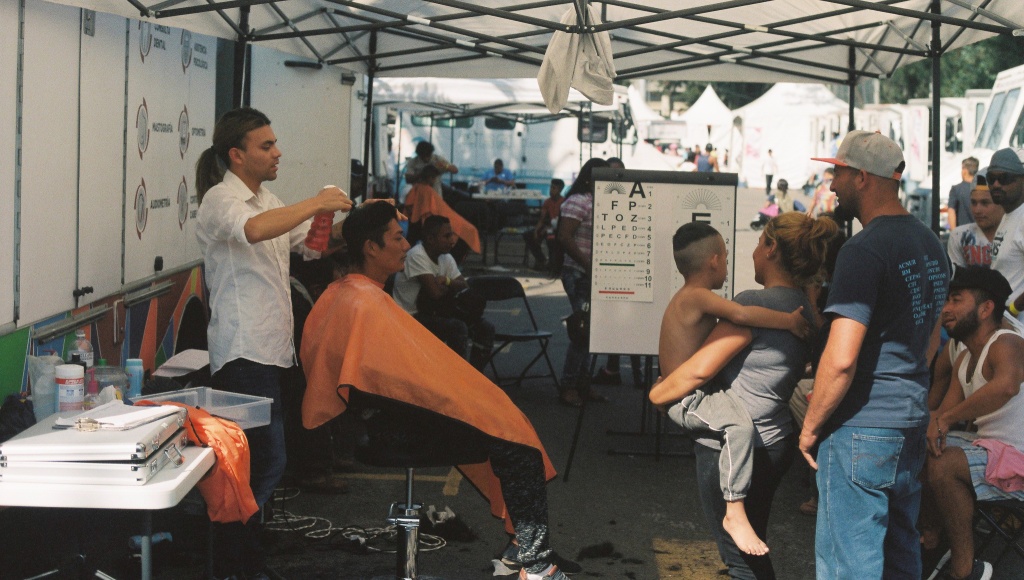 A radio station was set up in Estadio Palillo as a means of voicing the struggles and brutal realities of these Central American migrants. Radio is an extremely potent tool for raising awareness about migration, as the stories the migrants relate shock listeners into feeling empathetic, and allow them to comprehend the difficulties these migrants face. I listened to one Honduran man speak on the behalf of many others, detailing his story to reclaim his voice that had been smothered by a country stained by corruption and violence.

(I come from the South of Honduras. We are peasants that work with the land. They have sent the army and the police to take us away from our lands. What they do is take the land away from the poor people and sell it to the landowners, the foreigners. That’s how the dirty politics is in our country) 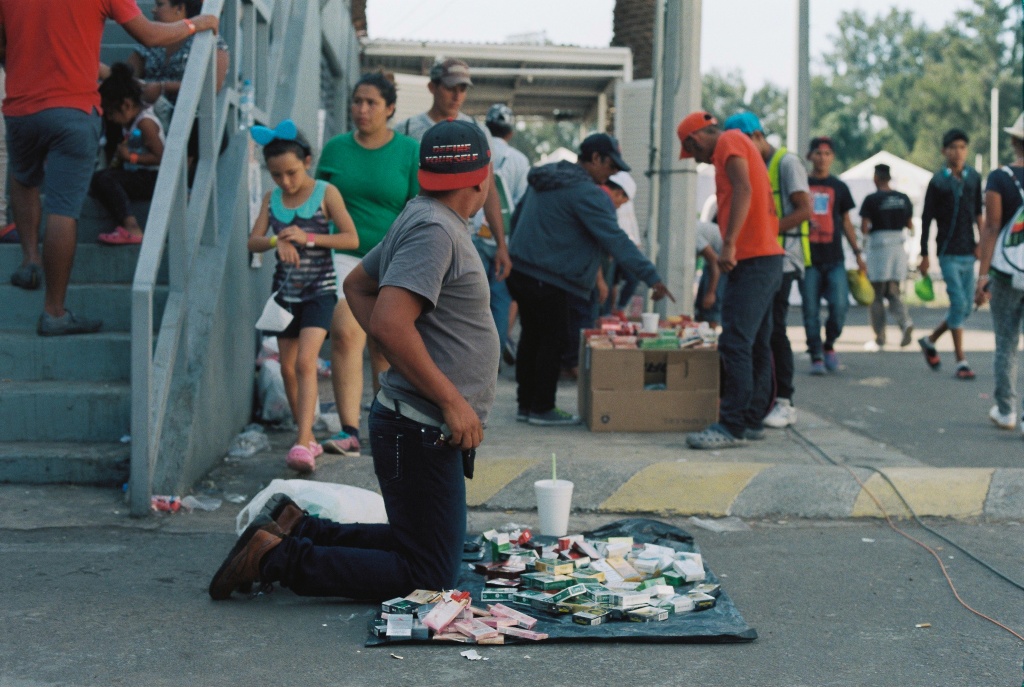 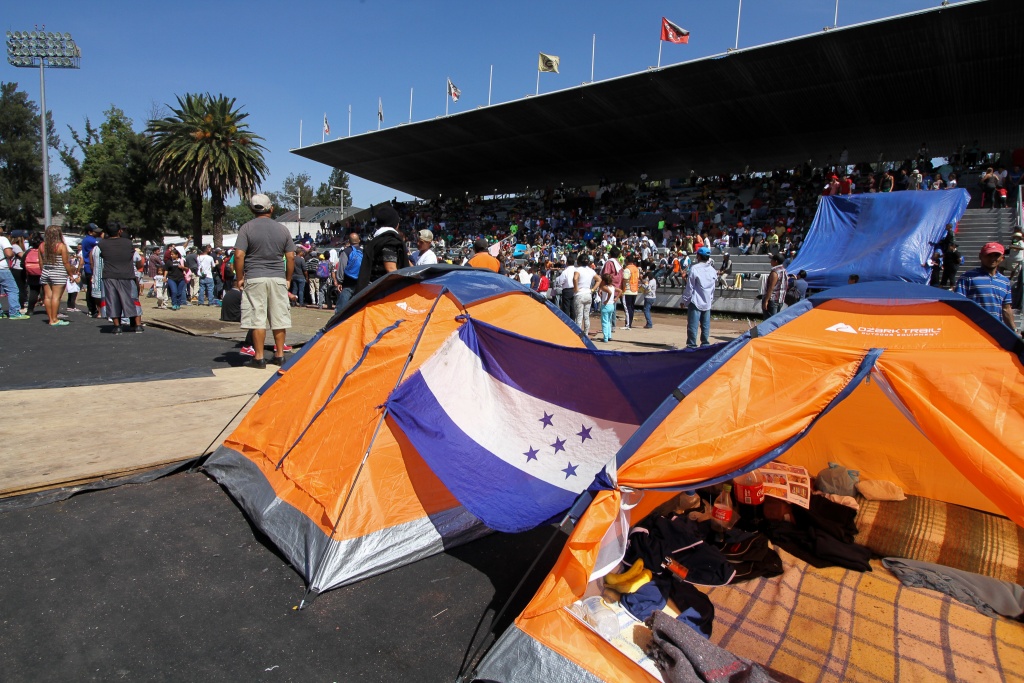 (We ask the North American government to be more humane because with us are children, people with disabilities, even I am a normal person, but I now feel exhausted and empty, but I haven’t gone back because I know that if I return to my country, persecution awaits, until they catch and murder me)

The migrants are currently dispersed in various states. Some continue their tiresome trail northwards from Querétaro and Guadalajara, whilst many others arrived yesterday to the Mexican border city, Tijuana. The migrants were greeted with an inhumane reception from the US border patrols. There was an absence of safe shelters, and the US border patrols reinforced security measures by putting up barbed wire. A group of trans migrants faced vitriolic hatred from locals in Tijuana, not an uncommon occurrence, as the last time a trans group arrived, people attempted to burn their shelter whilst they were inside. Trump’s aggressive rhetoric labels these migrants as drug mules and troublemakers, rather than human beings who are trying to feed their children, study, smile, and live without fear. These prospects are unattainable in Honduras and El Salvador, two countries beset by extreme levels of violence. The right to safe migration is of paramount importance for the wellbeing of these people.