On Monday 10th October, a shootout between gang members and Rio’s Pacific Police Unit (UPP) spilled onto the streets of Ipanema and Copacabana neighbourhoods. Just a month before, they had been filled with tourists in town for the Games. Machine-gun fire and hand grenade explosions were reportedly exchanged from dawn to dusk, ending in 3 deaths, several injuries and 8 arrests.

This seems to be be a fitting prelude to the worsening of violence in a post-Olympic Rio. 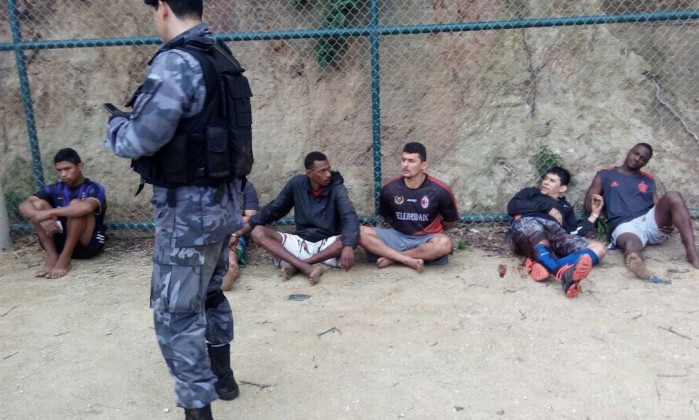 Suspects being held after the 10th October shootout

In the build up to the 2016 Rio Olympic Games, security risks were one of the most talked about topics in international news, creating a huge sense of uncertainty and fear in those who were due to land in Rio at the beginning of August.

Of course, there was reason for such news to hit the press after the state of Rio saw a sharp increase in crime over the year. But the people who were suffer the biggest consequences were barely mentioned.

As is so often the case, those most vulnerable to violence before, during and after the Games in the increasingly volatile city were, and still are, the 1.5million or 24% of the population living in improvised favela communities.

In the days before the Opening Ceremony, the city’s sultry beaches and tourist-magnet bustling avenues took on a surprisingly sinister tone when 30,000 heavily armed police officers and soldiers took to the streets as a quick fix attempt to ensure peace. The troops were some of over 85,000 deployed from across the country to protect the safety of more than 300,000 visitors expected to arrive for the Games.

Such forceful, but temporary measures were taken as the world’s attention was fixed on the politically and economically volatile Brazil, waiting for the Rio Games to be the most disastrous in history. 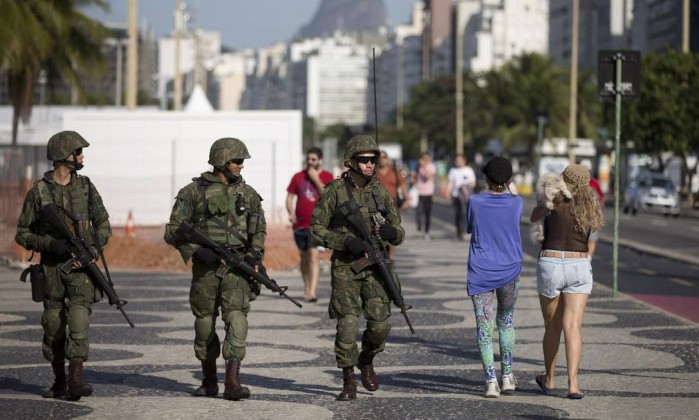 Fortunately for host city’s government and its guests, the overall lack of violent attacks on tourists during the Olympic period failed to justify the endless list of fear mongering headlines that spattered international tabloids in the run up. Behind closed doors however, or better said, behind billboards that were erected to hide the Maré complex of 16 favelas in the North of the city, Rio’s poor communities suffered frequent gun battles and violence.

Beyond the postcard settings that tourists know and love, tensions had been on the rise among residents long before the deployment, as violent crime rates had been intensifying dramatically since the beginning of the year. By May, the city saw a 42 percent rise in reported assaults and robberies compared to the same month the previous year, which amounted to a total of 10,000 incidents. The number of homicides in the state of Rio was up by 15 percent by April, and by June, over 1,500 had reportedly been killed. 100 of those killings were by state police, with the majority of their victims being young black men. 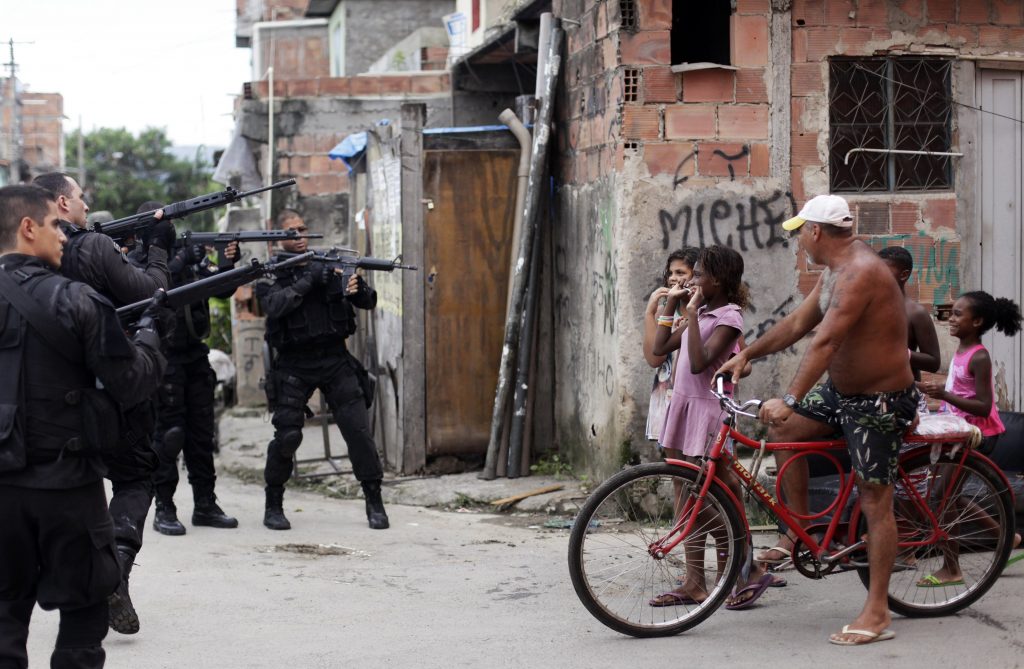 Earlier in the year, State Secretary of Security José Beltrame had acknowledged Rio’s growing security problem. He attributed this to the severe recession and financial crisis within the state government as the catalyst. Many say that the increase in bloodshed was only made worse by the Olympics as public funding was poured in to the hopeful success of the Games and security officials turned to authoritarian measures to contain violence.

Was the UPP a successful remedy to crime?

Up until 2016, Rio experienced ten years of relative calm that coincided with Beltrame’s ten-year career as Secretary in one of the most problematic offices within the government. The Secretary resigned a day after the 10th of October shootout allegedly as planned, having held the longest tenure to fill the role.

Under Beltrame’s office, official homicide rates were almost halved and the UPP police units, the Secretary’s brainchild, took over gang control of nearly 200 favelas in the city. The initiative was set up in 2008 and sought to place police units in close proximity to communities formerly run by gangs where they would work alongside residents and not as a separate entity.

Initially well received by a significant amount of Rio’s population, the UPP is now a contentious subject after being heavily criticised in recent years and raising human rights concerns. The institution has been accused of perpetuating militaristic control in favelas with numerous cases of police brutality having been recorded over recent years. One of the most well known incidents was the 2013 disappearance and death of a construction worker named Amarildo de Souza. Twelve officers were convicted for the torture and murder of Amarildo, after being found guilty of hiding the victim’s body and forging a police report.

The Washington Office on Latin America reported that the UPP has faced extreme difficulties expanding in to Rio’s larger, more violent favelas. Criminal groups have attempted to regain control, which according to the entity, has sometimes resulted in ‘heavy-handed’ responses. The clash on 10th October for example, began in the Pavão-Pavãozinho after a gang attacked the UPP bases in the ‘pacified’ favela. Whether or not this completely justifies the violent reputation that the unit has acquired remains extremely debatable.

In a period of extreme economic crisis, Beltrame’s strategy for providing higher safety in the tumultuous city of Rio is at great risk of going in the same direction as the unravelling economy. Arguably, the UPP was never destined to have a long life span due to the lack of social investment in favelas, favouring armed control over development. However, their chances of survival due to economic reasons alone are currently low, as the state government has slashed police budgets by a third.

Beltrame’s successor will not only inherit Rio’s ever-worsening security situation, but also a recent rise in violent and deadly confrontations between two major drug gangs, the First Capital Command (PCC) and the Red Command (CV). Although experts believe that the war will not spread to urban centres, the tenuous economic and political situation could complicate efforts to mitigate the conflict.

As long as Brazil continues to play a major role in the illegal drug trade, violence experienced in the country will continue to be a severe problem. The question lies in how the authorities will continue to combat the complex network that makes up the industry with ever-depleting financial resources.