The revered Colombian director Luis Ospina, a founding member of the Cali Group cinema movement, passed away earlier this year after a long battle with cancer. With three of his films currently showing on the MUBI streaming service, Bristolatino takes a moment to look back at the career of this trailblazing filmmaker.

In the 1970s, filmmaker Luis Ospina, alongside fellow artists Carlos Mayolo and Andrés Caicedo, brought about a cultural upheaval of sorts to the city of Cali, in southwestern Colombia. The trio formed what would come to be known as the Caliwood movement, making films that could be defined as much by their playfulness and unpredictability as by their sharp social criticism. Ospina and his collaborators would often meld together fiction and documentary in a subversive manner to create thought provoking and multidimensional works.

The Vampires of Poverty, a mockumentary shot in 1977, is a perfect example of the Cali Group’s ability to unsettle the viewers’ perception of on-screen reality. In this short, Mayolo plays a sensationalist journalist, roaming the streets of Cali in a distastefully eager search for footage to fill his exposé of the city’s poverty stricken communities. When one of the film’s subjects breaks the fourth wall and decries the exploitative behaviour of the journalists, the film is turned on its head, bringing about a reflection on the insidious way in which misery and deprivation are treated as spectacles. 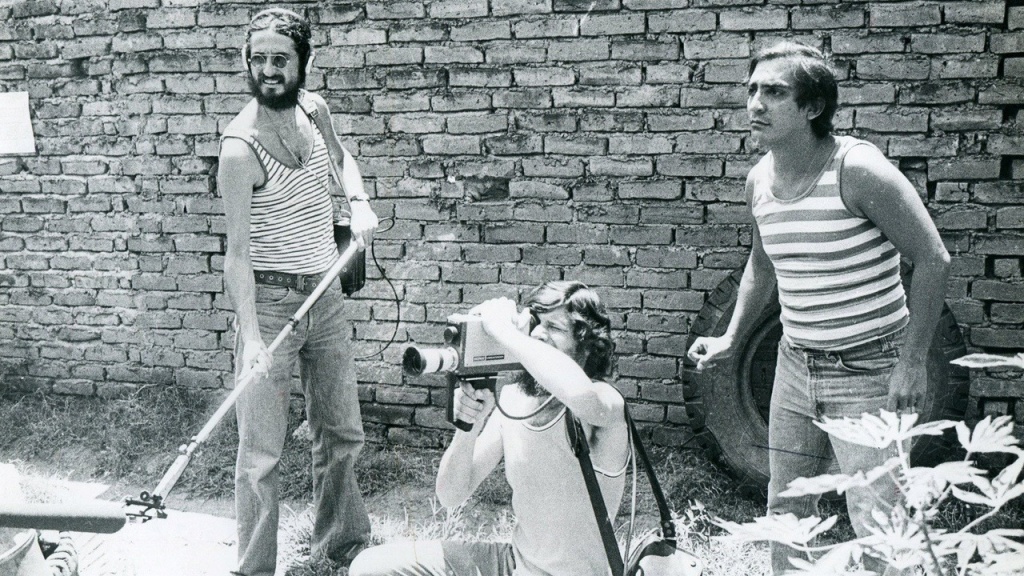 In A Paper Tiger (2007), on the other hand, the life of Pedro Manrique Figueroa is taken as a pretext for Ospina’s panoramic portrayal of Colombian history from the 1930s. Alongside archival footage of events as diverse as the assassination of the leftist politician, Gaitán, and Mao’s paper tiger speech, interviews with prominent art and literary figures attempt to shed light on the elusive figure of Figueroa, a supposed pioneer of Latin American collage. Here the mockumentary genre is taken to the extreme, as we are led through a multicolour patchwork of a fabricated life story that is as absurd as it is compelling. 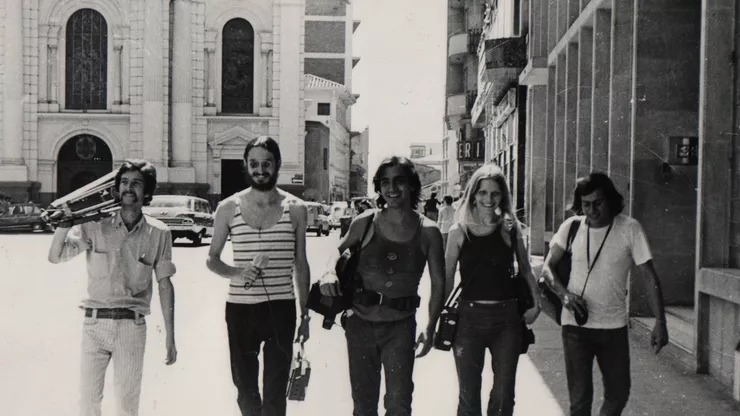 While A Paper Tiger touches on the foundation of the Cali Group, It All Started at the End (2015), Ospina’s final film, is the director’s personal memoir of the movement and of Colombian cinema as a whole. Falling sick on the first day of shooting, he decided to interweave his present experience dealing with a terminal illness into this exploration of the past. Here Ospina documents the drugs, hedonism and political turmoil that defined his early years immersed in the world of Caliwood, as well as the tragic suicide of writer and friend Andrés Caicedo. The film faces death head on, but the loving way in which Ospina presents the friends and community that formed around a shared passion for cinema, makes it just as much a celebration of life.

All three of the films mentioned in this article are currently available to view on MUBI.