Anybody who has travelled to Colombia will have undoubtedly spent some time in the country’s capital, Bogotá. It is expected that the transient tourist will not see all the diverse layers of the city, as the Lonely Planet checklist is dutifully abided by. However, even for those staying longer, it is difficult to scratch the surface of the sprawling metropolis.

Most Bogotanos will warn you not to go to the South. For all intensive purposes, the historical centre marks the city’s limit. As a result, huge swathes of the city go untraversed by expats and foreign students living there- after all, you wouldn’t want to dar papaya (be foolish enough to put yourself in harms way) by naivly strolling into the notorious badlands. Of course, such scaremongering only exacerbates the extreme social division that exists in Bogotá.

Samuel Aranda is a Spanish photographer who has crossed the unmarked boundary, in order to document the lives of Bogotá residents who are rarely acknowledged. As Aranda highlights, “Colombia suffers from one of the most intense armed conflicts in the world, but it’s also the most unknown”; in the same way, the millions of displaced rural Colombians that today reside in Bogotá slums are also unknown, even to their fellow Bogotanos. Sophie Wall 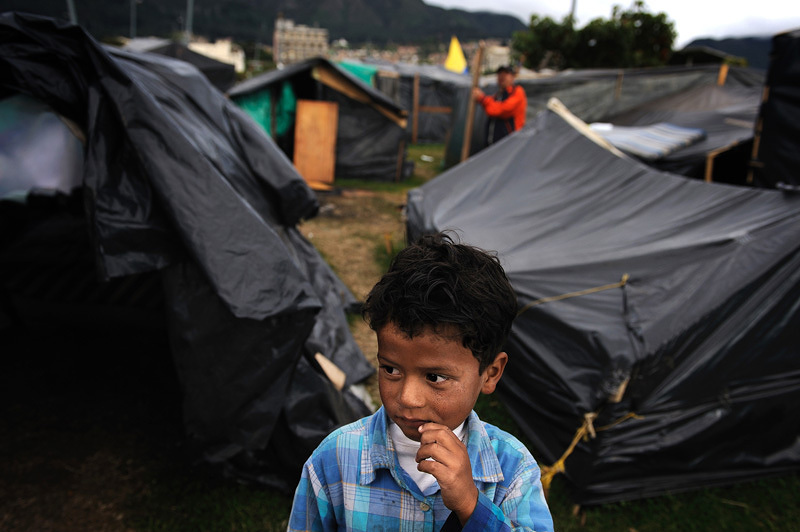 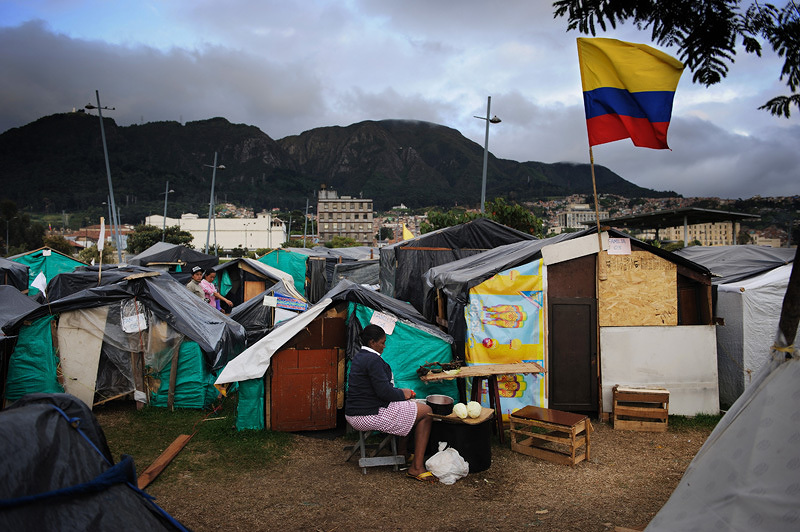 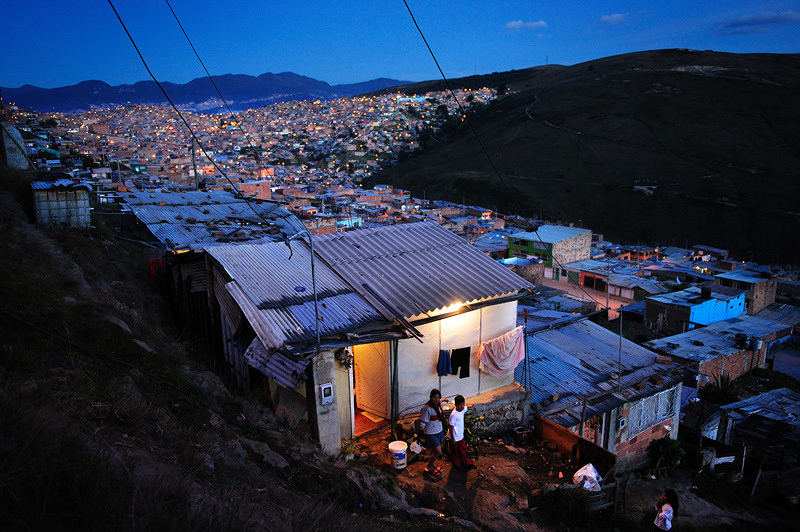 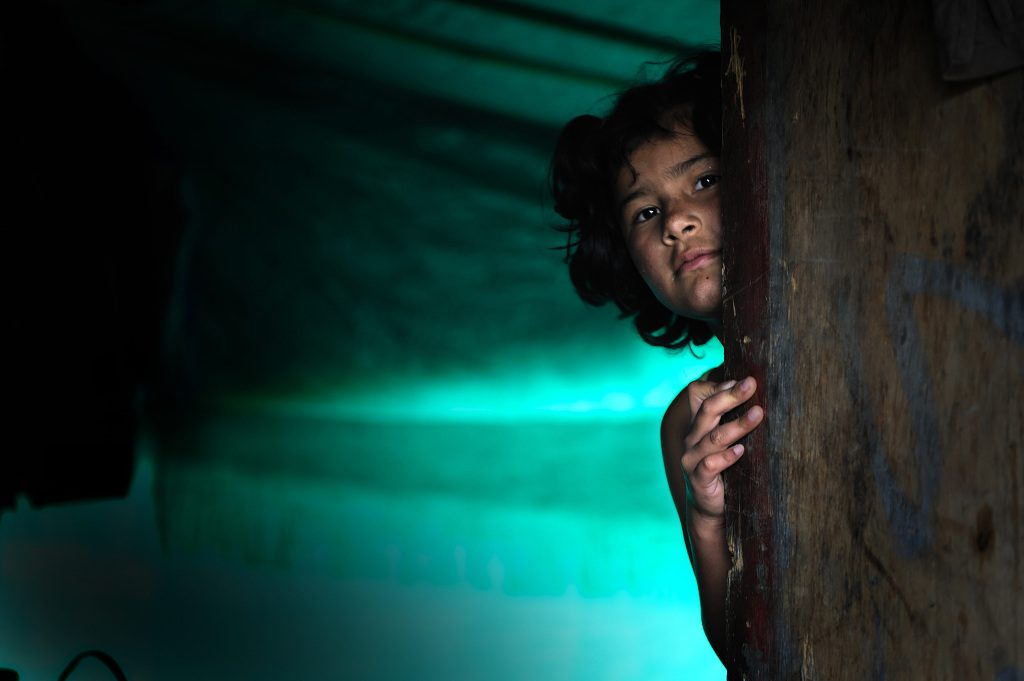 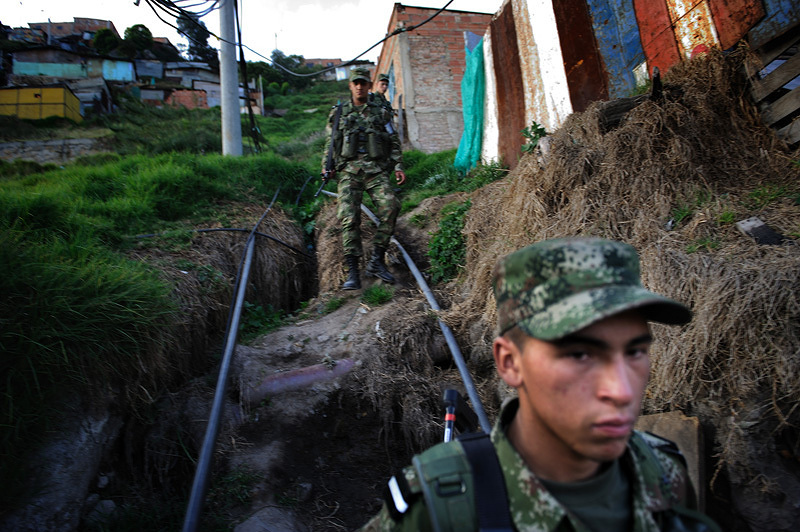 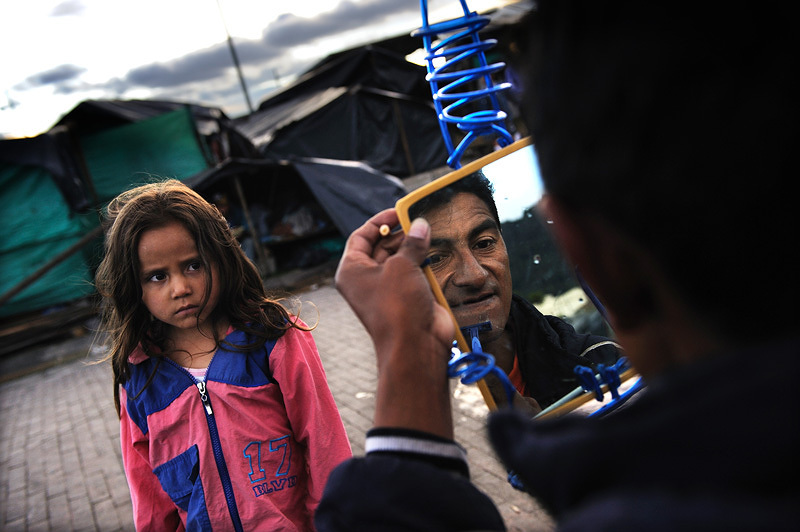