Written by BristoLatino
Posted on June 23, 2016

Galeano coined Potosí “the city which has given most to the world and has the least”. Originally for the UCLU Amnesty International journal, Flora Hastings brings to BristoLatino photographs and stories of the current miners of Cerro Rico. 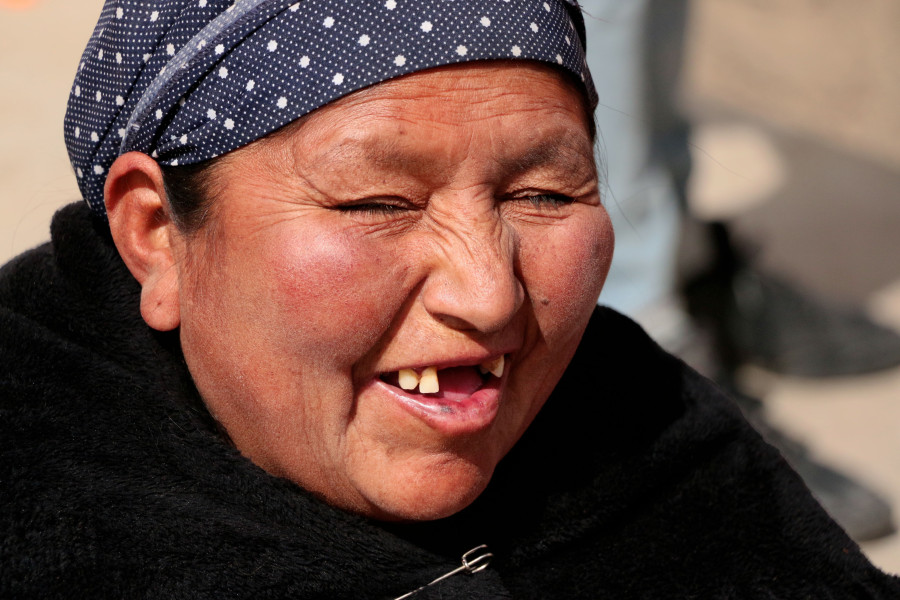 Clashing conceptions of progression within Bolivia

Papa Francisco sweats with altitude sickness. He has little time to acclimatise to the political tensions inherent within his visit. Thousands of Bolivians have waited 8 hours for his hallowed wave in the August of 2015. While the Pope stands on the steps of La Paz’s main Cathedral in the colonial-style architecture of Plaza Murillo, the clock on the adjacent Congress Building ticks backwards. Evo Morales’ support was perhaps with the ticking hand, whose anti-clockwise movement is meant to help the Bolivian people rediscover their sarawi, which means ‘way’ in Aymara.

Morales remained within the Cathedral as the Pope stepped outside. His skepticism towards his country’s Catholic fervour, for him representative of the colonial past, is known. The noise of his absence was drowned in the warring selfie-sticks of the crowd.

This visual cacophony of the country’s national identities reflect the present state of Bolivian politics and Morales’ presidency itself. Like the rainbow colours of the Qullasuyu Wiphala, Bolivia’s national flag, Morales’ policies have many shades. The president must retain amicable relations with the Western investors, while appeasing the demands of Bolivia’s thirty-seven indigenous groups for a greener and more localised economy. Three terms ago, Morales was elected as the first indigenous president of Bolivia. For many, Morales election meant a retreat from the Neoliberal policies of the 1980’s and 90’s, and the return to an economy that slowed down an infrastructural transformation of Bolivia’s rural areas.

Morales is still attune to the historically silenced voices of the country’s indigenous groups, necessitating a more measured response to foreign investment and expansion in Bolivia’s natural resource sector. In the aftermath of Bolivia’s 1952 socialist revolution, 3 miners were incorporated into the cabinet. Workers’ rights were at the centre of Bolivia’s political consciousness.

However, following the failure of the MNR in the decade leading up to the economic crash of the 1980’s, the meaning of progression within Bolivia is still fraught. If the clock hand is moving anti-clockwise, it is still tethered to a larger structure. Morales may have re-nationalised three of the country’s biggest mines in his first term, but there are no miners within Morales’ cabinet. The president is fiscally pressured to expand the country’s raw resources sector, and allow private companies their investments. Morales has to juggle between these conflicted interests; new balls are added, some are dropped.

The Conditions of Cerro Rico Mines – past and present

The mines of Cerro Rico feel like a ball left on the political wayside. Dropped in the re-privatisation of the mines in the 80’s, Morales has never picked it up again.

Cutting streams through the heavy dust, our head lamps trace the bumpy caverns of the mines. Poor ventilation fills your mouth with crystalline silica dust quicker than words can come out. Far away vibrations rise through my feet as we stand silently at the convergence of 6 veins. We listen to the explosions of dynamite. Miners furrow deeper into the mountain. El Tio, the demonic protectorate of the mines, resides on a makeshift throne in a lower level of the mountain. The destructive quality of the misfire of communication between miners and Morales is visceral.

Catholicism does not pierce to the farthest enclaves of the mine. Inside Pachamama, also known by its ancient epithet ‘the mountain that eats men’, the miners sacrifice cocoa leaves and absinthe to the Lord of the Underground. These offerings protect them from Silicosis and the mountain’s gradual collapse. The names that attempt to humanise the mountain speak of the desire to comprehend the death toll of its ancient precincts – since the 16th century, 8 million miners have died.

‘I am rich Potosí.. envy of all Kings’. The mantra on the city’s 17th century coats of arms is one of the first songs of Capitalism. Silver coins flooded out of the mines, the momentum of the Spanish empire, the shackles that lead to mita, the forced labour system that enslaved thousands of African, Inca and Peruvian labourers. If the mountain has dried up after its 500 years of exploitation, the thirst for its silver and tin has not. Through the windows inlayed within the meter-thick stone walls of the National Mint of Bolivia, where coins were hammered to bear the mark ‘P’, the mountain today is peppered with the shacks of miners that live near the entry holes of the mine’s veins.

The labourers in Cerro Rico mines are either part of a co-operative, contracted by the state, or by private foreign companies. This clash of employment systems speaks of Morales’ own difficulty in navigating between the invested interests in Bolivia. He kept the mountain privatised after it was deemed ‘not profitable’ enough to remain nationalised in the 1980’s, leaving the co-operatives vulnerable to exploitation by the private interests of U.S. companies such as Couer Mining Inc.

Co-operatives, with no fixed salary, tunnel into the most dangerous parts of the mines to ensure a wage. These 22 thousand workers do not have time to form unions and demand more rights. In 2011, Morales deemed the co-operatives ‘anti-national’ through signing contracts with Couer’s mining company, and yet the government is fiscally pressured into allowing these private companies to invest $240 million dollars into the mountain as part of their profits go to the state – mining is Bolivia’s second largest source of income.

The miners of Cerro Rico

Julio Zambrana showed me the palms of his hands, callous from when he forgot to wear gloves as he slid down a wench into the lower levels of the mines. ‘I was not spider man or Rambo, I was eighteen’. Julio worked in a co-operative mine at the age of eighteen, and now runs a tour group that gives 15% of each ticket to the miners he visits. 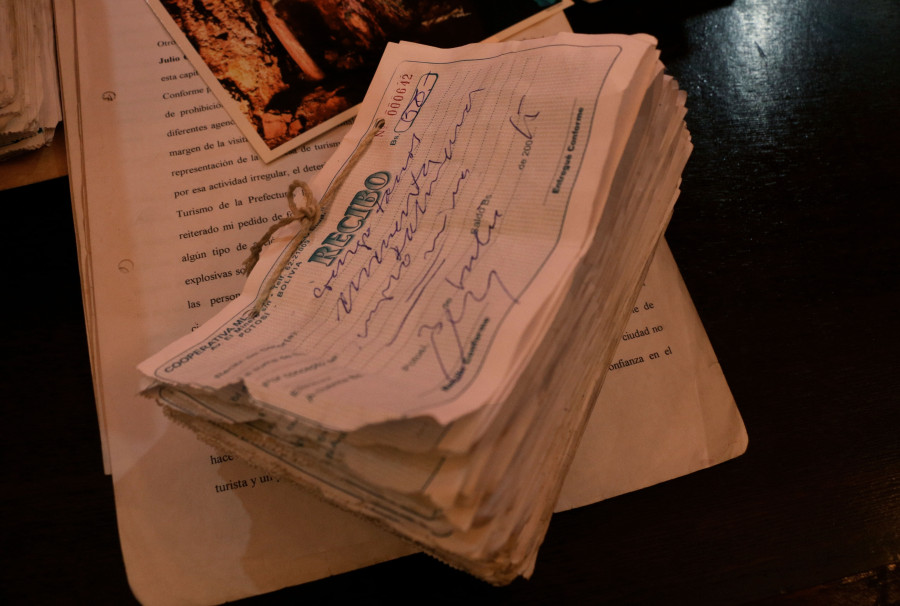 A stack of receipts of payments to the miners reflects the fruits of Julio’s activism for the miners.
-Flora Hastings

Climbing up through the miner’s Sunday market, selling second-hand toys from the U.S. and China, we ascend to the Cruz family’s home. Julio worked in the same co-operative as Guillermo Cruz, but unlike Julio who managed to attend university, he has remained in the mines. His children and grandsons have become miners as well. The family of thirteen live in a two room shack in the miner’s region. Their home is over 4,500 meters above sea level, the view of Potosí makes the 2nd highest city in the world seem low down.

From the concrete roof, you can see the bare Andes mountains. The wind of the altiplano leaves windburn on the cheeks of Guillermo’s ten grandchildren. Martina Alejo Cruz, the grandmother, cries as she looks North across the mountains. Cerro Rico steals years from her family, and it stole the life of her 16-year-old son through asphyxiation. The average life expectancy of a miner is 40 years through the scourge of Silicosis, poisoning of the blood.

Morales and the calls of the miners

The dust is thick in the mines, vision is impeded. Transparency needs to be enhanced on all aspects of the mountain. The logistical chaos of the mines prevent the enhancement of job security and an open political dialogue about the working conditions for miners. Violent protesting is the main dialogue between Morales and the miners.

Morales is in conversation with more voices than the socialist governments of the 1950’s. His presidency is unique for the extent of his adherence to the demands of Bolivia’s indigenous groups. Renamed the ‘Plurinational state of Bolivia’ in 2014, it is this pluralistic nature of Bolivia that prevents Morales from easily adopting one policy towards Cerro Rico. The strains of the Qullasuyu Wiphala clash. The miners suffer from Morales inability to follow a clear policy with Cerro Rico.

The president has not heeded many of the 26 demands from the miner’s protest in 2014, mainly geared towards the growth in employment possibility through an investment in public infrastructure within the region. If Cerro Rico is not going to be re-nationalised, and the top levels of the mines are collapsing in after their 500 years of exploitation, than the miner’s plea for public infrastructure is a plea for a secure future.

If Morales heeds the calls of Potosí’s miners for a growth in public infrastructure, he may anger the environmental calls of the indigenous leaders and anger the private and foreign companies that have invested millions of dollars in the mines, but he will save thousands of lives. ‘I hate Evo Morales’, states Julio. If Morales blames the co-operatives for their ‘anti-national’ deals with private companies, than the miner’s blame Morales for the working conditions and lack of employment options that force them to shake hands with the private companies that exploit them. 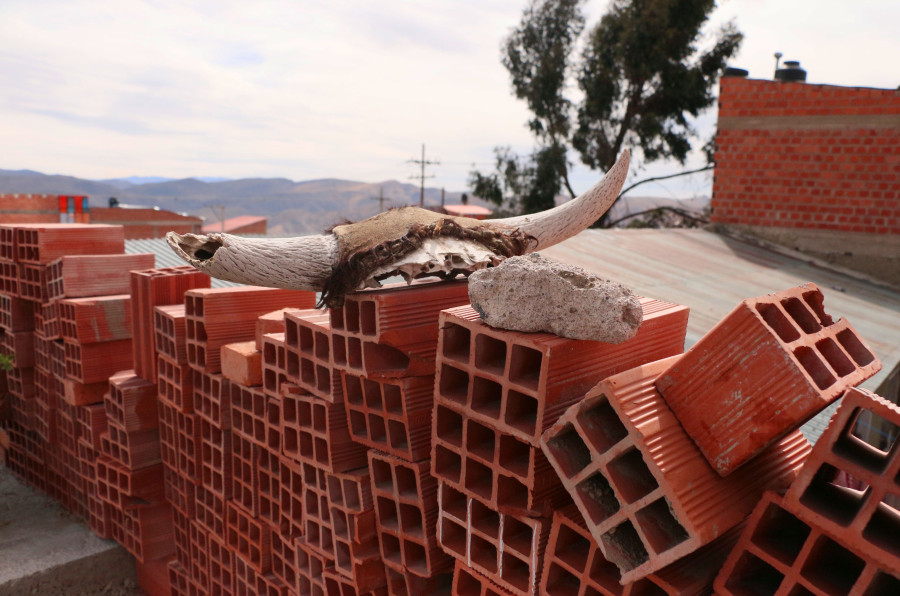 The bare terrace of the Cruz’s home is exposed to the dry winds of the altiplano, and the temperature falls a few degrees lower than within the sheltered streets of Potosí’s Historic centre.
-Flora Hastings