The debut album ‘IIII + IIII’, from Puerto Rican ensemble ÌFÉ has been released. Bristolatino teams up with a range of musicians and music critics to bring you our thoughts on the album.

To many, including Camilo Zuñiga of electronic power duo ZYDERAL, ‘IIII + IIII’ is an original and innovative concept. To Santiago Cembrano, Colombian music journalist, “ÌFÉ’s album is a weird but gorgeous music project. There are some things that you think shouldn’t go together, until they prove you wrong and show you that in fact it was exactly what you needed all along.”

The album mixes modern Caribbean reggaeton with rap, R&B and deep Yoruban harmonies. Drums straight from spiritual Santeria rituals guide autotuned voices and electronic keys. At times the autotune and contemporary production leans towards a commercial-hotline bling feel, but the honesty and simplicity of the tone render these tracks far more generous.

There is a spiritual modernised rendition of Eric Clapton’s ‘Higher Love’, which adds further meaning to this classic’s treatment of spirituality and love. Its electronic elements mimic a technologised world which often feels more hollow and lonely than it should. This is countered by the rich, soothing Yoruban chants which throughout the album, interlace these more commercial sounding songs for the Orishas. This track could equally become a summer anthem. As Santiago Cembrano states, “It takes you to Africa, to Cuba, to a remote beach and to a rooftop sunset party.” Oshun and other Orishas are summoned into our sphere of understanding, as Santerian percussion and timpany accent the impeccably-produced 9-track album.

‘Prayer for Oduduwa’ is particularly enchanting. It doesn’t need to be picked apart to show its influences, it plays perfectly as a integrated track. It’s beautiful, it’s modern, it’s got soul and rhythm and feeling. And it’s catchy. The female singer has a voice that could belt disco tunes or lull you to sleep– and this track could do either, or both. 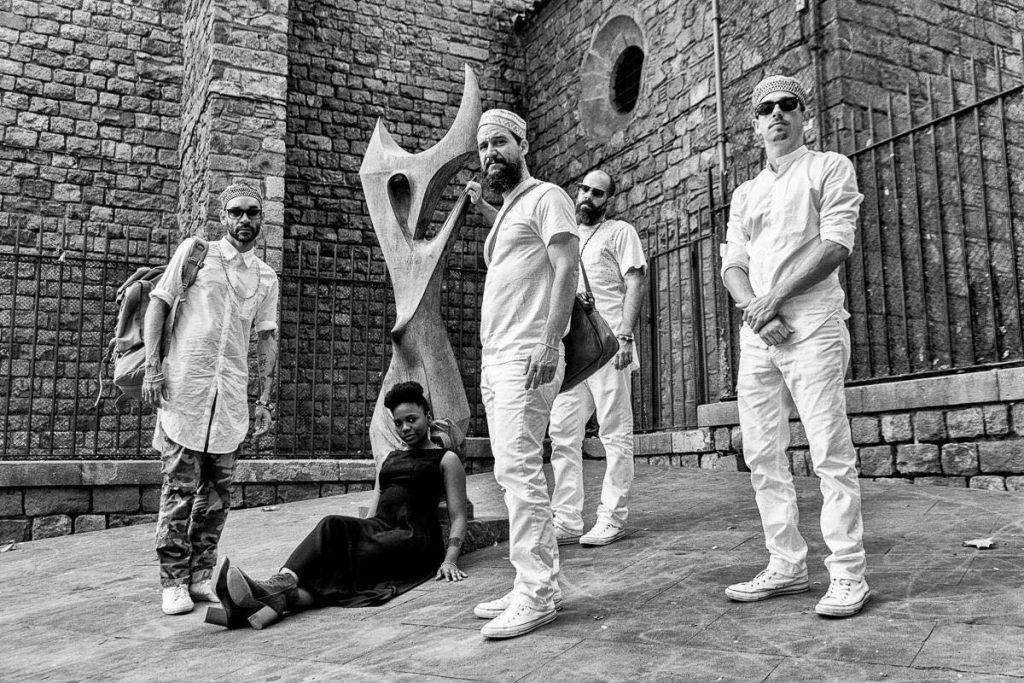 In ‘Yari Gemini’, a diatonic pop melody representing a musical conversation, (between a male and a female, but which could equally be one voice duplicated and modified to represent a conversation with oneself), the tones are never too frilly and the lyrics are simple yet effective. ‘I’ve never known you to cry’ one voice states, the retort: ‘ever is a very long time.’ The magic in this track is that despite its layers, it’s relatable, in fact universal in the sentiments expressed and the accessible rhythms. It’s inclusive, something really necessary in this epoch.

For Argentine jazz musician, David Cantoni, these rhythms are too simple; “It’s a shame they didn’t dig deeper into rhythm. There aren’t enough polyrhythms, except for in the first track. The harmonic content is similarly basic which, in a ‘fusion’ album, is expected but it gets old very quickly.”

This led Cantoni to the impression that there was an absence of musical storytelling. “The different parts do not morph from one to another as a narrative. It could have done with more layers of material which move the album along as a whole.”

Rather than it lacking a cohesive story, Cembrano interprets that “The merging of sounds takes you through an intense contemporary sonic journey. You feel you are in the past and the present all at once. The result is solemn and elegant, joyful and vibrant.” Rather than a linear narrative, its very mixing of cultures, rhythms and sounds takes us on this multifaceted journey; reflecting the mix of cultures of Puerto Rico. ÌFÉ’s Afro-American bandleader, Otura Mun, was born and raised in the States before immersing himself in Cuban and Puerto Rican religion and rhythms. He is a high priest of Yoruban religion, a highly skilled drummer and producer, and evidently proud of his style and hard work.

The album mixes English, Spanish and Yoruban lyrics, but they do not sound unfamiliar, they do not isolate. It’s the tones, hues and beat that you follow- it’s universality also allows for it to be a personal album, its layers give it possibilities of interpretation and enjoyment. Whether, like Cantoni, you find this melange ‘sluggish’ or like Zuñiga, ‘beautifully crafted’, the listener is offered choice of paths to discover, leading off one golden guided route. Cembrano agrees that “Although this album has words, it’s better to focus on the textures and landscapes that the deep voices, precisely arranged keynotes and powerful drums have built.”

“A fusion of club music rhythms, dancehall syncopation and religious euphoria. It is poppy and solemn at the same time; kitsch and quality.” Max Gibson, Bristolatino reader.

“In some moments it’s pop music; in others it’s dark. I’m doing yoga to album which doesn’t at all seem to be yoga music!” Colombian musician, Camilo Martínez, a.k.a. Masilva.

“It reminds me of Ibeyi. I found it interesting to hear a project so detached from reggaeton coming from Puerto Rico.” Camilo Zuñiga, DJ and producer.

Listen to the full album for free on Spotify, NPR, or here