BristoLatino editor-in-chief Sophie Foggin shares her thoughts on how the media coverage of Rio 2016 could have influenced viewers’ thoughts on Brazil.

“Mass media always views large-scale events with an element of national prejudice”, commented Brazilian author and journalist Juliana Barbasa, at the ‘What can we learn from Rio 2016?’ conference on Tuesday 18th October. When it comes to the coverage of this year’s Olympic games, such a statement could not be truer.

This summer I had the opportunity to experience the Rio 2016 Olympic Games firsthand. It would be an understatement to say that the experience of attending the live sporting events and watching Brazilian television coverage of the Games was somewhat different to the comforting BBC coverage that we are used to at home. On the few occasions I managed to stream the BBC coverage from the other side of the world, several differences between our national coverage of the Games and its Brazilian equivalent caught my eye. 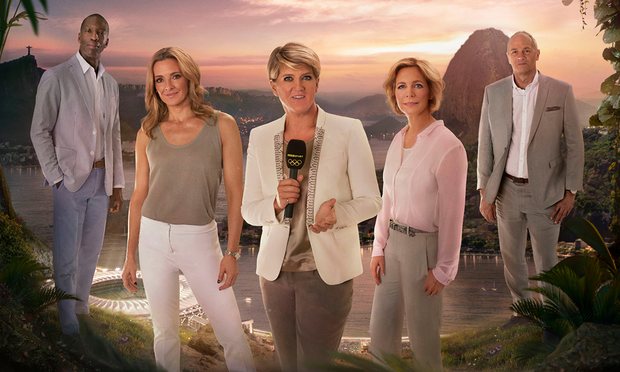 Differences in attitudes towards sport

One of the biggest issues to bear in mind when comparing the two sets of reporting is that there are some major differences between UK and Brazilian attitudes towards sport. In the UK, sporting etiquette and ‘good sportsmanship’ are principles that are drummed into the majority of us from a young age: whether it be from school, sports clubs, or even our parents. In Brazil, this is not necessarily always the case. Europe also boasts an extremely wide range of sports, some of which don’t attract as much popularity in Brazil. Bemused questions from my Brazilian friends such as, “What even is badminton?” were not uncommon.

This does not mean to say, however, that Brazilian sportspeople do not respect each other as athletes. Take a national sport like football, for example, where there is a huge amount of respect for opposition athletes and other team members. 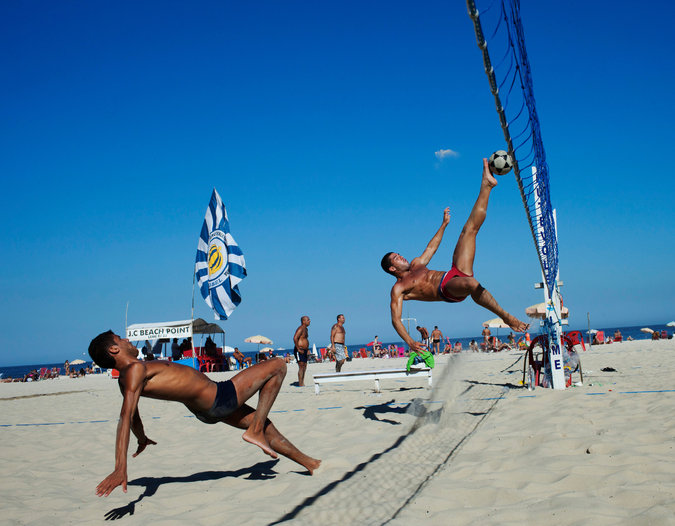 One of my first observations of the difference in reporting was that of the Brazilian swimming commentators. The Brazilian commentary on the heats seemed to completely disregard the fact that the swimmers were about to start the race, which would usually indicate a brief period of silence as the swimmers take to their marks and dive in. This meant that on several occasions, the background audio of Brazilian commentary could be heard during the BBC broadcast throughout the starts of the races.

This is a clear example of a different understanding of the concept of sportsmanship. We Brits have been taught that it is polite to respect the start of a race by being silent for a few moments, whereas it seems as if Brazilians have not. This cultural difference was met with sighs and grunts of disapproval from BBC commentators, who frequently apologized for the noise coming from the Brazilian channel’s commentary box.

However, as well as the difference in attitudes towards sportsmanship, this was also an issue of pure contrast in nature between the British and the Brazilians, which the British reporters didn’t seem to appreciate. As a nation, Brazilians like to talk, and they like to talk loudly. The concept of turn taking in conversations isn’t necessarily always respected. On the whole, we are a much quieter nation, something that proved itself to be true on an almost daily basis throughout my time spent in Rio, after constantly being asked to speak up by my Brazilian colleagues. 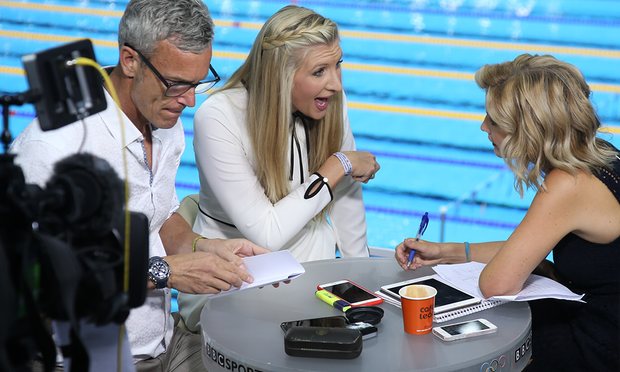 Does booing show a lack of respect?

The BBC commentators were certainly not alone in picking up the difference in attitudes to the Brazilian home fans’ boos of other teams that seemed to characterise the behaviour of the crowds during the competition. This all came to a head the night I went to watch the athletics at the Engenhão stadium during the medal ceremony for Brazilian Olympic pole vault champion Thiago Braz da Silva. After a controversial follow-up to the previous day’s competition, the resounding boos that filled the stadium when French athlete Renaud Lavillenie took to the podium reduced him to tears. The IOC condemned the crowd’s behaviour, however this did not stop it from continuing to occur at almost every sporting event in which Brazil was competing.

When it comes to heckling, as Europeans, we have been taught that booing is unacceptable in any competitive sporting circumstance, especially in a sporting highlight such as the Olympics. The BBC also made this very clear. However, it is not an opinion that is shared by the Brazilian nation. When I asked my friends why they thought booing at the Olympics was acceptable, they insisted that it was merely a matter of healthy rivalry and a way of showing support for their own country. In terms of the noise being a distraction to athletes, according to Brazilians, the crowd should not be blamed for a loss in their concentration: the competitors themselves should deal with it appropriately. 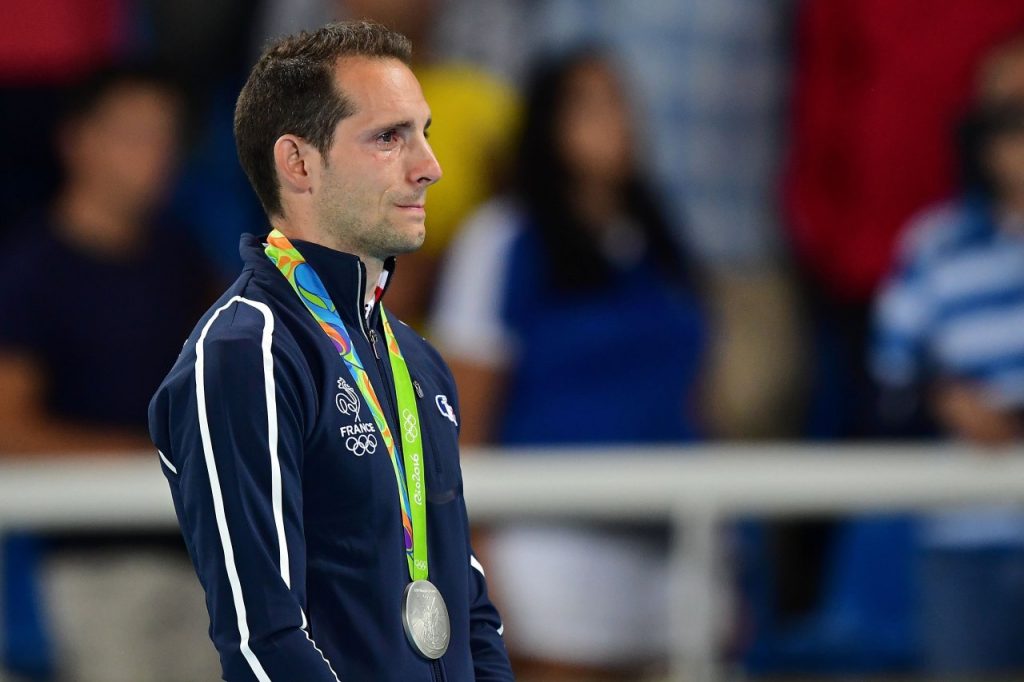 Ending on a sour note

Perhaps the most disappointing moment of the BBC Rio 2016 coverage were the comments made in the studio after the closing ceremony had finished, on the final day of the Games. During some personal reflections on the Games, Clare Balding asked BBC Chief Athletics Commentator Steve Cram what sort of legacy Rio 2016 would leave with him. Without explicitly specifying what he said, what followed were some distinctly negative comments about the organisation of the Games, along with the description of some logistical problems that seemed to have tainted his experience in Rio.

It goes without saying that the Rio Games did experience their fair share of problems, and were not as well organised as they possibly could have been. However, I wonder whether a genuine knowledge and understanding of the city and the circumstances around which the Games took place would have led Steve Cram to form the same sort of opinion.

So, we return to Juliana’s point about the national prejudice involved in the BBC coverage of the games. Unfortunately, in our western society, we take for granted the organised bureaucracy, seemingly limitless funding for these types of events, and our general perfectionist nature as a country. Having experienced two consecutive ‘home’ Olympics firsthand, the London 2012 and Rio 2016 Games couldn’t have been better examples of complete polar opposites, and perhaps the contrast was made ever starker by the fact that one followed the other.

An important thing to bear in mind is that importing a team of British reporters that know relatively little about Brazil as a country, Brazilian society and culture, and let alone the city of Rio de Janeiro, is bound to cause problems. The correspondent opinion will always be more reliable, given their ability to live and work in the country they are reporting on, providing them with a much better understanding of concepts such as crowd behaviour. We therefore cannot place too much blame on just the BBC reporters, as this same unavoidable problem occurs at almost every Olympic games.

What can we therefore learn from Rio 2016? The BBC, along with every other countries’ national broadcasting service, has the power to influence their viewer’s understanding of Brazil, and in this specific case, in a negative way. As viewers, we have the responsibility to take media coverage of large-scale events like the Olympic Games with a pinch of salt, and be prepared to not sit back and lap up what is shown to us at face value.