Written by BristoLatino
Posted on December 3, 2014 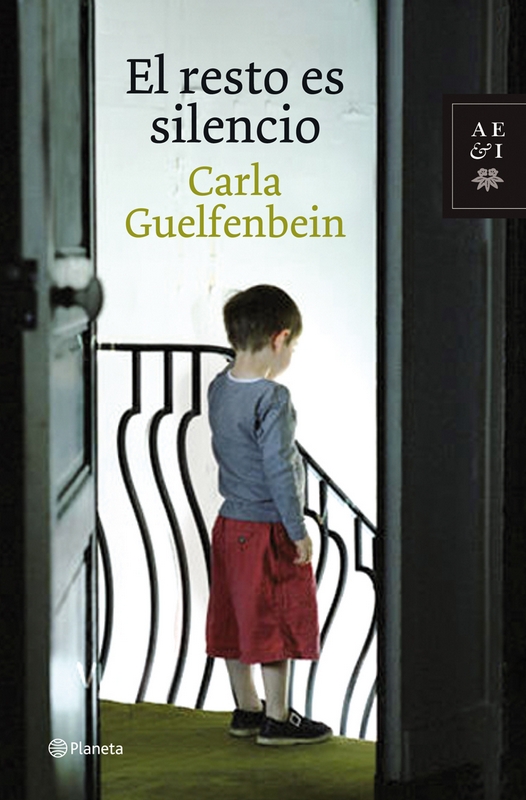 On October 17th 2014, the University of Bristol’s Hispanic department had the pleasure of welcoming acclaimed Chilean novelist, Carla Guelfenbein, for drinks and a discussion on her recent and successful novel, “El resto es silencio” (The rest is silence).

Guelfenbein was born in Santiago in 1958 but moved to England during the military dictatorship. She lived in the UK for 11 years, where she studied degrees at the University of Essex and Central St Martin’s. The author only returned to Santiago when the country was on the verge of democracy. Before becoming a writer, she worked as a designer and art director in Chile, though admits she was destined to follow a path in writing. Guelfenbein is the author of five novels and is awaiting the publication of her sixth. Among her most commended works are “El revés del alma” (The upside of the soul) and “La mujer de mi vida” (The woman of my life).

“El resto es silencio”, a novel which Guelfenbein admitted took thirty years for her to write, focuses on the themes of abandonment and repression. The book, set in Santiago, Chile, tells the story of a 12 year-old boy named Tommy, who in the first chapter overhears a conversation which changes his life. In that moment, he discovers that everything he had believed in up to that point had been a lie. Tommy loses his mother at an early age, and the book recounts the young boy’s journey in discovering the truth surrounding her death. Guelfenbein explained that as the story unfolds, it reveals bit by bit the endless lies, betrayals and the most profound secrets of his family life. As interesting as the story sounds, perhaps more intriguing is the way in which it is presented. It is not a typical narration by the protagonist or omnipresent narrator. The story is told from three different perspectives: Tommy’s, Juan’s (Tommy’s father), and Alma’s (Tommy’s stepmother). Alternating voices give the novel a multi-dimensional quality, and leave the reader gripped.

Guelfenbein introduced the key themes of her novel: silence and memory. Memory (a recurring theme in her books), is the driving force of the story. Through these characters’ recollections of past events, the plot unfolds, untangling the web of deceit, and gradually exposes the truth. Guelfenbein’s use of silence is an effective way of expressing the protagonist’s abandonment and repression, and indeed that of his father and stepmother, who are ground down by years of secrets and deceit. The author elucidated her view of silence by making two clear distinctions; there is white silence and there is black silence. She explained that while white silence is the comfortable silence often experienced with a close friend, black silence is much more lonely and tragic; a gaping hole in communication between two people. Tommy – a physically weak boy whose heart condition means he is overprotected – is ignored, while Juan and Alma, who avoid all feeling for each other and their son, are trapped in a marriage of regrets and spent love. As the three voices are trapped in the void of black silence, we are reminded of their repression and abandonment.

For me, the most inspiring part of the talk was Guelfenbein’s poignant reading of an extract from the end of the book. In this final extract, Tommy takes the most courageous journey a boy his age can take; on the date of his mother’s birthday, he leaves Santiago on a long bus journey to visit the place where she is buried. Once in the cemetery, Guelfenbein explains, the reader is presented with a whole different character from the shy little boy we meet at the beginning. Tommy has grown from strength to strength, he is bigger, braver and more mature.

Guelfenbein’s discussion of Tommy’s story truly demonstrated the novelist’s principal message; the importance of fighting for freedom. The writer described herself many times throughout the talk as a constant seeker of “freedom”, both as a person and as an author. She told us of her connection to the character of Tommy, who like her broke free from what she coins a somewhat repressive and stratified Chilean society at a young age. When asked about her country of birth, Guelfenbein’s replied “Chile is a hole”, though somewhat jokingly. She divulged that it was only after being out of the country for many years that she came to see the often “closed-minded and rigid” society of Chile, tainted from years of violent dictatorship. Being Jewish, society had tried to group her, she stated. The oppressive labelling was something the author was oblivious to until she experienced life in the UK.

When asked towards the end of the talk about which Latin American authors have influenced her work, Guelfenbein put the Brazilian novelist, Claris Lispector (1920-1977), at the top of her list, whom she believes deserved a Nobel Prize for her masterpieces “Perto do Coração Selvagem” and “Água Viva”. Also a female Jewish writer, there is a clear common theme in the literature of these two authors: desire for freedom. Other writers such as García Márquez were talented, but not quite as freeing as Lispector, she stated.

Guelfenbein is an inspiring speaker and a very interesting person to meet. Her analytical and passionate discussion of “El resto es silencio” made me excited to read the book and discover the author’s portrayal of contemporary Chilean society through this moving story.