Transformar números en barcos piratas (Transforming Numbers into Pirate Ships), by the Honduran illustrator and reporter German Andino, is the first chapter of a series titled El hábito de la mordaza (The Habit of Silence) which seeks to unravel the phenomenon of street gangs in Honduras. This first chapter, set in the capital, Tegucigalpa, narrates the story of 12-year old Isaac, an innocent boy with a penchant for drawing who soon becomes trammelled by the all-powerful Vatos Locos (kingpins of the notorious M-18 gang spreading from Los Angeles to the Northern Triangle of Central America). He begins to ink the gang members with numerical tattoos that embody devotion and status in their quasi-family units. However, instead of incessantly inking the numbers which identify them as gang members and essentially symbolise a death sentence at the hands of the police, Isaac transforms these tags into boats, granting them an opportunity to break out of the doomed reality of gangs.

(The gang is forever. One cannot leave it in the past)

Andino tells the stories of individuals that the mainstream press ignore, under the slogan #NoHumanIsAlien. This project was formed exclusively through crowdfunding, granting him  complete artistic and political freedom to tell the stories he wanted. It is a multimedia comic comprised of real-life interview recordings, background noises and music, providing the reader with a sonorous, stimulating experience. It was created in part with Alberto Acre, a Spanish journalist who worked as a foreign correspondent in Honduras. The ultimate drive behind the project is to  ‘decolonizar la narrativa. Que Honduras la cuentan los hondureños’ (To decolonize the narrative. Let Honduras be told by Hondurans). 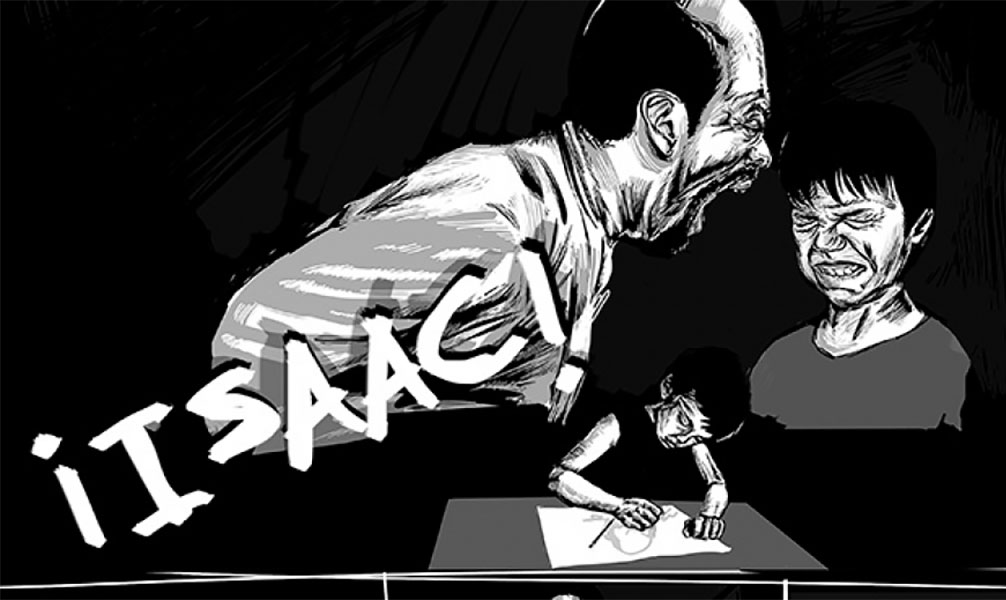 Understanding the rampant gang activity in Honduras and its neighbouring countries, El Salvador and Guatemala, requires looking back at its turbulent past. In the 1980s a US military base was established in Honduras to subdue the leftwing Sandinista revolutionaries in Nicaragua which gave rise to a proliferation of assassinations, kidnappings and disappearances. In 1998 Hurricane Mitch ravaged the entire country, leaving over a million people homeless, a significant figure given its total population of around 9 million. Adding to this, in 2009 a savage military coup d’état overthrew the democratically elected president Manuel Zelaya, weakening institutions and creating a loophole for police corruption, theft, extortion and murder. The current president, Juan Orlando Fernández, is often criticised for putting the interests of multinational companies before his own citizens. Against this backdrop, gangs are formed to provide a sense of belonging within a seemingly hopeless and moribund society. 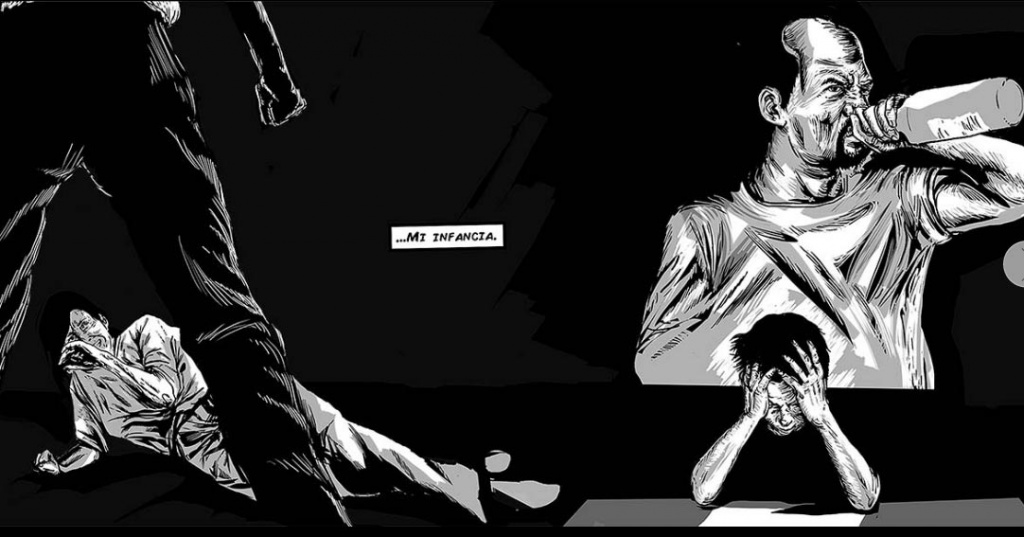 Andino, in partnership with ArtsEverywhere, started an investigative project, ‘The Curse of Geography’,  looking at the relationship of geographic isolation on social justice and human rights in Honduras. As part of this initiative, Andino and Acre travelled to La Mosquitia, on the eastern coast of Honduras. The only employment prospects in La Mosquitia are lobster fishing and drug trafficking, and 90% of the cocaine which is consumed in the US travels through this remote area. The landscape of Honduras geographically doesn’t offer many industries, and Hondurans often turn to drug trafficking simply as a means to survive. Through the physical act of drawing, Andino strives to redefine his country and people, so often misrepresented by sensationalist international headlines. Honduran migrants are often demonised for the gang culture in their country, exemplified by Trump labelling Honduran migrants as violent, threatening individuals. This comic is a sincere and personal project which debunks the dominant narrative about Honduras as a country in ruins without any hope. Works like Andino’s act as valuable stepping stones towards a better global understanding of Honduras, an understanding which can foster change.