Every week we will be sharing one of the pieces from our first ever print magazine which discusses all things Latin America! We hope you become inspired to read and learn more about this fascinating region of the world. Here is the first article from BristoLatino’s editor-in-chief Isaac Norris where he interviews the two women behind La Clandestina.

Nidia and Nirvana are the two powerhouse women behind La Clandestina: a humanitarian project that seeks to improve the livelihoods of the most vulnerable groups in Mexico by sharing traditional flavours with Bristol’s food enthusiasts. The project’s name ‘La Clandestina’ roughly translates into English as a secret supper club. Since arriving to Bristol, a once-fledgling group of Mexicans getting together to devour their favourite food from back home has become a cornerstone of Mexican culture in England.

When did La Clandestina all start and why?

La Clandestina all started in a pub when we began to philosophise about life. We suddenly worked out how much a pint would cost in Mexican pesos. We were overwhelmed by what you could do with the equivalent of just one pint in Mexico, and with the quantity that we were drinking, a family of 5 could eat for a few days. So, we decided that every time we went out drinking, we would drink one less beer, and we would send the money we saved back to Mexico at the end of each month. We sent the money to Nirvana’s mum, and she used it to buy products and distribute them to people in need. We mainly wanted to support the elderly, because in Mexico they don’t have pensions or any form of income, so they struggle to get by. We decided to open a shop where we subsidised the costs for 4 basic ingredients: rice, beans, soups and seeds. Now we have around 80 products. Suddenly everything was moving quite quickly in Mexico while in Bristol it wasn’t as successful. People had already started to depend on the program, so we came up with the idea of cooking Mexican food here in Bristol. We had Mexican friends here who missed Mexican food, so we invited them round to eat with us, and we sent all the money that we raised back to Mexico. That is how it all started. There were only 8 people at the first La Clandestina event, but we were preparing food for nearly 500 at the most recent event.

Have you come across any difficulties as the project has expanded?

Our mission was to share Mexican food and culture with others. People started to spread the word, saying that if you want a real Mexican experience, go and try La Clandestina! Obviously, this advice meant a lot coming from Mexicans! People from all over the world began to come and try our food. It is a secret project because we are not a business. La Clandestina all revolves around sharing and giving a little back. The project has been very successful and we have always been blessed with incredible guests. Sometimes we need a few extra pairs of hands for food preparation. We don’t have all the proper equipment, and once we managed to squeeze 85 people into our flat. It really is special, and everyone that comes understands that, they know about our project and our values. Lots of people arrive without knowing how to act, unable to work out whether it is a restaurant or a house. It is a party where we share everything. Someone asked whether we were scared of letting strangers into our homes in case we got robbed. But as Mexicans we are welcoming, and everyone respects each other. It is a project about sharing and everyone is welcome to share a typical dish, a table, a story, a sauce.

Unfortunately, I feel that there are lots of preconceived ideas about Mexico in the UK. Rather than seeing the cultural wealth, the gastronomy, many see the drugs and violence in the news. Do you agree and do you think that your project could be a useful tool to bring about change and talk about the culture?

We have been working on this project for four years now, and we also have a cultural group which performs pre-Hispanic Mexican folkloric dances. Mexico is about more than just drugs, and it is really interesting because our association with drugs has made us a ‘cool’ country. There are lots of TV series about the drugs trade in Mexico coming out. We are a country in transition, and we are also a multicultural country, a country of immigrants. If these TV series are representing our country in this way, it is our responsibility to characterise Mexicans realistically. To replace those stereotypes with the image of a Mexican that shares, that helps, that has a rich culture and an enormous history that they are eager to share, and that is exactly what we are doing with La Clandestina. 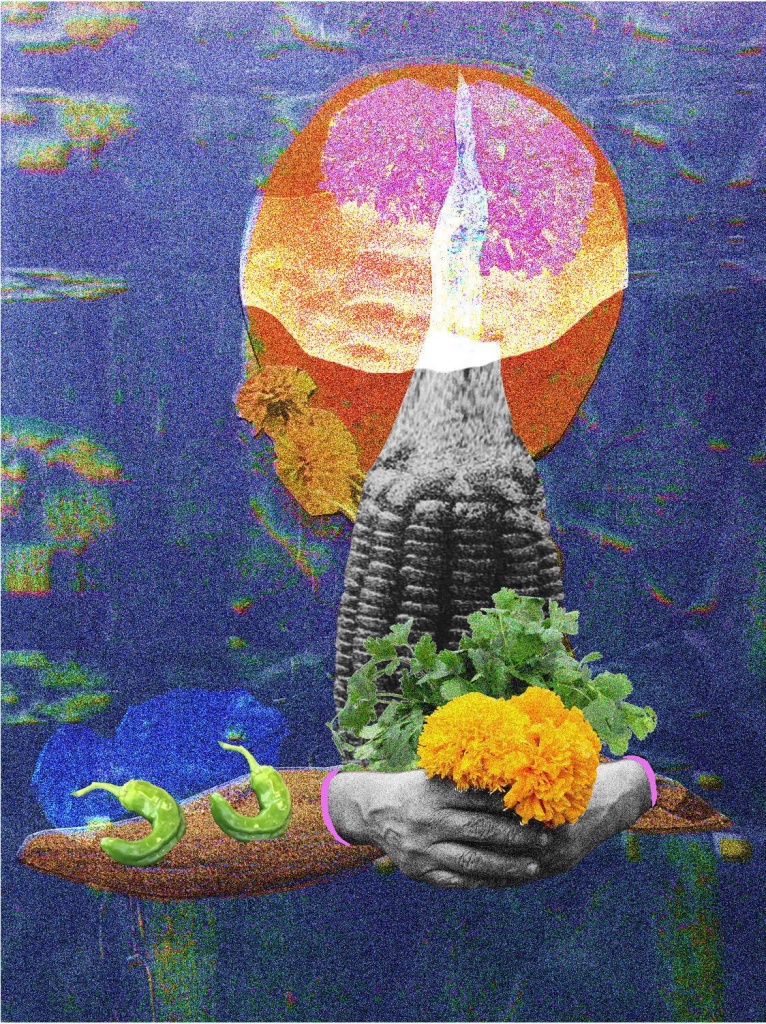 How has the project been received?

It was difficult at the start as it is hard to teach people to work in a social program in Mexico. People want you to just give them something for free as they are in need of so many things. My mother found it challenging to find a group to work with that understood that they have to support each other and work together like a family. We have started some workshops to teach people valuable skills and put them in touch with people who would buy their products. We have many scarcities and economic difficulties in Mexico. We try to understand what the people need.

Do you think that young people understand the situation and are willing to invest in their future?

The idea is to try and reach vulnerable sectors of society. Working with the elderly is difficult as they are very stuck in their ways. Working with young people is equally as difficult, as many of them lack motivation as they see so few opportunities in their future. Many see it as, if I won’t have a pension, what’s the point of working? Young people are challenging because you have to try and teach them to see past their current situation.

Could you speak a little about the importance of Mexican gastronomy as part of the Mexican cultural identity?

Primarily because of the ingredients and the whole process of cooking. The majority of ingredients are endemic to Mexico, which makes food preparation very special. We must preserve our cultural heritage—Mexican food is like no other, it’s one-of-a-kind. It is not just about the food or the ingredients, it’s the culture surrounding it. Some countries eat to survive, in Mexico we eat to share, it is how we communicate with each other. No matter what party you go to in Mexico, you will always be offered food. It is how we live our lives and welcome guests. For La Clandestina, producing a good quality product and making sure everyone is treated fairly is very complicated. We work with brands that protect the rights of their workers so that they are not exploited.

Has it been easy for you to get people interested in Mexican food in Bristol?

Bristol is a fantastic city, very welcoming, especially for all things Latin American. I have come across many people here who have been fascinated by Latin America, and keen to find out more! People are very open to trying new things, so in that sense Bristol has been an incredible place to do this project. It has led us to do things we never imagined were possible in Mexican cuisine. For example, creating vegetarian dishes so that we don’t exclude anyone! 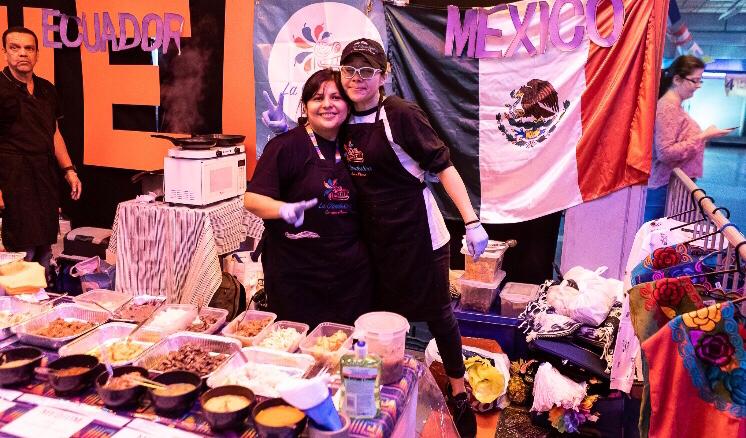