Meet the second half of the Bristol Uni student volunteers of this year’s Olympic Games. BristoLatino travel editor Imogen King and events manager Lulu Price speak to their fellow voluntários about their experiences.

The 2016 Rio Olympics saw 50,000 volunteers from Brazil and the rest of the world descend on the city in order to help the Games run smoothly, and experience a part of the Olympic and Rio atmosphere. Several University of Bristol students of Portuguese, including ourselves, seized the opportunity of being on a year abroad to become a volunteer.

After having had such varied experiences, we decided to talk to our fellow colleagues about their individual time as an Olympic volunteer, to get a better idea of the games and the city of Rio during this historical time. 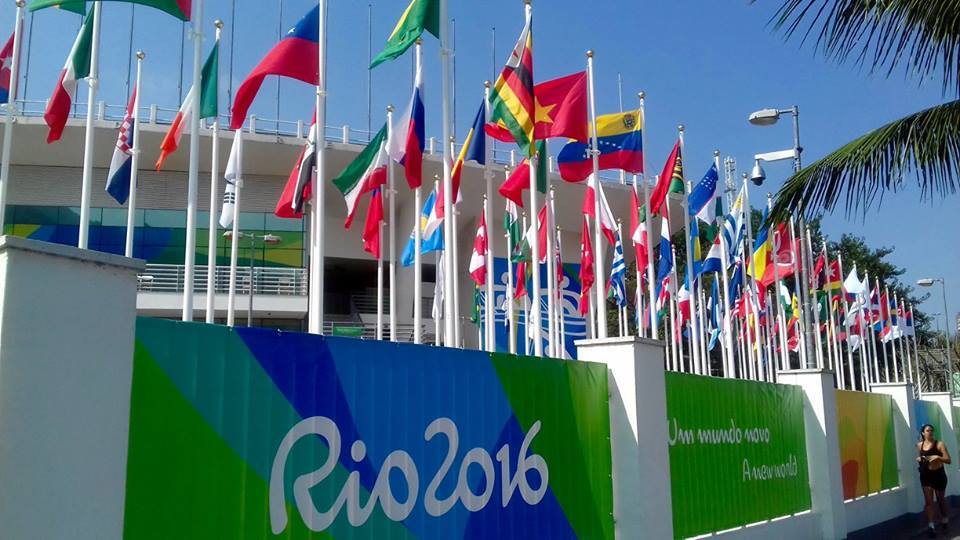 Main duties: Making sure the photographers and cameramen kept their distance from the athletes on the field of play and in the press areas. Also making sure the OBS (Olympic Broadcast Services) had the best spot.

I turned up towards the end of the games so the team was already very close and they welcomed me so warmly! The press area was made up of paid workers and volunteers. The paid workers were mainly Brazilian and Cariocas (from Rio), however most of the volunteers were foreign and had travelled from far and wide just for the games. There were also quite a few Brazilian volunteers. Both the volunteers and the paid workers were always happy and seemed to be having a good time, although this was at the end of the month when things were coming to a close so I’m sure it wasn’t always so easy.

My day would start at 7:30am and the public would start arriving around 8am. Everyday you could feel the buzz as the chairs started filling up with fans. It was funny how each country’s fans had different levels of excitement. I have to say that Korea, China and India love their badminton and put on a great show. Flags, face paint, costumes and screaming chants. I think maybe the GB and Denmark fans didn’t know how well they would do this year so there weren’t many people in the stands but the other countries did some good chanting for them anyway.

How was your commute to and from work?

I was staying a 30-minute walk away from the metro, which I took all the way and changed to then catch the BRT (Rapid Transit Bus), which was always rammed full and took an hour or more. I gave it a go a few times but it would mean realistically waking up at 4am! This is when I found out how cheap and efficient (most of the time) Uber is in Rio. Only £6 for a 45-minute drive! However, this also turned out to be a nightmare because only cars with a special badge could get anywhere near the Rio Centro Pavilion area. I can confidently say that the transport system was feeble. Getting back from work was also a shocker.

Would you say the organisation and management of your team ‘behind the scenes’ was successful?

It was really successful. There were so many of us that there was always someone available to get a job done. There were almost too many of us, I spent a lot of time just watching the game.

How was your wider experience of Rio as a city?

It was such a positive experience. After studying Portuguese for 3 years I’ve obviously looked a lot at Brazilian culture, literature, music etc so finally getting to go and live it was amazing. I think everyone gets that feeling of being overwhelmed at the start because it is the most unbelievable city. Everyone I met was welcoming, funny and generous. It took me a day or two because of everything you hear about Rio in the media but I felt very safe.

I went out with no expectations so I can’t think of anything that didn’t match them. I suppose I didn’t think the games would take place over such a huge distance. The Pavilion was way out east, miles and miles from the Maracanã, it was ridiculous. Anyone that had tickets for boxing in the eastern indoor arenas and then wanted to see the football in the city centre was in trouble because it would be completely impossible to get there on time.

What was the best/most interesting part of your experience?

That would have to be finding Denise Lewis and Colin Jackson being refused entry to the Jamaica House (every country has a base in the city centre). They were avoiding the queue but the bouncer didn’t recognise them! The bouncer said that if they were athletes they could come in half price to which Denise Lewis replied “What about gold medalists?” and the bouncer changed his tune and asked how many of us there were. Yes us. We got in the back entrance to the athlete area of Jamaica House for free. That night ended in walking home shoe-less in the rain and then waking up a few hours later to see Joe Joyce compete for Team GB in the men’s boxing final! Definitely caught that Olympic fever.

They were all really interesting people from different walks of life and it was a really good way to broaden my horizons. They were all keen and willing to help me as a non-native speaker and they all wanted to know about my life.

Very happy, everyone loved the Olympics and whilst the competition was harsh, it was still fair.

The lack of attendance really shocked me. I went to the 100m finals day in the Engenhão stadium and the javelin medal ceremony was taking place in front of a half full crowd. I understood that this might have been the case for the lesser sports, but it was surprising. Also, some venues like the Deodoro were too far away and it took 3 hours to get there, so we missed a hockey match. The food was also not great in the stadiums!

What was the best/most interesting part of your experience?

I thought it was all really fun and I loved it all. The vibe of the city was certainly a positive one and in the touristy areas everyone was really accepting of the Olympics. 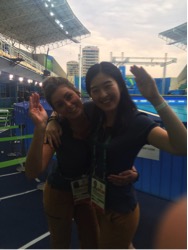 On my team there were 6 of us and my supervisor. Three Brazilian girls, one Greek boy, one Korean girl and my supervisor, who was Australian. All of us were young and 4 out of 6 were studying at media school – that’s how they got the position with OBS.

How was your commute to and from work?

I took the metro and then the bus – both exclusively for people with Olympics tickets or work passes. The journey took about an hour and a half. I had the option of special media transport but it didn’t go from where I was living at the time.

Would you say the organisation and management of your team ‘behind the scenes’ was successful?

Very much so – the routine was very efficient and as we had such a small team we all knew our duties. The only part we struggled with was in the ‘mixed zone’ with all of the press in the arena. This was often very busy and the broadcasters aren’t always very understanding.

I thought I would be able to watch more of the sports on TV but as I was working so much I never really had time. Also the Brazilian coverage of the sports wasn’t how I expected it to be – as Brazil aren’t in all of the sports, they only tend to show matches that the Brazilian teams/individuals are doing well in – I understand that this is the same for all national coverage but I wasn’t expecting it.

What was the best/ most interest part of your experience?

I really enjoyed seeing how all of the media/broadcasting aspects work behind the scenes, it was something I had always been interested in. It was a very fast-paced atmosphere and I was on BBC TV 3 times!