At the 2016 Cannes Film Festival, heated political controversy on the red carpet shadowed Aquarius, as the director and cast held signs declaring that Brazil was no longer a democracy and that a golpe de estado had taken place. 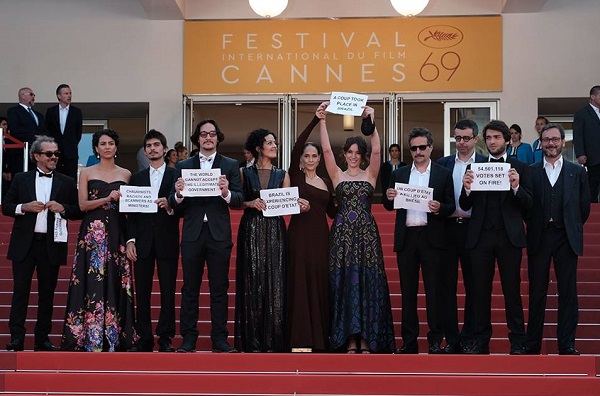 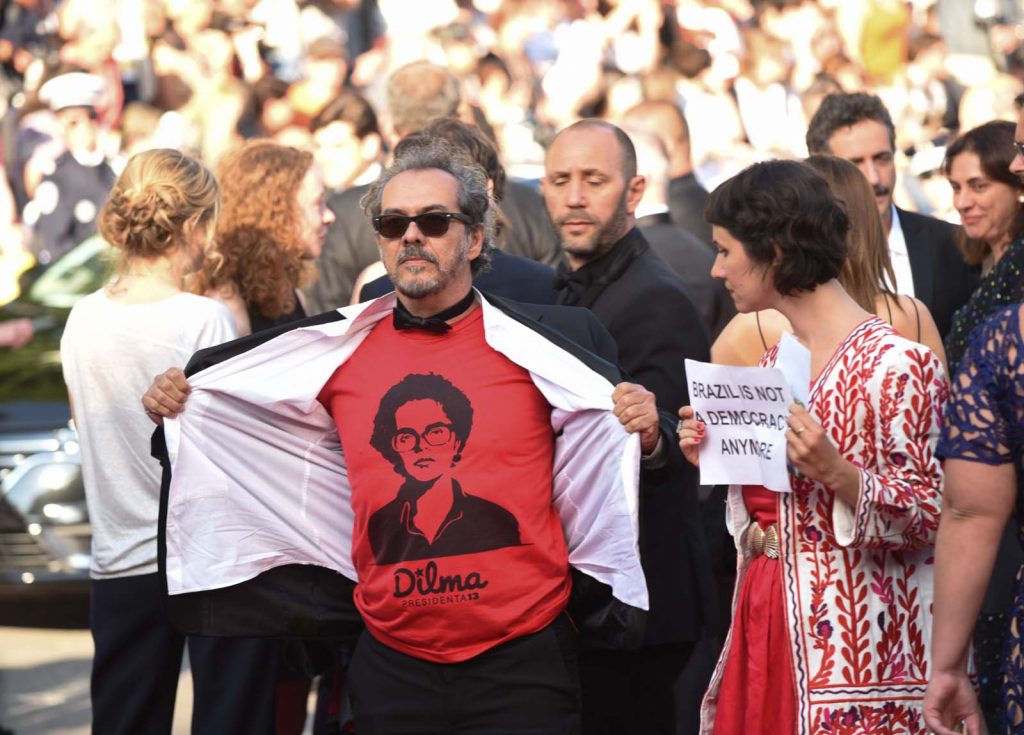 A member of the Aquarius crew wore a T-shirt bearing the face of impeached Brazilian President, Dilma Rousseff

Kleber Mendonça Filho’s second film portrays a defiant performance by the heroine Clara (Sônia Braga). Braga plays Clara, a retired music critic, living in the 1940s Aquarius beachfront apartment block in Recife, North East Brazil. As the last resident living in the crumbling apartment block, property developers will her to leave the home with plans to tear it down and start a new building project. Clara is adamant to protect what is important in her life: her books, records, children and the apartment in which they were raised. The protagonist opposes the progressively sinister tactics used by the property developers and particularly the owner’s son Diego (Humberto Carrão). In a similar style to Mendonça Filho’s 2013 film O som ao redor, Aquarius is absorbed by the intertwining of the characters’ lives in the neighbourhood.

The developers’ attempt to break down Braga with everything from human faeces on the stairs to an orgiastic party accompanied by loud music in the apartment directly above. In her defiant manner, she beats their attempts with her own debauchery. 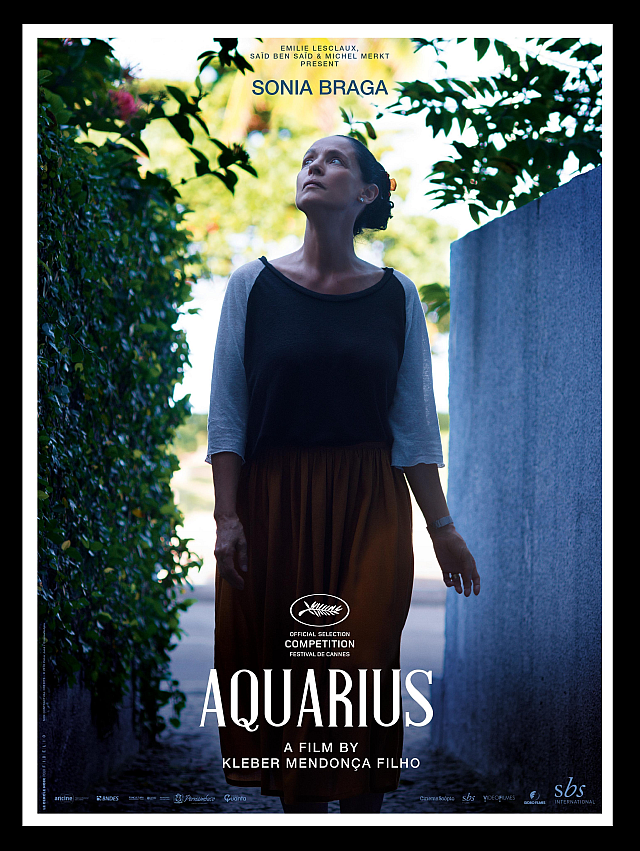 Whilst her children worry about Clara, she denies the constraints of her age and situation. Clara’s obstruction to the developers’ strategies make her the perfect symbol for the fight against unrestricted capitalism.

Symbolic of Brazil’s racial divisions, we are aware of the contrast between Clara’s upper-class background and privileged existence and that of her long-term maid, Ladjane (Zoraide Coleto), reminding us that it is not just her struggles that exist in Brazil.

In an interview with Portuguese newspaper Expresso, Braga commented that, for her, “Aquarius is Brazil”: a building that is being slowly destroyed from the inside by termites.

She also stated that those contaminating and destroying the building are part of society that will not allow the country to live in democracy. The film’s ending throws the truth and metaphor of the film together to highlight the problems that modern-day Brazil faces.