Written by BristoLatino
Posted on February 24, 2020

Every week we will be sharing one of the pieces from our first ever print magazine which discusses all things Latin America! We hope you become inspired to read and learn more about this fascinating region of the world. Here is the editor’s note:

Rosanna West, Phoebe Hopson and Sophie Wall first met on a cold winter’s night in 2012, after seeing an adaptation of Marquez’s A Very Old Man with Enormous Wings at the Bristol Old Vic. Post-show, they sat around sipping beer with other students talking about Marquez, their experiences in Latin America, and what drew them to the place. Phoebe and Rosanna shared a seed of an idea they had formed together: a magazine written and edited by students with a sole focus on all things Latin American. Professor Matt Brown joined in the conversation and advised them to start online, in order to reach a wider audience and avoid printing costs.

After recruiting friends as editors and contributors, the BristoLatino blog was born. In 2015, BristoLatino graduated from WordPress to website. With a £300 grant from the Bristol School of Modern Languages’ Curriculum Enhancement Programme they were able to design the new site, and put on La Buena Rumba, BristoLatino’s club night. It was a roaring success, and dancing to salsa, cumbia, merengue, reggaeton—as spun by Cal Jader of Movimientos—they saw the potential and scope the project still had, not just as a platform for writers, but as a community to bring people together in joyous appreciation of an extraordinary continent, and the abundance of culture within it.

‘Since its inception, BristoLatino has carved out a unique and exciting online space for engaging writings that spark debate and enhance insight on Latin America in the English-speaking world.‘

Since its inception, BristoLatino has carved out a unique and exciting online space for engaging writings that spark debate and enhance insight on Latin America in the English-speaking world. After handing over the baton to the dedicated and imaginative leadership of Sophie Foggin, Rebecca Wilson, Helen Brown and Isaac Norris and their motivated teams, the website and the community has flourished. So much so that the original dream for BristoLatino—a print edition—has come into existence. 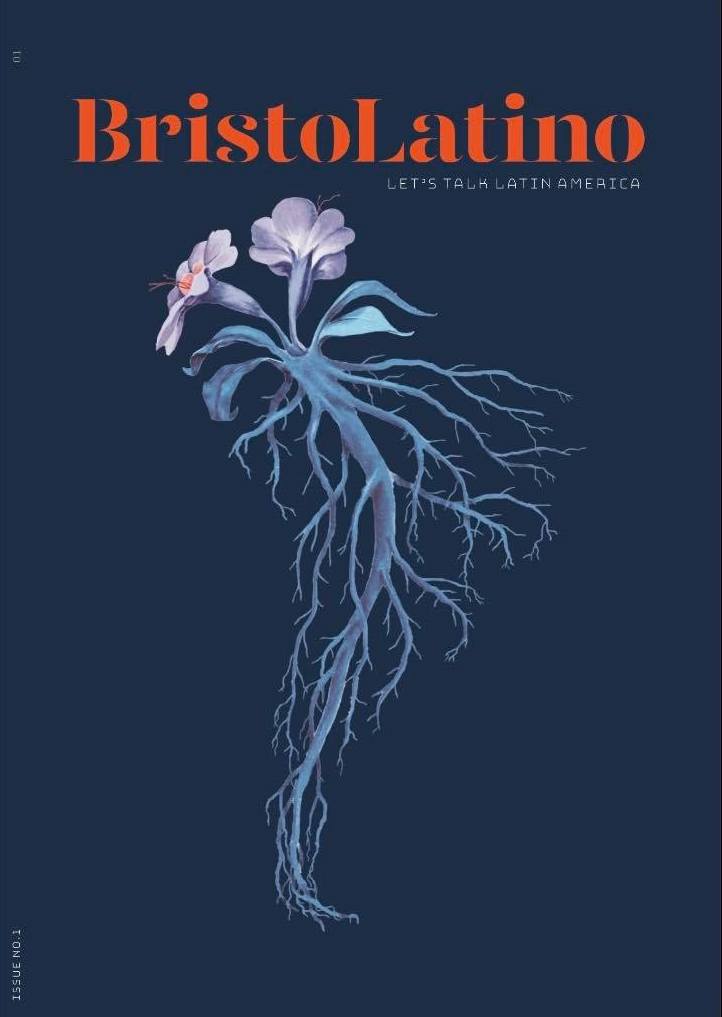 After years of using the BristoLatino website as a platform to promote aspiring artists living in Latin America and in the UK, Helen and Isaac were keen to create a print edition that brought together a diverse range of writers, illustrators and photographers. It has been an honour to broaden the reach of BristoLatino and to work collaboratively with so many talented people. BristoLatino has been enriched by the stories, photos and connections our contributors made after spending their Year Abroad in various Latin American locations, but more importantly by the vibrant, energetic and industrious Latin American community here in Bristol, whose bands, restaurants, food markets, theatre and dance shows we wish to celebrate.

We are delighted to be able to share with you our first ever print edition featuring a wide range of original articles and in-depth interviews that celebrate the diversity and beauty of this fascinating region that is often not extensively explored in the mainstream UK media. We sincerely hope that this first edition inspires either pride in your Latin American roots or curiosity to learn more about this immensely dynamic and diverse region.