Every week we will be sharing one of the pieces from our first ever print magazine which discusses all things Latin America! We hope you become inspired to read and learn more about this fascinating region of the world. Here is the fourth article from our politics editor Tilly Compton about the effects of climate change on Chile’s indigenous communities, featuring an interview with Dr. Paul Merchant, Lecturer in Latin American Film and Visual Culture at the University of Bristol. Paul comments on the current socio-political climate that indigenous communities face in modern-day Chilean society.

Indigenous communities across the world are among the most disenfranchised, yet they are most likely to witness, experience and suffer the effects of climate change. Copper mining and forestry, two of Chile’s biggest industries, encroach upon indigenous land and worsen the effects of climate change. Indigenous communities are threatened by issues such as internal displacement, malnutrition and even extinction, illustrating how the environmental crisis really is a human rights issue that needs to be addressed. In a country where 26.5% of its wealth is accounted for by just 1% of its population, Chile’s neoliberal economic model and social policies have long been concerned with economic gain and environmental exploitation over social justice and equality. Chile’s constitution, which was created under Augusto Pinochet’s military dictatorship, called for the division of natural resources and the dissolution of indigenous communities. However, in October 2019 mass protests originally sparked by a rise in metro fares snowballed into a nationwide uprising decrying the inequalities in Chilean society as well as the environmental conflicts across the country. A looming referendum in April could replace the country’s Pinochet-era constitution and end months of violent political unrest. I spoke to the University of Bristol’s Dr. Paul Merchant, whose current research investigates how South American culture approaches the changing oceans, to gain further insight into the current situation for indigenous peoples in Chile, and how a new constitution would impact their livelihoods.

TC: To kick things off, could you just briefly outline the relationship between climate justice and social justice, and the main issues that indigenous communities are facing in Chile at the moment due to climate change?

PM: I think it’s widely recognised by scholars and activists working on climate issues, not just in Latin America but elsewhere in the world, that the two terms go hand in hand – you aren’t going to achieve one without the other. In the case of Chile, in terms of broader ecological issues as well as specifically issues to do with the climate crisis, the Mapuche community has suffered from severe ecological changes brought about by Chile’s economic model. Forestry and other practices imposed by large-scale private corporations seems to go hand-in-hand with a state whose national police force are more concerned with protecting the interests of these large corporations that are attacking biodiversity. The climate link here is that diverse ecosystems are replaced by these planted forests, which are more susceptible to the risk of fires – an issue that is bound to worsen as the world heats. It’s fairly clear to anyone who takes a look at the situation that the state can get away with this because these lands are where indigenous communities live, a group who have been marginalised by public Chilean discourse.

So, in drawing on the past to map out the current socio-political situation in Chile, how did Pinochet’s repressive dictatorship affect Chile’s indigenous communities?

To the extent of my knowledge any form of dissent was not tolerated. In Santiago, communities that were living in the informal settlements around the edge of the city were particularly targeted by the security services of the Pinochet regime. These communities, which were seen as problem areas and centres of resistance, were largely made up of non-white individuals with mixed or indigenous heritage. The most famous of these communities was La Victoria. One interesting fact to note is, as portrayed in the film La Frontera directed by Ricardo Larraín, traditionally indigenous communities were used as prison camps, where political prisoners were confined to these communities and subject to a sort of internal exile. In recent years, quite a lot of artists, filmmakers and writers have also identified a kind of continuity between the repression that went on under Pinochet and the repression of indigenous communities by the Chilean state in earlier periods. Director Patricio Guzmán addresses this in both his films, El botón de nácar (2015) and Nostalgia de la luz (2010).

When speaking about the romanticisation of indigenous relations to the environment, I guess what I was getting at was the idea that there is a risk of seeing it as “looking back” on some kind of imagined past that’s not even necessarily imagined by the indigenous communities themselves, but by an outside, “western observer”. The idea that indigenous communities lived in a very sustainable way off the land by fishing and using their traditional practices, which pitches a very admirable and harmonious image; something that [the western observer] would claim we need to go back to. I think there is a risk in the nostalgia that is associated with this, because it can perpetuate this idea that indigenous communities are backwards in some way. These days, particularly in a country like Chile, but even in the Amazon – Peru or Brazil – there are very few communities that are not touched by the modern world in which we live. Seeing it as a separate form of existence is not helpful nor true. 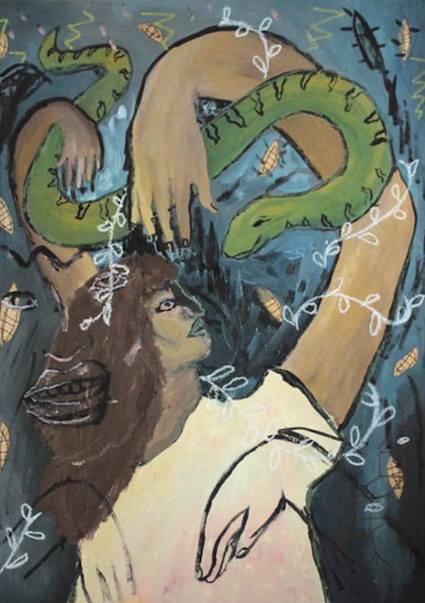 Do the Chilean government try and give off an image that they are implementing some sort of protection for indigenous people, or is there really nothing being done to support them?

I’ve not heard them express a desire to protect indigenous communities. The strength of the socioeconomic inheritance from the Pinochet’s economic model is very important to the government, and to them is what makes Chile stand out as one of the most successful countries in Latin America. Piñera’s government is steeped in this mode of thinking that what matters is the preservation of the economic engine of the country, as Piñera himself is one of Chile’s richest men. This is all in flux now because of the recent protests – the government is scrabbling to respond to the demands of indigenous communities, amongst many other groups, about the injustices that are felt. But, as I said, many people feel the government is on the side of [these corporations]. To give you one example, copper mining is a hugely important part of the Chilean economy, and where there are conflicts over land or water with communities in the north, I’ve not heard of any cases where the government would be aligned with those communities against the corporations.

You spoke about a new mode of thinking regarding sustainability in Bolivia which bestows “non-human” rights upon nature to safeguard it against corrupt governments and foreign businesses. How successful has this legislation has been so far protecting indigenous communities and the environment in Bolivia, and do you think there is a chance that it will be implemented in Chile?

It’s a really mixed picture in Bolivia. You have the constitution which enshrines these non-human rights to bodies of water, forests, etc. Under the recent government, however, it seems that there is quite a large gap between the discourse and the reality. Particularly in the Amazon, in the region known as the TIPNIS (Isiboro Sécure National Park and Indigenous Territory), the Morales government wanted to build a new highway that went through the area and there was talk about the construction of dams for hydroelectric power generation. So, the question of how much affect these non-human rights have had in practice in Bolivia is, at its best, a mixed bag. What chances are there of it being implemented in Chile? I mean, who knows. As we now seem to be moving towards the process of a new constitution that seems to be emerging out of all these protests that have gone on over the last few months, I’m sure that there are people who will be pushing for it, but it would be a very big change. It’s not impossible, and it’s exciting because if you asked me a few months ago, I wouldn’t have even said it’s even slightly on the cards, but at least now there is a chance and an opening for it to happen, which is a big development in itself.

It’s clear from what you have said that there are multiple root causes for the global environmental crisis, and it has to be dealt with as a multifaceted issue. What would you consider the most important steps for both Chile and the international community to take in order to tackle the inequalities suffered by indigenous communities and the environment in order to ensure more positive and inclusive action towards resolving the climate crisis?

It might sound like quite a general answer, but I think effective local democracy is really important. This would apply anywhere in the world but is crucial when it comes to down to it. If you give people a sense of a stake in the management of local resources and the capacity to effect change, even if it’s on a small level to start with, that’s really powerful because you then restore a sense of agency. Another legacy of the Pinochet era is that Chile is a highly centralised state, and although some changes are being made now, and I’m sure the new constitution will bring in more, regions, provinces and city governments don’t have very much power and in some cases aren’t even elected. This is changing, but it has meant that local voices and local concerns are not heard. You need a space in which ideas emerging from the ground up can be put into practice, so that this good practice can then spread.

What about internationally – is there anything that we in Britain, or even Bristol can do to help? I suppose raising awareness and talking about the issue is quite key…

Yes – I mean, it’s a global challenge. I think whatever pressure we can put on the British government to advocate for these issues is about the most valuable thing we can do.