BristoLatino travel editor Imogen King talks us through the controversial images of women used to advertise annual TV coverage of Carnival in Brazil.

The traditional essence of Carnival is intertwined with the infectious spirit of Samba, a music and dance firmly rooted in Afro-Brazilian history. Far more than just a week of partying, Carnival is an important underpinning of Brazilian culture: at the same time both a celebration of life and a cathartic escapism from its harsher realities.

Set on the global stage, however, this ‘spirit’ of Samba and its lively drumbeat often project an image of Brazil as a kind of racial paradise. Consequently, the commercialisation of Carnival for global consumption has come at the cost of racial equality, through the hyper-sexualised and idealised image of the Brazilian female.

This image has been firmly cemented by the symbol of the Mulata Globeleza: a virtually naked (bar a few licks of bright body paint) samba dancer of mestiça origin who appears on the national television channel Rede Globo during carnival coverage. This samba-ing sensation first appeared on screens in the 1990s, after being created by the designer Hans Donner – a white male of European descent – for his partner Valéria Valenssa, who perfectly encapsulated the internationally desirable mulata woman and went on to hold the title from 1993-2005. 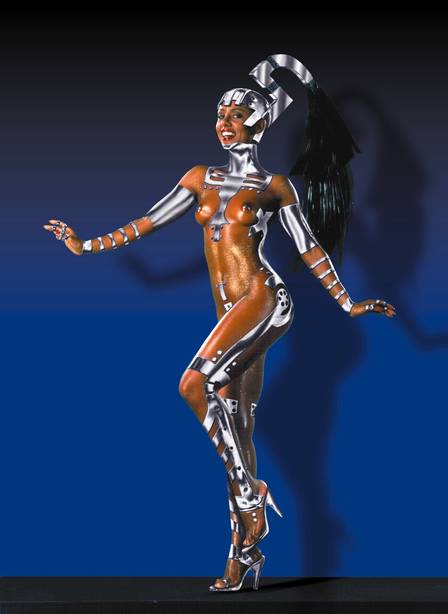 The image of the mulata subsequently came to represent Brazil’s racial mixing and the typically “sexy” Brazilian woman not only because she dances samba, but also because her skin colour and other characteristics, such as her slim nose, light eyes and wavy (not frizzy, of course), were seen as the perfect personification of mestiçagem; a mix that allowed for the ‘whitening’ of African characteristics. Rede Globo has been transmitting this exact image onto television screens for over two decades through the hyper-sexualised nude body of the Globeleza, leaving little room for racially diverse distinctions of beauty within the commercial consumption of Carnival.

In 2013, Rede Globo shook things up by hosting a publically voted competition for the role of the Globeleza. After weeks of competition to ferociously out-samba each other in the hope of becoming the face of Carnival, Nayara Justino won 53% of the public vote. Justino’s win seemed to promise more than just the Carnival Queen title. Her skin colour and characteristics broke the those of a typical mulata woman: a step forward towards a more racially inclusive Carnival? Unfortunately not.

Soon after she made her debut on television screens, Justino received racial abuse on various social media sites, comparing her to Zé Pequeno from the film City of God and having her natural breasts mocked for appearing like ‘indigenous breasts’. Following extensive social media trolling and public complaints to Rede Globo regarding Justino’s appearance, the television channel proceeded to remove her from the role with little-to-no explanation, and quickly replaced her with a more ‘acceptable’ mestiça Globeleza. Such complaints, together with Rede Globo’s rapid removal of Justino from the position, revealed the racial prejudices that continue in Brazilian society, leaving a bittersweet taste at a time that is supposed to celebrate Brazil’s rich culture and heritage. 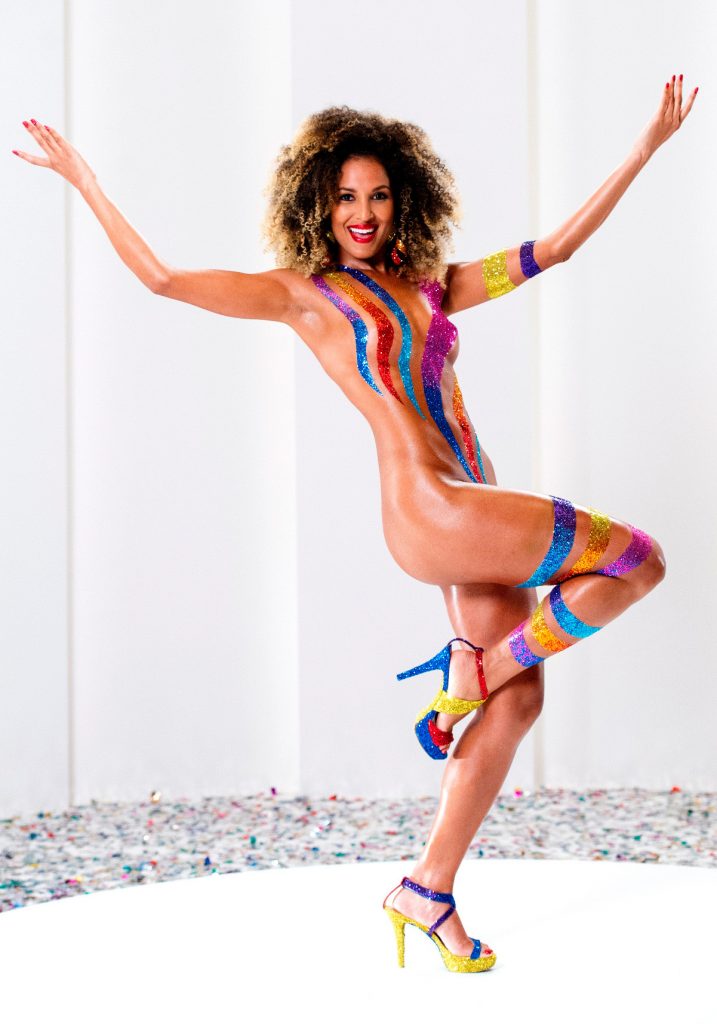 While Brazil’s Carnaval is undeniably one of the most impressive parties in the world, it is easy to get lost in its colourful feathers and infectious beat and overlook Brazil’s racially complex history.

Following the case of Nayara Justino and a growing resentment of the hyper-sexualisation of the mulata woman, black feminists Stephanie Ribeiro and Djamila Ribeiro took to Facebook last year to publicly call for the end of the Globeleza:

“We don’t want to feed the imagination of the foreigner who comes in search of sex tourism. Enough!”

As 2017’s last carnival revellers begrudgingly make their way home, another Mulata Globeleza must also hang up her samba shoes. However, this year, the Rede Globo stage saw a less scantily clad Erika Moura surrounded by other male and female Carnival dancers dressed in different costumes, representing the different rhythms of Brazilian Carnival. We can only hope that TV Globo have taken Ribeiros’ comments on board in an effort to move towards a less sexualised and more racially inclusive image of Brazilian carnival on the world stage.