BristoLatino sports editor Joe Brandon asks members of the recently formed No Hablo Español Modern Languages football team how it feels to be an hincha.

With the chance to study languages at the University of Bristol comes the chance to travel to the far reaches of the world, including the continent of South America. Those lucky enough to land upon its verdant shores and marvel at the lush wildlife on display encounter a people completely and utterly obsessed by football. Football pervades all aspects of life in South America. In Rio de Janeiro you cannot cross the street without seeing the red and black of the Flamengo shirt. In Buenos Aires, say the word ‘River’ in the wrong place and you could find yourself at the mercy of aggressive Boca fans gesticulating wildly as you explain in faltering Spanish that it’s all a big misunderstanding. It is in this environment that the humble English football fan, accustomed to the sterilised and franchised world of the Premier League with silent stadiums and fickle fanbases, finds himself very much out of place. 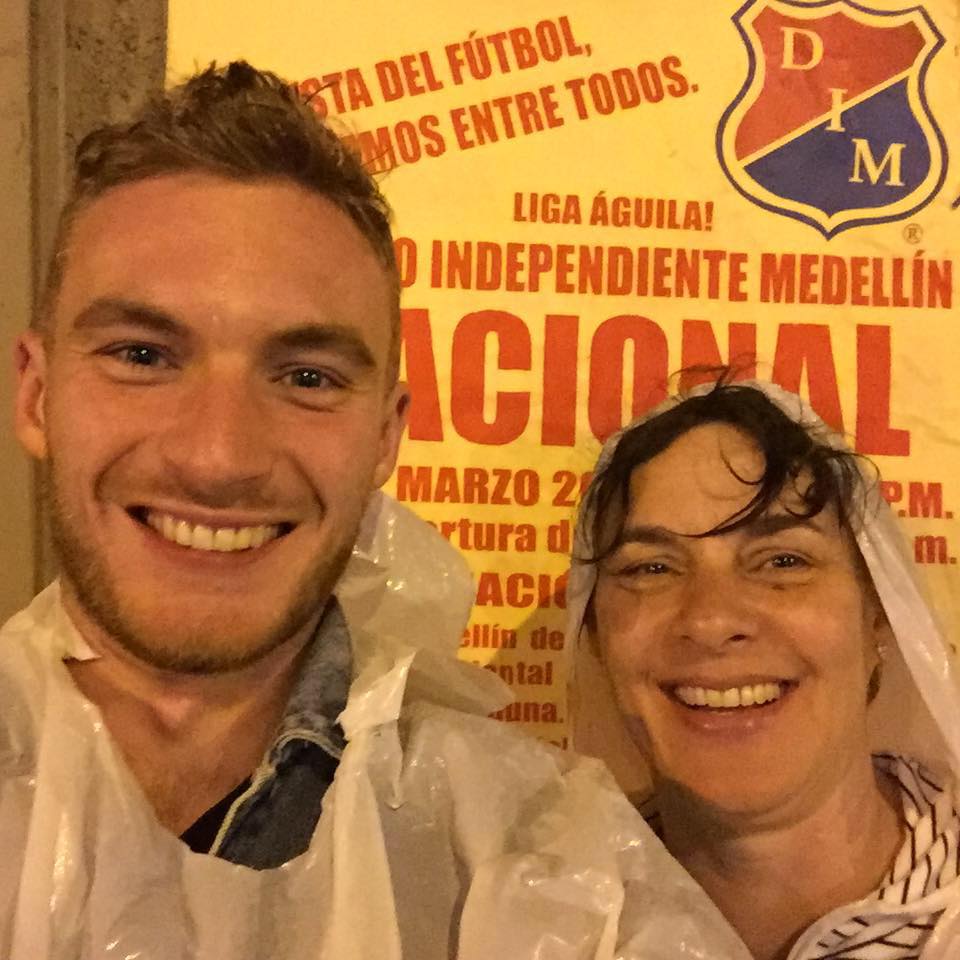 In Colombia, football fans are mental, really passionate and spend the entire 90 minutes bouncing and singing. The stadium I went to was really basic, with just a concrete bowl with a concourse running all around the outside and no roof, so we got absolutely soaked when it rained. The quality of football is pretty poor, as most good Colombians play in Europe, so there are a lot of Colombians, Venezuelans, Peruvians and Bolivians who can’t get contracts elsewhere. There is a LOT more diving too.

Weirdly, while the office was football-crazy, and everyone stopped working for 2 hours whenever there was a Colombia game on to watch it in the meeting room, there wasn’t really an office team established which was quite disappointing. In the end, I only played twice all term, but the quality was pretty good, everyone’s touch was neat and even the bigger guys could dribble and tackle.

I was conflicted about a local team, so didn’t really get involved in Bogotá, but did go to an Atlético Nacional match in Medellín (see question 1).

I think the atmosphere at games. There was a big standing section with streamers and flares, and their constant chanting made it more entertaining, especially as the football wasn’t great. 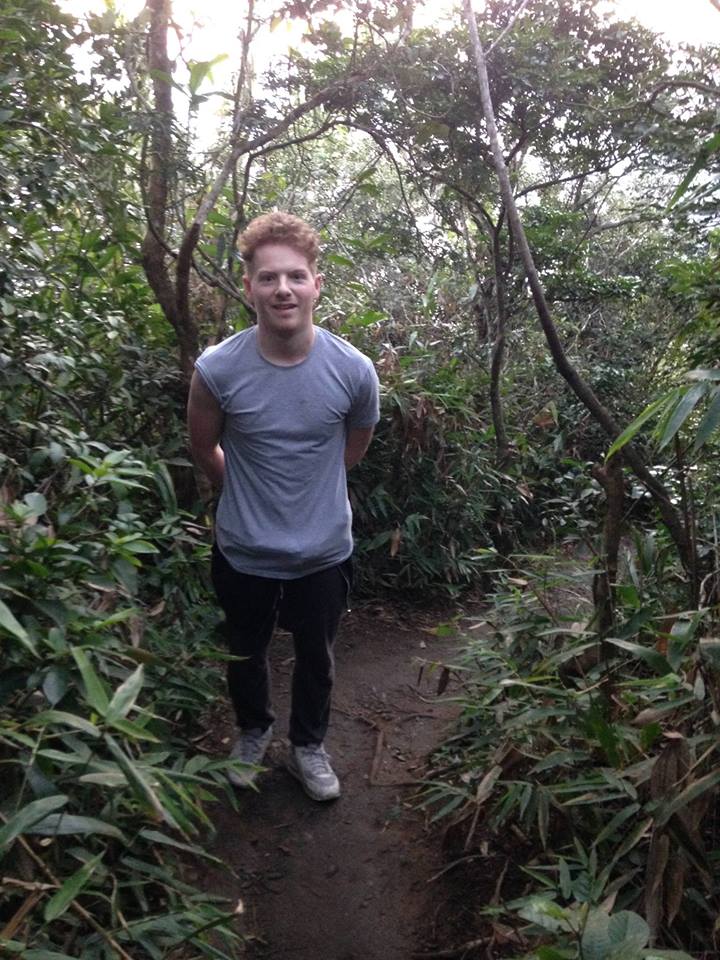 During my five months in Buenos Aires, Argentina, I noticed how much more emphasis is put on keeping the ball at all costs as well as close control and dribbling. Also, whilst I’m not sure if this transfers exactly in 11-a-side football, but positions in Argentina appear much less set in stone, with most defenders equally capable of dribbling with the ball at their feet as attackers.

I’m going to say that Buenos Aires is the most footballing city I have been to, in terms of ease and availability to play. Part of this is rooted in the fact that the city has so many available canchas (pitches) due to the popular demand of football in Argentina, but another part is linked to the friendliness and openness of the Argentine playing culture. Within 5 minutes of talking to my 89 year old neighbour I was offered a spot to play in his cousin’s 5 a side team… Needless to say my experience was really positive.

Away from the Boca vs. River rivalry in the city, a pal and I became surrogate Lanús fans after buying tickets to go and see the league cup final in May vs. San Lorenzo (at the bargain price of £9!). The game was crazy, the atmosphere and passion on show has to rank as one of my best footballing experiences.

Although Argentinian football teams have a notorious reputation for violence, from observation of the national team and the football on display in your local cancha it’s clear that Argentina has a strong footballing identity. I don’t however believe copying a successful identity like Argentina’s is the way forward for English football on both a grass roots and national level. However the forging of our own national identity of style and play could well be. 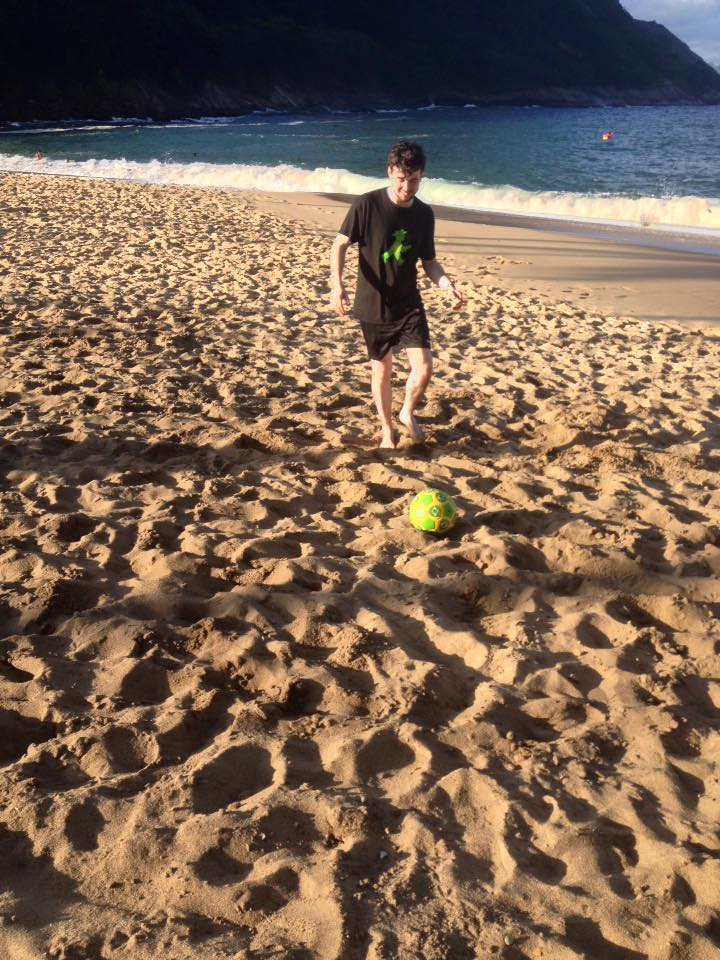 The aimless violence of Argentinian football is rather thrilling, but on the other hand there’s a culture of simulation that we don’t have over here really. You’d see a large, potbellied man fly into someone like they’ve insulted his mother and 5 minutes later he’ll be lying on the floor clutching his shin after a light breeze.

I honestly just typed ‘play football in Buenos Aires’ into Google and Fútbol Amigos popped up. It was a mixture of foreigners and Argentines, men and women, and all different ages. It was to a pretty good standard and on 3G pitches, although the Americans still called it ‘soccer’.

I followed the local football but the quality was utterly dismal. I went to Lanús v San Lorenzo in the league final, and the fans were insane. The flares, the jumping, the singing, the banners, the atmosphere – it was incredible. The lack of security was frightening, however. I managed to walk past 3 barriers before getting stopped at the fourth because I was amongst the away fans. The atmosphere and the football on display couldn’t be any more contrasted.

The money in English football is obscene and ticket prices detract from the atmosphere at games here – you only need to look at a half empty Etihad to understand that. I think Argentina clubs go that extra mile to support local players and grass roots football (since they have a much smaller pool and resources compared to English teams) and it’s reflected in the fact they’ve made it to their last 3 major finals, although they haven’t won. We lost to Iceland, so there’s a lesson to be learned somewhere. 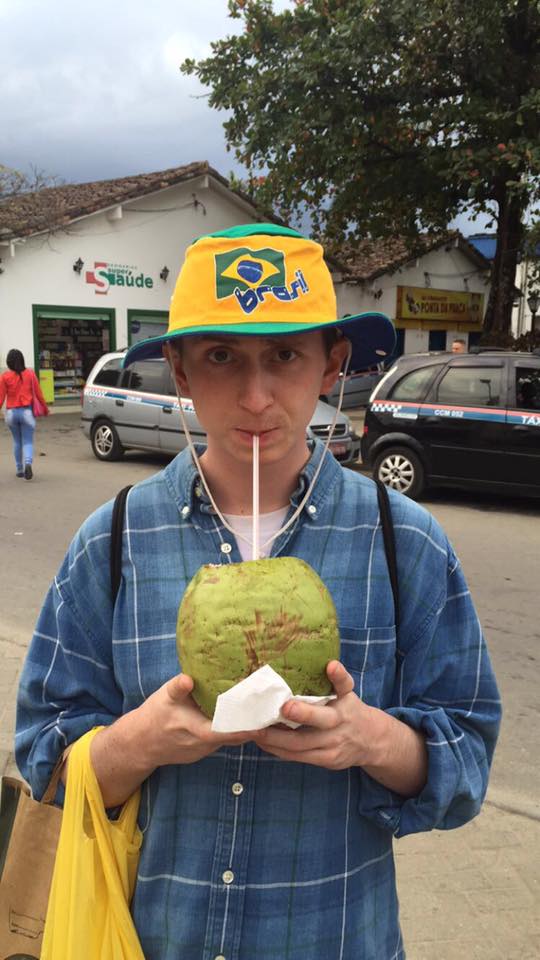 It sounds obvious but you can immediately see that football is embedded in Brazilian culture. Everything people do is football. Unlike in England (London in particular) where football isn’t really seen in day to day life just walking around, unless in pubs or bars or on the backs of newspapers, it is seen everywhere in Brazil. People crowding around radios on the street, crowding around botecos (street bars), playing on the beaches, playing futevôlei (a mixture of football and volleyball), playing on the side of the road etc. The football culture is much more visible than in England.

I only played football a couple of times, but the majority of the people I played with were European. However, the few Brazilians we did play with were incredible and ran rings around us.

I didn’t get too involved in supporting a team as Flamengo were temporarily playing away from the Maracanã. Going to the Maracanã regularly was one of the main reasons I was excited to come to Rio, so I was a bit gutted when I found out they wouldn’t be playing there. We did go to one match there though. Botafogo x Vasco de Gama in the first leg of the Rio cup final, to a half empty stadium, yet it still managed to produce one of the best and loudest atmospheres I’ve seen. There was also what could only be described as a small army of fully armed riot police which was a bit intimidating.

The biggest positive is their deep seeded culture, which isn’t really ‘transferable’, and not something we can really learn from exactly, but it’s definitely something I prefer over there. We did manage to bag cup final tickets in probably the most famous stadium in football for about £25. That’s definitely something we could learn from. There’s too much money in English football. But then again the quality of the football we saw was far inferior to what we see here.