Last weekend was the annual Latin American Encounters event here in Bristol, an action-packed day showcasing the cultural diversity of Latin American. Bristolatino’s Isobel Vasey went along to try some of the tasty food!

This weekend saw the return of the annual Latin American Encounter event, a joint celebration of food, music and culture from across the continent, bringing together both the Bristol Latino community and fellow food lovers. The warmth from the community was apparent as soon as we arrived. Tucked away in St Judes, the event could easily have been missed, was it not for the smell of the choris sizzling away on the parrilla, and the sounds of Latin music spilling out of the hall. Running all day and into the evening, it hosted salsa classes, a flamenco performance and live music from a Mariachi band to keep the crowd entertained….. 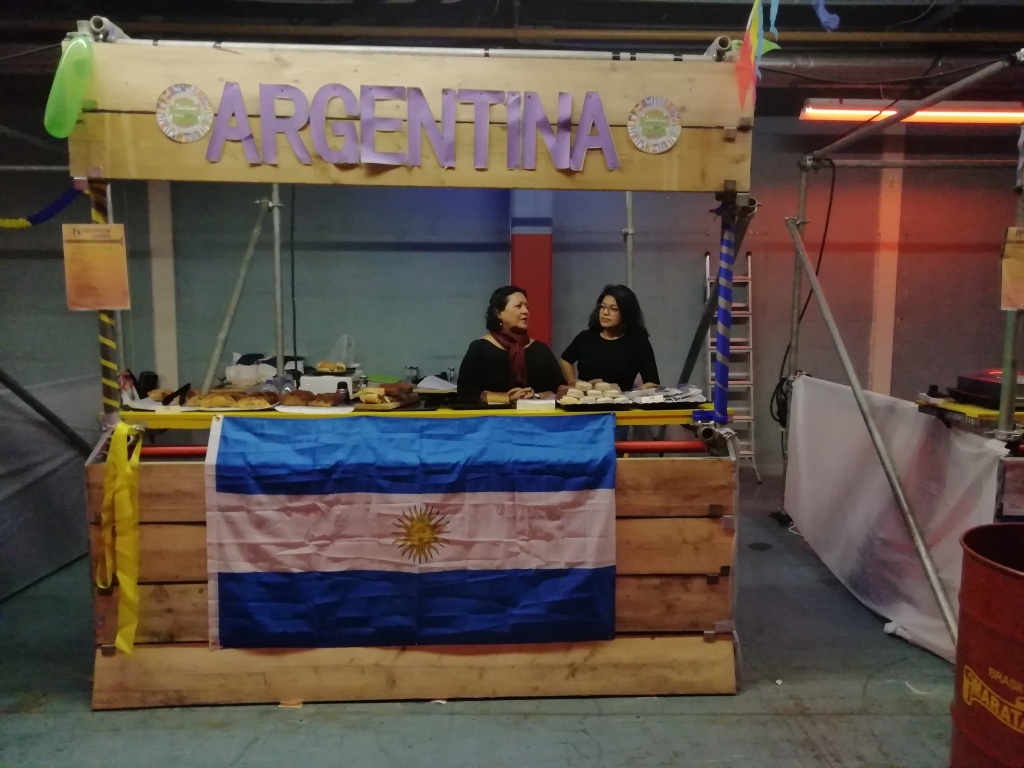 Without a doubt, the highlight was the diverse range of regional cuisines available throughout the day, with several countries from Latin American showcasing their nations’ specialities. Argentine empanadas oozed with cheesy fillings and queues formed for freshly stuffed arepas. The first stop I made was to Cuba, sampling some traditional tamales filled with pork and chorizo wrapped in banana leaves. This was served alongside black beans with rice and deliciously succulent fried plantain. Tamales, a traditional dish wrapped in maize leaves, can be found throughout Cuba, Venezuela, Colombia and Mexico, with each country using various cooking techniques and fillings. I was told that ‘congri’ is the national dish of Cuba, which consists of these staples alongside pork (the most popular meat) cooked in tomato sauce. Sadly, our stomachs weren’t big enough to taste and compare tamales, and having sampled Cuba’s offerings, we moved onto new flavours – venturing south to Chile. Here I discovered for the first time the delights of ‘humitas’. Again, many variations of this pre-Hispanic dish can be found throughout Latin America, however the Chilean version is corn, onions and butter wrapped in maize leaves. The result is a smooth and comforting sweetcorn purée. This warming dish provided a welcome comfort on a grey Bristol afternoon. We returned to Chile just before leaving to grab a quick dessert, but before that we decided to make a brief stop in Mexico for some tacos. 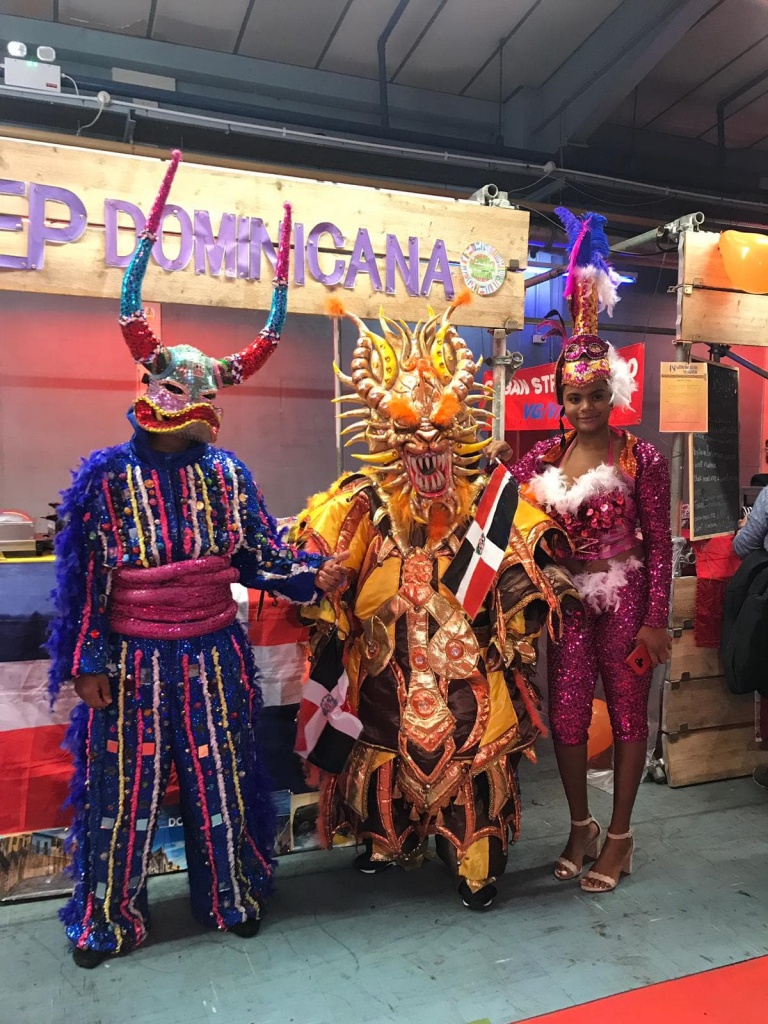 Tacos – that unforgettable moment of first biting into a mouthwatering mess of Mexican flavours. I could have stayed at ‘La Clandestina’ and worked my way through dozens of them, but holding back, I opted for one filled with mushrooms and the other filled with potato and chorizo (my all time favourite after crispy deep fried fish). Arguably, the most important part of the tacos is the salsa, and I wasn’t disappointed given the array of salsas in varying degrees of spiciness. My plate was soon swimming with a medley of salsas, offering notes of sweetness, zing, smoke and heat. The standout salsas were definitely the lime salsa (on the hotter end of the spectrum) which cut through the richness of the potato and chorizo offering acidity and heat in equal measure, as well as the smoked morita chilli salsa which gave a rich depth to the tacos. The classic Pico de Gallo, a popular dish throughout Central America, is made from lime, tomato, coriander, onion and jalapeño, which never fails to disappoints. The sweetness was provided by a peanut salsa, cooling the pallet and counteracting the heat. Sadly, the traditional tacos al pastor and barbacoa did not feature at the stand, and they aren’t the most practical for a pop-up event, but I was told that these, along with a multitude of other Mexican delights do feature at the monthly events hosted by ‘La Clandestina’, an NGO which provides elderly people in Mexico daily essentials that they may otherwise not be able to afford. They were also selling a collection of beautifully embroidered tops made in Oaxaca, hand made by those the project helps. 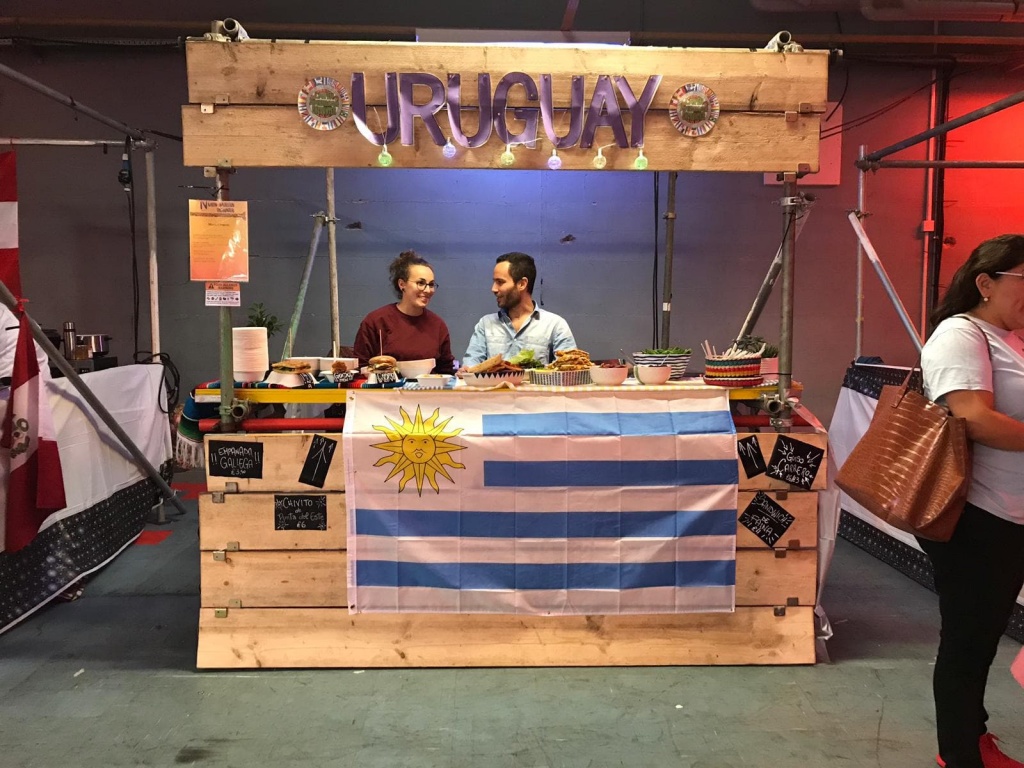 Before heading home, I satisfied my sweet tooth with a lemon meringue pie infused with pisco. Light and fluffy, it was simply delicious, and definitely one I’ll be attempting to recreate at home.