Every week we will be sharing one of the pieces from our first ever print magazine which discusses all things Latin America! We hope you become inspired to read and learn more about this fascinating region of the world. Here is the sixth article from Bristolatino’s Isaac Norris about Brazil’s gated communities. Isaac spent half of his year abroad living in a gated community in São Paulo, Brazil. In this piece, he explores the phenomenon of walled cities by specifically looking at São Paulo as a microcosm of Brazilian society at large, which is inextricably bound up with the all-pervading culture of fear.

The ubiquity of surveillance in Brazil today, from high-tech CCTV cameras to armed security guards, is strikingly unsettling. The fear of violence has propelled the nation into devising countless ways to protect themselves from potential threats. At first glance, it may seem a little extreme, but there are understandable reasons for this heightened wariness. Just take a quick look at the macabre statistics of violence: according to Brazil’s O Globo newspaper, last year alone there were 51,589 homicides.  It is widely known that Brazil is one of the most violent countries in the world, but is the proliferation of gated communities really the only long-term solution, or are there more effective ways of dealing with the rampant crime and violence that has blighted the nation over the past few decades?

The first large-scale gated community in Brazil was Alphaville, constructed in 1973, which was strongly inspired by the Californian suburbs. From the 1940s to the mid-1980s, the centre of São Paulo was the height of cultural effervescence. The wealthy lived a life of opulence in beautiful houses, whilst the poor were left to fend for themselves in informal settlements on the fringe of the sprawling city. Like most urban areas throughout the world, São Paulo experienced drastic changes in urban development from the middle of the twentieth century onwards. During this period, the city underwent a rapid process of urbanisation and industrialisation, symbolised by the utopian slogan “São Paulo não pode parar” (São Paulo cannot stop). As the years went by, the city was increasingly consumed by a severe economic crisis, leading to soaring inflation and high unemployment rates, giving rise to a sharp increase in poverty, crime and violence. Additionally, as the industrial sector dwindled, many factories were closed down and converted into illegal squats. Feelings of insecurity were widespread, and consequently, a large proportion of the upper class abandoned the city centre, retreating to gated communities in the outlying regions of the city. Today, even with vestiges of its former days of great splendour, the city centre is somewhat bleak, mired in poverty, crime and decay. Pleasant green open spaces once teeming with life are now filled with homeless people rifling through rubbish alongside dilapidated buildings. 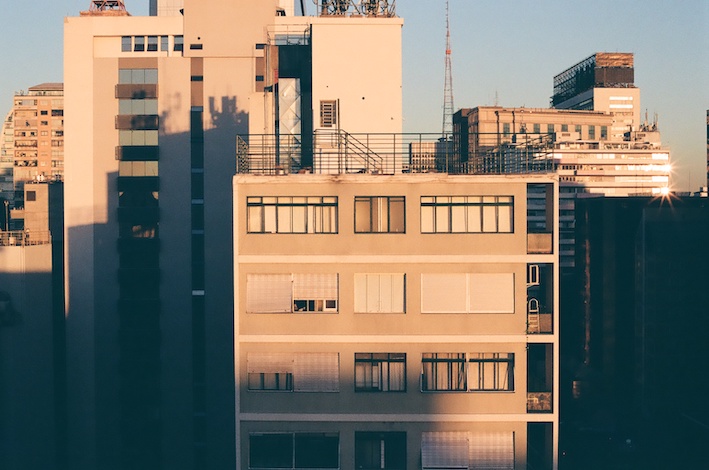 Undoubtedly, social division has taken its toll on Brazilian society. The growing tendency to build isolated, gargantuan gated communities all over the country distances individuals from their surroundings. In her book City of Walls, anthropology professor Teresa Caldeira dubs them “fortified enclaves.” However, the Brazilian newspaper, Folha de São Paulo, published an article revealing that, according to some specialists, living without walls is less dangerous. As the urbanist Regina Meyer explains:

“walls are pernicious, you don’t see the street and the passers-by don’t see you. The street loses its role as a place of encounters and, quiet, the streets become dangerous.” This new way of living, so far-removed from reality, causes irreversible damages to urban society.

In a similar vein, public spaces are drastically affected by the rapid development of gated communities. Formerly, public spaces encouraged healthy social interactions, by carving out a space where people of all walks of life could pleasantly run into each other. Now in Jardins, one of the most affluent areas of São Paulo, everyone drives cars and there is no street life at all apart from the bustling of the countless porters. Gated communities not only create an artificial sense of security for their tenants, but they also add to the psychological stress their residents feel when they are not in their safety nets. Traditionally, city life fostered unexpected encounters, however the phenomenon of gated communities hinders any face-to-face interaction. 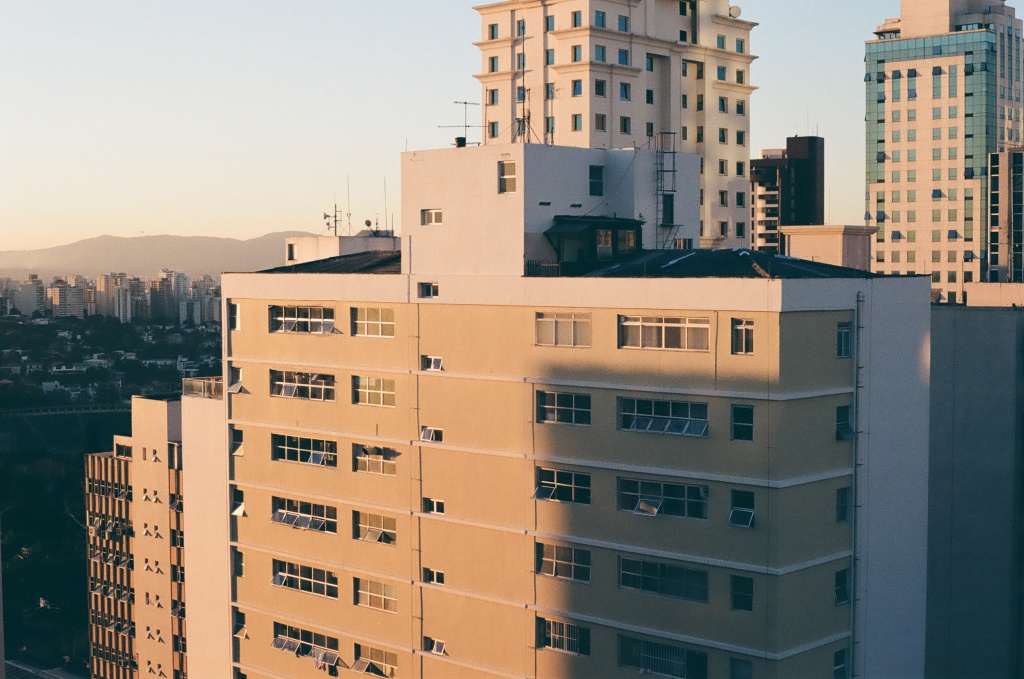 Brazilian mass media plays an important role in the expansion of gated communities through actively creating a culture of fear. Today in Brazil there are endless commercials that stress the importance of “security” and “surveillance”, a marketing tactic used to sell these segregating properties. Estate agents paint a picture of a true “paradise”, far away from the hustle and bustle of the city, luring people in with their persuasive phrases related to security: “you and your family safer”. They deliberately describe the outside world as a deteriorating world.

Gated communities are a barrier to urban life as they aggravate existing social inequalities by preventing different groups from socialising with one another.

Though there is a lot of violence in Brazil, how much of the fear is real and how much is contrived? The Brazilian film Neighbouring Sounds, by director Kleber Mendonça Filho, narrates this urban paranoia as a constant fear that the barriers are going to fall down. The film foregrounds this sense of entrapment by framing one of the main characters, Bia, behind iron bars and towering gates. Perhaps this reflects the fragility of the residents, living in a space that only serves to segregate and feed social differences. As a viewer, it raises questions about whether the current urban landscape is contributing towards a better society. 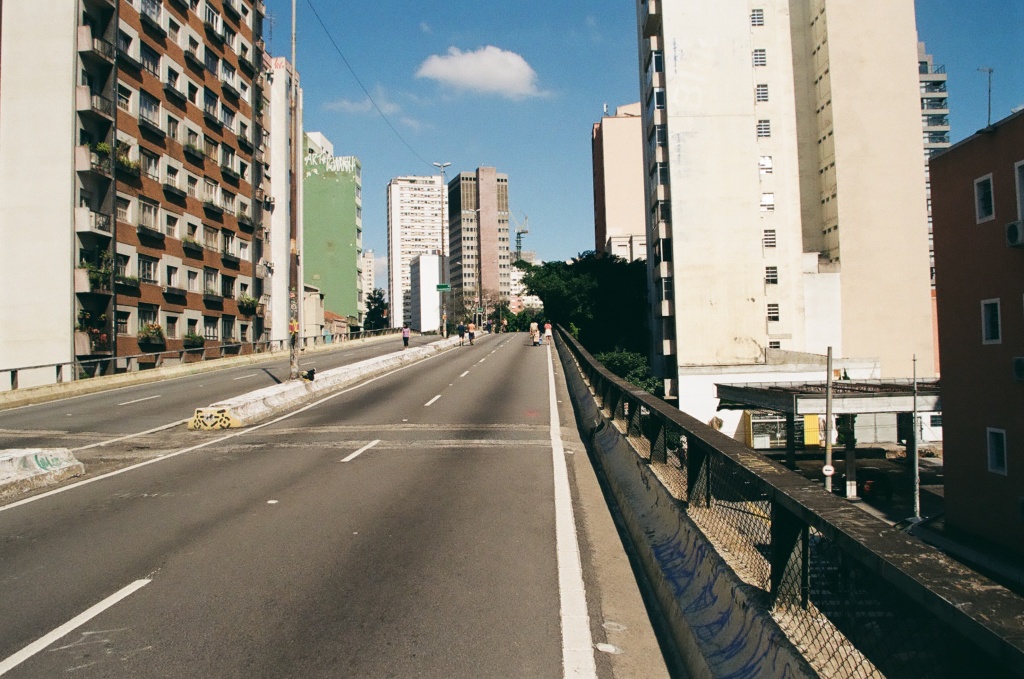 It is simply impossible to say that Brazil is not a violent country, however gated communities only offer a temporary solution. Urban spaces need to be reconsidered to encourage community life, with open spaces that allow for unexpected encounters. Currently, Brazil is one of the most unequal countries in the world. One recent study conducted by the Getúlio Vargas Foundation revealed that the income of the wealthiest has increased by 8.5% over the past 7 years, whilst the poorest has fallen by 14%. Above all, wealthy Brazilians need to stop isolating themselves in these dystopian high-rise buildings that only serve to accentuate and deepen already existing inequalities. Crucially, public spaces need to be valued and protected before they turn into just another gated community. Put simply, São Paulo is a city of walls.

To see more of Isaac’s photography, visit his instagram.