Every month we will be selecting an album of the month from Latin America, one that we think you should listen to! This month our music editor Lily Stroud chose the Guatemalan cellist Mabe Fratti.

Guatemalan cellist Mabe Fratti released her first full-length LP ‘Pies Sobre La Tierra’ earlier this year through Hole Records, an independent cassette music label and concert promoter based in Mexico City. The album, which was mixed and mastered wholly by Fratti herself, has an almost palpable emotional charge; fusing ambient, electronic sounds with impressionable cello compositions. The 8-track album holds a deeply expressive charm to it, for which she has gained a happy following in both México (where she is now based) and her home of Guatemala.

Any praise for the uniqueness of this album is thanks to Fratti’s courageous experimentation. The use of electronic synths to complement the sound of her natural voice alongside haunting cello pieces ignites a conscious allying of ambient and chamber musical styles. The experimentative nature of her music might alarm some on first impression, but as we tune in we are presently delighted by the depth of character and emotion that is conveyed within this masterful collection of tracks. 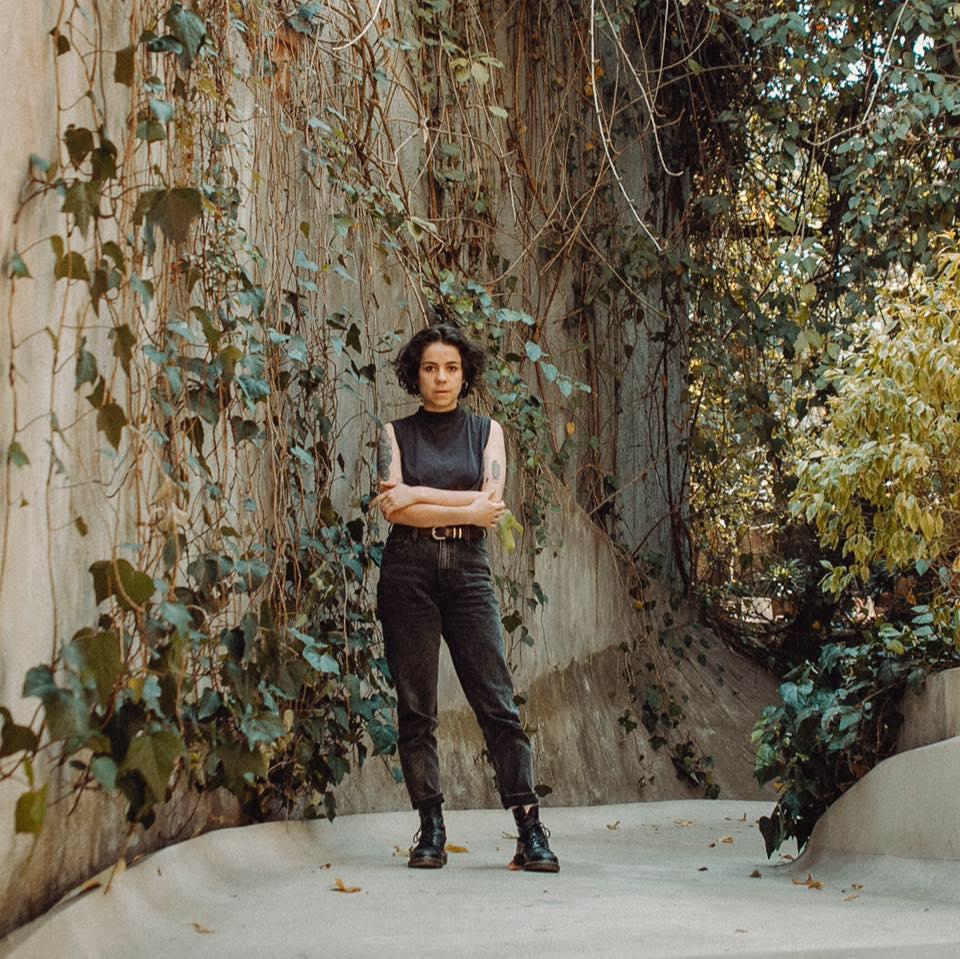 The musician  has described the sentiment behind the album title ‘Pies Sobre La Tierra’ as a reference to the ‘relative freedom and illusion’ of the “mental space”. Growing up in Guatemala in the early 00’s against a backdrop of violent crime and homicide, this ‘relative freedom’ of the mental space seemed to prove for Fratti an escape she could rely on, away from the volatile political environment of which she was victim to in her adolescence. She attended a small music academy in Guatemala where she met her teacher Alfredo Mazariegos who acted as catalyst in the discovery of her personal voice, though she eventually left once the rigid style of the school’s teaching began to clash with her non-conformist ways.

Fratti’s personal pursuit of self-realization came to a head after a lack of musical infrastructure in her home country encouraged a move to México City in 2016 – a known hub for aspiring musicians and artists. Her unconventional methods of blending cello with electronics led to her being picked up by several experimental bands, with whom she toured in México, all the while improving and finessing her own personal sound through live-sets and Soundcloud releases.

These days, after the successful release of her debut album, Mabe continues to entice local fans with her ethereal dream-pop in small venues around México City.

Listen to the full album here.