What legacy has the Bento Rodrigues dam disaster left Brazil?

One year on from Brazil’s worst ever environmental tragedy, BristoLatino editor Will May analyses its consequences and the Brazilian government’s (lack of) reaction.

At 3.45pm on 5th November 2015, an enormous tailings dam burst in the mining district of Mariana, Brazil, releasing 60 million cubic meters of toxic brown slurry that engulfed surrounding farmland and villages. 17 people were killed and the livelihoods of entire local communities were washed away in what Environment Minister Izabella Texeira called the “worst environmental catastrophe in Brazilian history.” 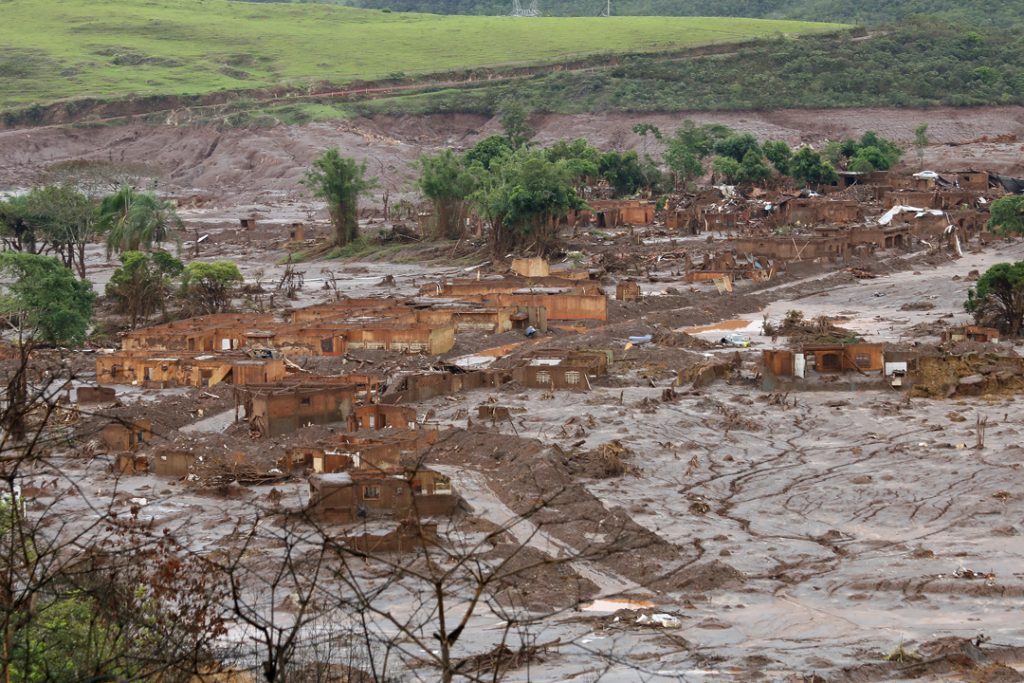 The aftermath of destruction in the mining town of Bento Rodrigues.

Despite the tragedy receiving significant media attention both within Brazil and internationally, the event was promptly swept under the carpet, surreptitiously slipping from national discourse. Brazil’s focus swiftly switched to the looming Olympic Games, the political crisis resulting from the impeachment of ex-President Dilma Rousseff, the spread of the Zika virus, not to mention the country’s worst recession in decades. Yes, it has been a chaotic year for Brazil but the manner in which it has reacted to this disaster has revealed the somber framework within which the country regards its indigenous communities, rich eco-system and diversified wildlife.

In its aftermath, the company responsible, Samarco Mineração S.A, was ordered to pay US$5.1 bn in damages. The resulting agreement, however, came out of talks between purely Samarco and the Brazilian government, and not a single representative from any of the affected areas.

As such, many communities are still waiting to receive the compensation promised to them by the government.

No amount of compensation, however, can truly make amends for the irreversible damage caused by the spill. Estimates calculate that the clean up operation will take upward of 10 years. The direct impact on the people of Mariana, for instance, has crippled the region’s ability to financially support itself. Of the 60,000-odd inhabitants, 11,278 people are now unemployed, more than twice the statewide rate.

The damage is by no means limited to Mariana; the contamination of the Rio Doce, the region’s most important river, has paralysed local fishing industries and polluted drinking water supplies for many towns located downstream of where the dam burst. On top of this, the mud that swamped the river has devastated its eco-system, threatening hundreds of native species with extinction, many of which are endemic only to the Rio Doce.

The loss does not stop there. As the river eventually opens up into the Atlantic Ocean, there has been an enormous knock-on effect in terms of the global environmental consequences of the incident. Andres Ruchi, director of the Marine Biology School in Santa Cruz of Espirito Santo state estimates that “the flow of nutrients in the whole food chain…in half of the Southern Atlantic will be compromised for a minimum of a 100 years.” 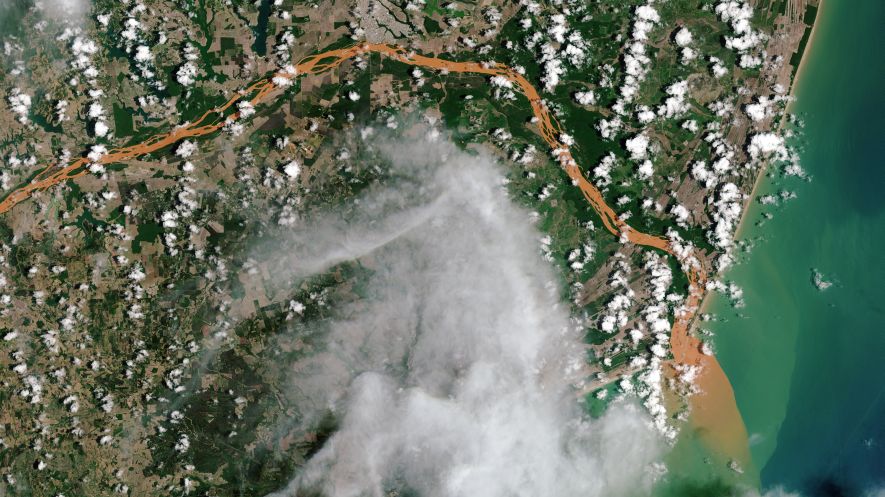 An aerial shot of the Rio Doce reaching the Atlantic.

This therefore renders the spill both a national and international crisis, and one that requires an appropriate reaction: something the Brazilian population are still awaiting.

The lethargy with which the Brazilian government and Samarco have responded is indicative of a state that prioritises the interests of private sector companies over those of indigenous communities. Even if such communities do eventually receive remuneration as part of a reconstruction process, this is still only a superficial measure.

Rather than throwing money at the problem, it is necessary to tackle the underlying structural faults that facilitated this catastrophe in the first place. Greater transparency and more rigorous regulation of Brazil’s mining industry is required, but as the Brazilian government prioritises fast economic growth over long-term environmental sustainability, this is unlikely to occur anytime soon.

As evident from the Mariana disaster, this is not an issue that will only affect a nation. Repercussions can, and will, take place on a global scale. Can Brazil learn from its mistakes and move towards a more sustainable future for its environment? Or is the country’s next ecological crime an inevitability?

Only time will tell.