Jericó: El infinito vuelo de los días intimately portrays the lives of eight women in the colourful village of Jericó, Antioquia. On the threshold between fiction and documentary film, director Catalina Mesa explores what she describes as “the authentic Colombian female spirit.”

When embarking on the project, Mesa’s ambitions were modest. As she puts it, she had “nothing to lose, nothing to win, but everything to give,” and wished only to offer the film as a present to the people of Jericó. It is perhaps this very humility and personal connection to the village that has enabled Mesa to create such a visually stunning and deeply moving film. Born and raised in Colombia, Mesa has travelled the world, studying in both New York and Paris. She returned to Colombia to produce the film in homage to her great aunt, herself a woman of Jericó. 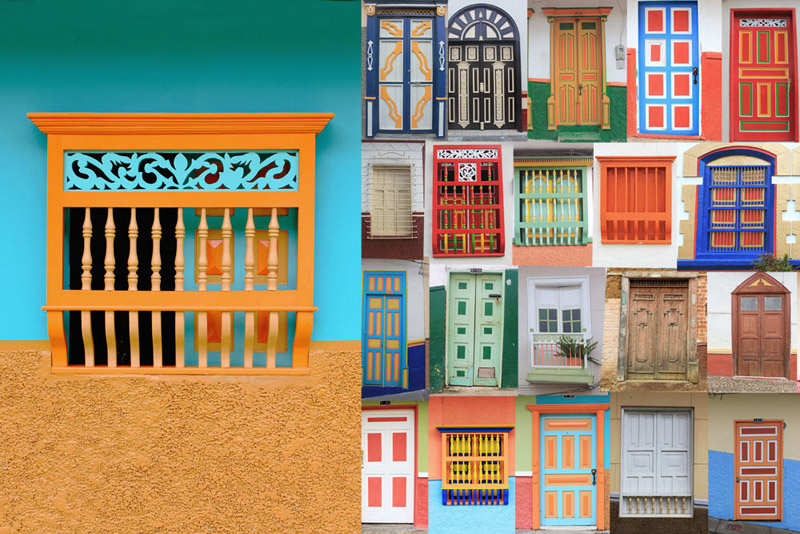 The colourful windows and doors of Jericó

In a style that bears the influences of French cinema, the audience drifts without narrative through the conversations and stories of the women as well as the region’s colourful scenery. The music, often selected by the women or played by the leading pianist Teresita Gómez, beautifully captures the protagonists’ identities and lends to moments of reflection. The camera work is thoughtful and intimate, focusing on the everyday – for example the application of makeup and preparation of coffee.

However, whilst these aspects are laudable, it is the women of Jericó that bring the film to life. Filmed either in conversation or speaking directly to the camera, their stories provoke laughter, tears and offer timeless wisdom. The topics meander from everyday banalities to deeper issues of suffering and love, each treated with an excellent sense of humour and cackling laughter. Doña Chila, a larger than life character, has endured the loss of children and her husband, but still rejoices in the pleasure of a tanguito, playing cards and a good old dirty joke.

Indeed, all the women have suffered but remain uncompromisingly in love with life, holding on to what they value, whether that be family, religion or simply a tinto.

Through her film, Mesa captures the ageless spirit of these women, that not only reveals the history of Colombia but delves into more universal themes of life, happiness and suffering.

Mesa completely avoids the topic of gender, and there is no mention of the machismo often associated with Colombian culture. Rather than a critique, the film is a celebration of women that poetically invites the viewer to explore the feminine energy within themselves. You can’t help but fall in love with the women of Jericó and their attitude to life.