Isaac: Where did your interest for cartoons come from?

I have always had a deep connection with comics, particularly manga. Ever since I was a child, I’ve watched lots of manga, but I could never get to grips with it; trying to mimic that anime style started to frustrate me as I never seemed to like how it ended up. So I decided to make my own cartoons with everything that I liked about comics and manga, and it started to feel more natural.

Isaac: What do they mean for you?

Comics are very important for me as they help to synthesise information, allowing me to express myself in another language which suits me a bit better. I like to design comics that don’t have much dialogue as I feel they can be more universal. A lot of the time they do include some text but I try mostly to design illustrations without any speech, in that way they can be understood by anyone. 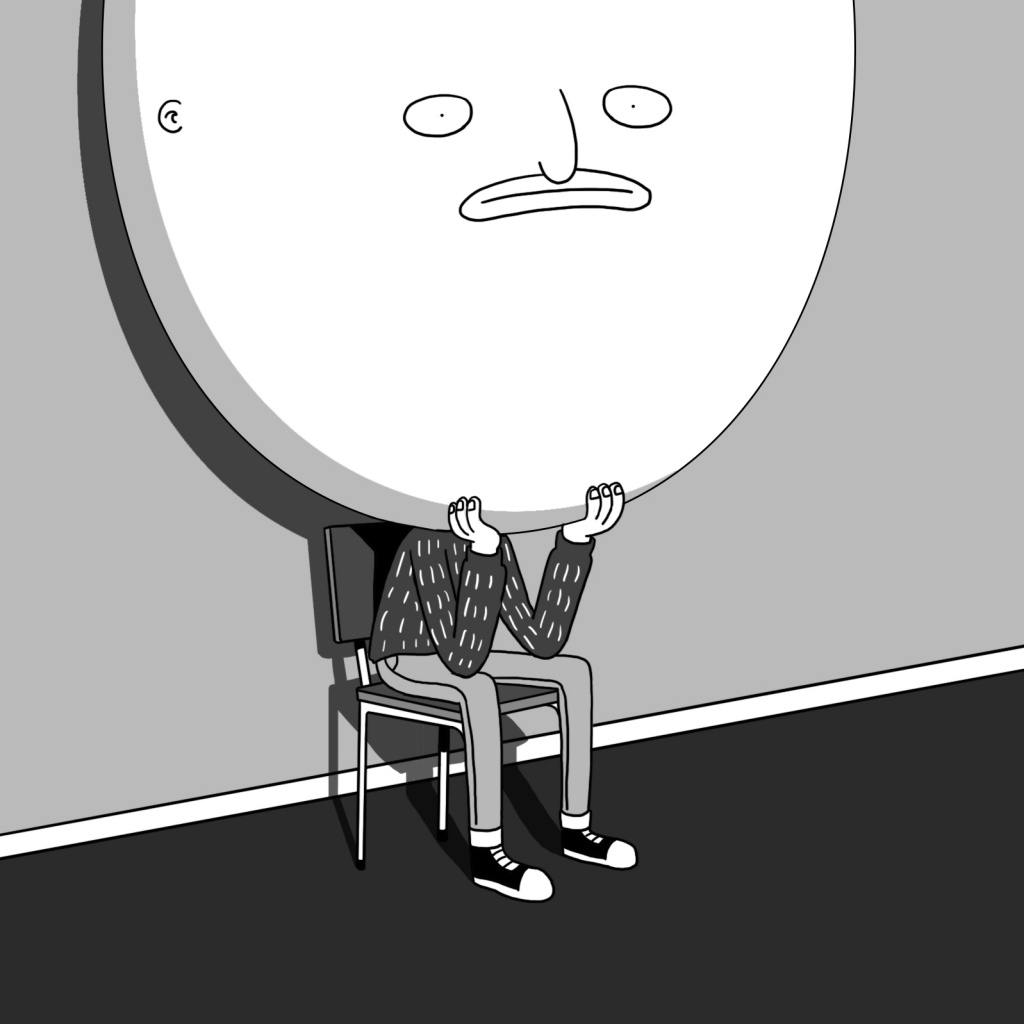 Isaac: Where did your nickname come from?

I came up with my nickname back when I was sporting what could only be called a rockabilly hairstyle! At the time, the hairstyle was really popular but I thought it looked like a loaf of bread. So, I just thought I was the boy that had hair that looked like a loaf of bread and that’s how the nickname came about. At some point I decide to shave my hair off and lost the style so that is the whole story.

Isaac: What inspires you most to illustrate?

A lot of the time it is my mood which inspires me most, and also how I perceive certain situations which I then use to put into a story. Most of the time I am telling my own story, how I feel. At other times, I am relaying the feelings of other people which I have learnt about after chatting with them. This sort of helps me to form my stories. 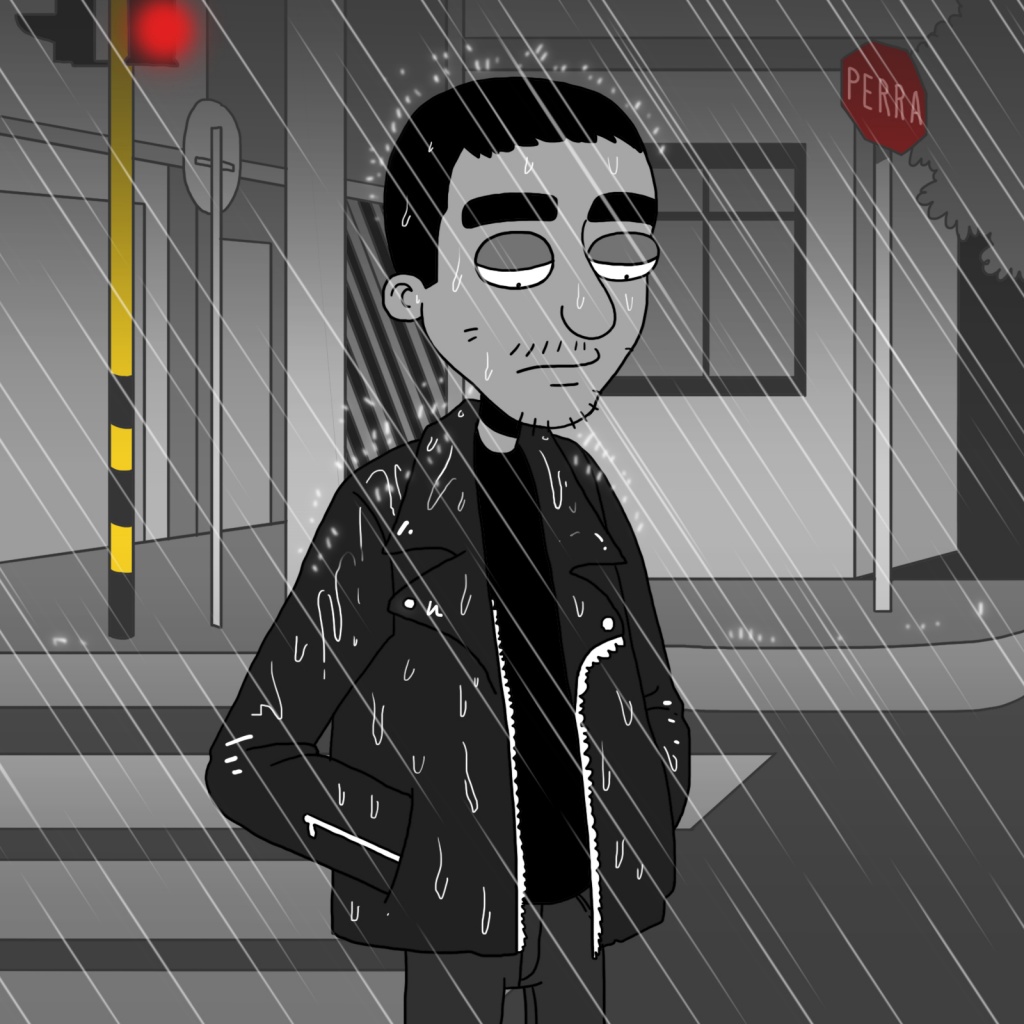 Isaac: One of your illustrations of the boy stood in the rain stuck with me. The caption “we are desolate days” is particularly sad. With this in mind, is your art a response to the current reality of Colombia?

I asked a friend what it would be like to be a rainy day, how would it be manifested, what would it feel like? He wrote about this sensation for me. I wanted to draw it on that day and explain that we are always going through days where there is no sun, with lots of rain. I feel that it does reflect a view of Colombia but rather than being a general picture, it is much more personal. I try to make everything quite personal as I think that in some way it is how we can tell things a lot of the time. We often have the larger picture but it is nice to be able to talk about our own stories, so it does reflect the reality as I am part of this country, I represent a specific person here. I am always talking about the most intimate parts of myself, of my Colombian experiences. I focus mostly on Bogotá, the city where I live.

Isaac:How do you think your work has been viewed with the current situation of the country?

Most of the themes I deal with are not commonly felt, nor do they necessarily express the situation in the country.  Occasionally it happens, but I wouldn’t consider myself as someone who aims to show the current reality of the country, I view it from more of a personal perspective. I have dealt with a lot of really horrible things that do form part of the reality of living in Colombia and I hate them, thinking about the repression which we face daily and which affects everyone, whilst also reflecting on the type of government we have, but I try to leave this out of my illustrations. It is not very natural for me to talk about these things, I don’t feel that I am the right voice.

Isaac: We are in a very complicated world where young people have lots of problems and growing up can sometimes be quite difficult, do you think it will improve in the future or it will get worse?

I think so, it’s not only young people as such but rather our way of life within a capitalist system. There is no other way than continuing to evolve, consuming loads and destroying our planet. I think that’s the only philosophy of this system, and unfortunately, my country is very much part of this way of life. I hope everyone can do something, even if it is very small. 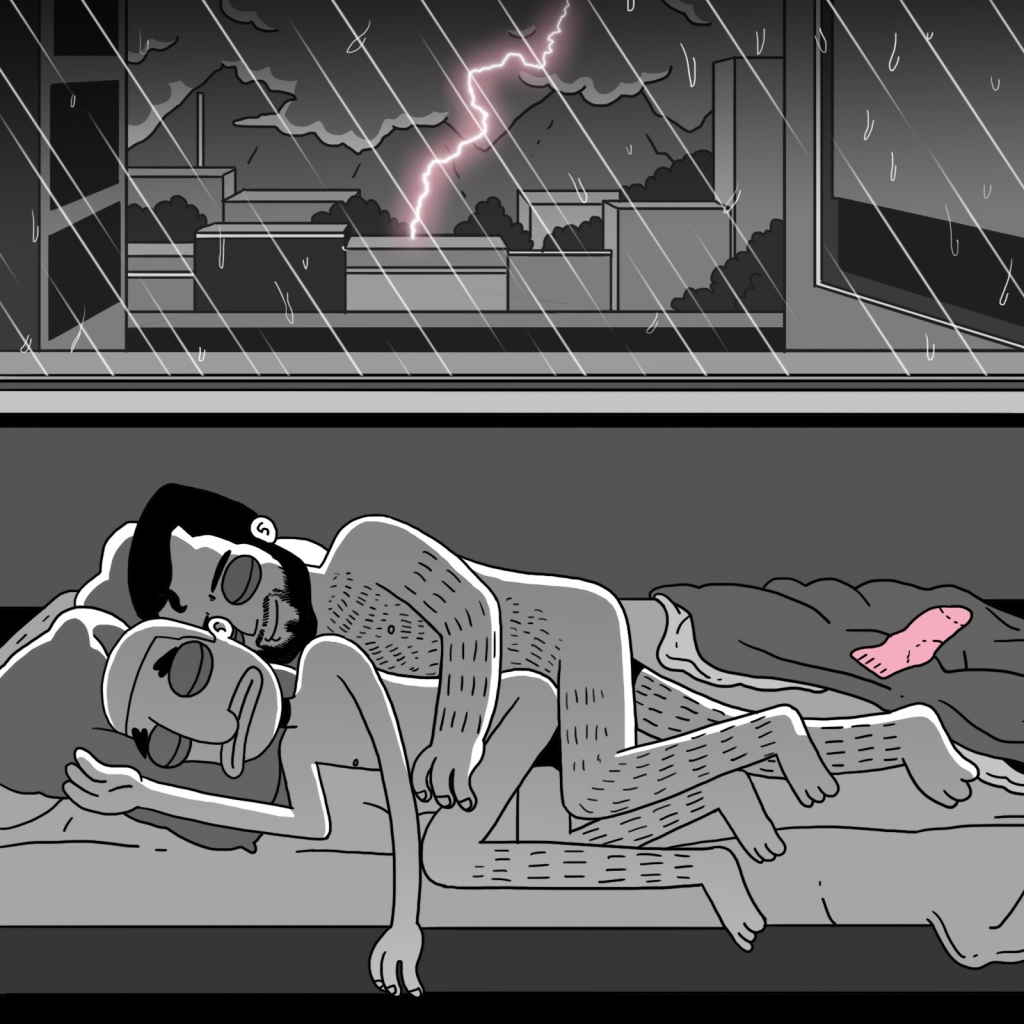 I have had problems uploading sexual content but I also understand why as Instagram is a platform that can be used by anyone. In terms of the homosexual content, I have received some hate messages but generally from people that don’t really understand at all. I am not going to go out and argue about my sexuality or about what is right. I view being gay as something natural in people, I can’t be trying to make people understand that, if they don’t understand it then it’s not my problem, I will carry on making the same kind of content because it is what feels right for me.

Isaac: To finish, what is the purpose of your work?

I feel it is to communicate my feelings, to convey the message that I want in the moment in which I find myself, about my state of mind. I would like to motivate other people to illustrate more. I find the act of drawing really fun and it has helped me so much in many aspects of my life.