Written by BristoLatino
Posted on December 12, 2015

Emma Toogood asks what is with Hollywood’s sudden obsession with narco-drama, and the implications for us as western viewers.

Cartel Land, which hit cinema screens in September, is the latest release in a string of narco-tv series and films that have stolen the media spotlight this year. Matthew Heineman’s documentary looks at two vigilante groups either side of the Mexican-U.S. border who are both, in their own ways, trying to fight the reign of terror that drug cartels are imposing on the region. In a sentence, you should go and watch it because it is an astounding film. You needn’t just take my word for it; Cartel Land has been critically acclaimed, winning awards for directing and cinematography. It even nabbed a Best Documentary nomination at the Sundance Film Festival, and won the Special Jury Prize for Cinematography.

Heineman’s documentary acts as a voice for the vigilante groups, but this platform only serves to demonstrate their blindness. The understanding of good and evil by the two group leaders is dogmatic to the extreme. The ‘good’ autodefensas end up committing many similar crimes to the cartels, from whom they’ve usurped power. The film does not hesitate to show footage of the brutality with which the autodefensas treat their suspects, leaving the viewer wondering who are the ‘good’ and ‘bad’ guys. In fact, it really just depends on where you’re sitting: be it as a cartel member, a vigilante or in your cinema seat. 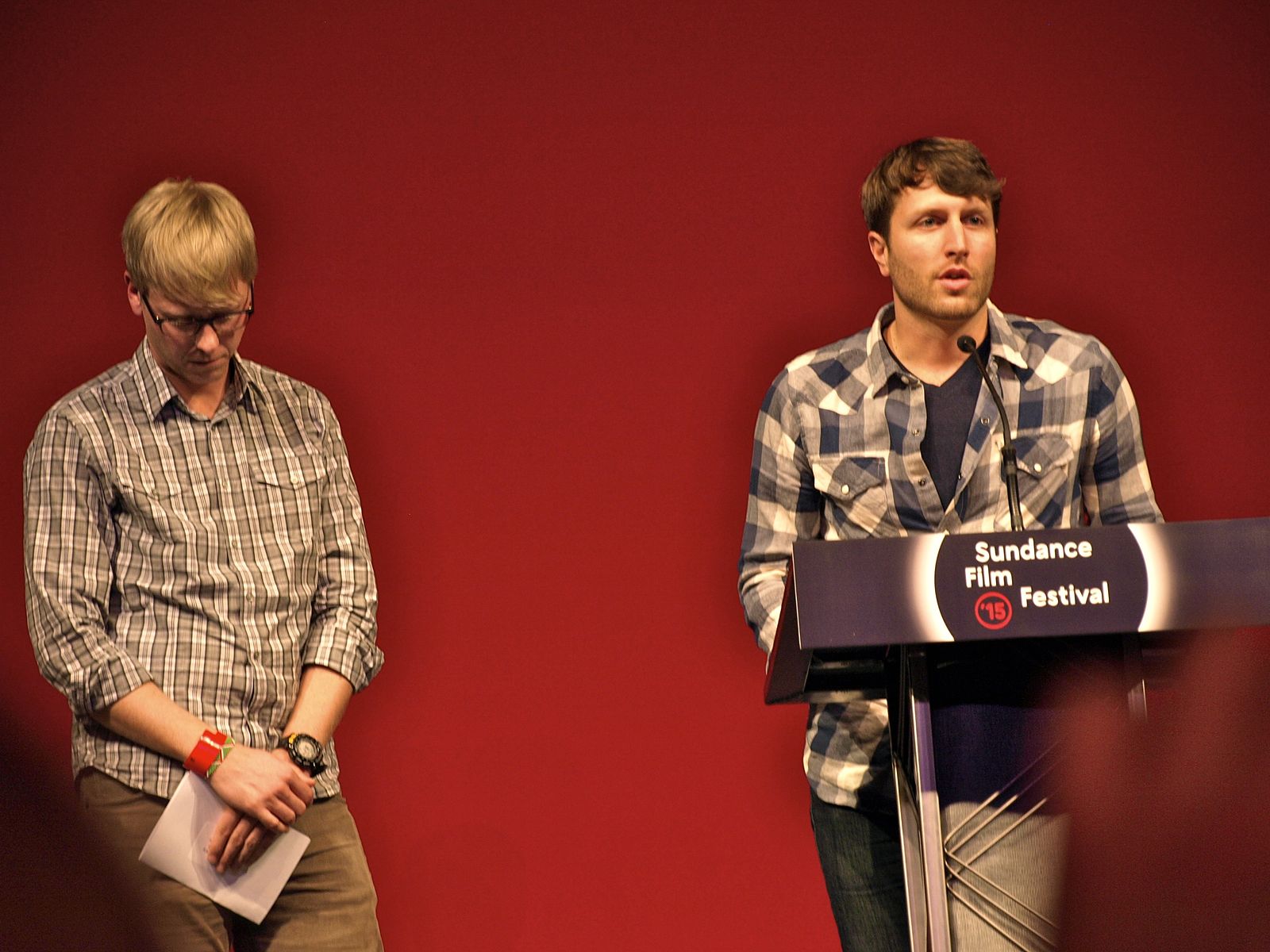 Heineman has been criticised for being too intimate with the issue of Mexico’s drug war, placing the geopolitics of the conflict far in the background of the film. However, I think this is the real achievement of  Cartel Land. In neglecting the bigger picture, the director humanises the vigilantes, the victims and even the cartel members. In the film’s most powerful moment, the crew interview a Mexican meth cook. He says that he is aware of the harm his job causes but that, because of his poverty,  he had no choice. If he could choose he would be “travelling the world and doing a clean job” like you. He talks directly to the cameraman, giving the impression that he is also addressing you, the viewer. Simply put, ‘good’ and ‘bad’ people are just ‘lucky’ and ‘unlucky’, respectively. Whilst crime statistics and TV series such as Narcos have dehumanised – and in the latter case, glorified – such problems, Cartel Land commendably achieves the inverse.

Cartel Land is insightful and definitely worth the watch, but why has it all of a sudden become fashionable to make films about Mexico’s War on Drugs (Sicario, Narcos, even Spectre to a certain extent), a war that is still raging? We have to be cautious about the negative implications of such a trend. Even its title Cartel Land implies that Mexico is the land of drugs and violence and nothing more. Narcos does the same to Colombia. Colombia and its history are infinitely more complicated than Pablo Escobar, but Narcos does a great job of presenting a lop-sided version. Colombia is reduced into 10 neat, bite-sized episodes that in reality barely scratch the surface.

For example, did you know that Colombia is one of the most bio-diverse countries in the world? It has more species of birds than North America and Europe combined. You can be excused for not knowing however, because it seems that the only picture that Hollywood or western media is willing to paint of the country is one of drugs and violence. 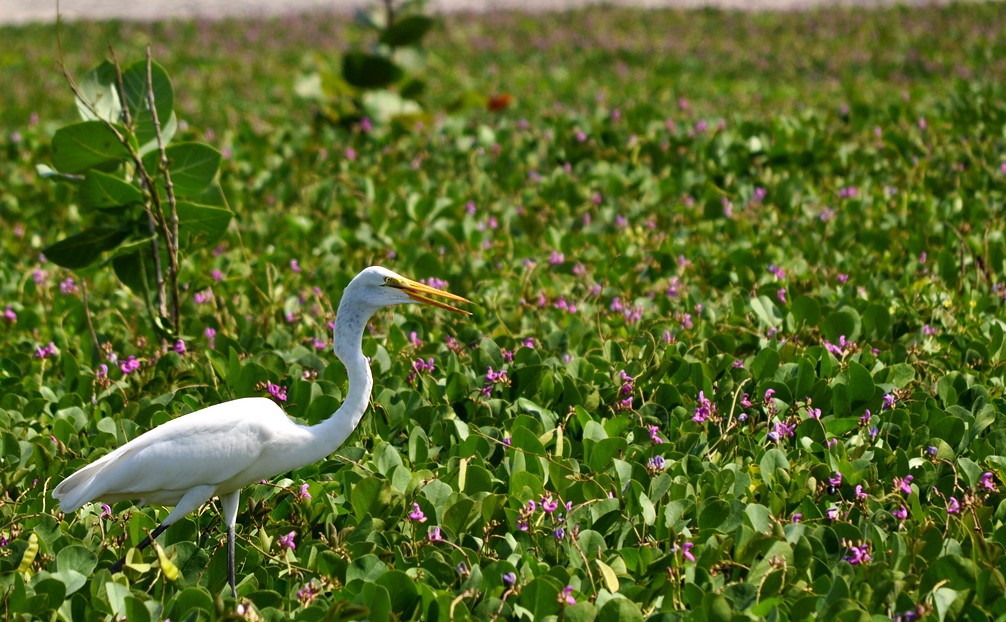 A heron in Parque Tayrona, Colombia. Jorge Ortega CC BY 2.0

You could perhaps rationally defend this by saying that it is because nature doesn’t sell or entertain in the same way that violence and drugs do. However, the recent popularity of BBC drama The Hunt would beg to differ. There have been commendable efforts to diversify the stereotypical portrait of Latin America, for example with the BBC’s Caribbean with Simon Reeve. Not something to watch on a rainy afternoon in the library, but it shows the amazing natural beauty of the region and has you looking up one-way flights to Jamaica. But even Reeves falls into the narco-drama trend when he gets to Colombia, noticeably changing his tune. He travels to Santa Marta which is known as a traveller’s paradise to all who’ve been. Reeves instead presents it as a drug-smuggling port. There is no mention of the beautiful national park of Tayrona or the breath-taking Guajira desert that are just up the road.

Whilst it is important that crime in Latin America is adequately reported on, I take issue with the emphasis that western media places upon it, and the sick fascination we as viewers have with it. It comes down to a chicken and egg scenario: are these programmes made because we want to watch them, or do we watch them because they are made? Either way, they distort and even blind our perspective of the whole region.

Here I have to confess that I have watched Narcos, was captivated by it, and even recommended it to anyone who was yet to watch it. It is as addictive as the drugs that it features. But, similar to drug use, it raises some serious moral dilemmas. For example: we, as western consumers of narcotics have created a demand for a product that has resulted in nearly 40 years of violence and unrest in Latin American nations. But the real cherry on top of the cake is that we now refuse to let these countries with internal conflicts reclaim their history and reputation by glorifying, often through Hollywood, a war that we helped to create.

We consume and create demand for these shows in a similar fashion to how we consume and create demand for drugs: without any real thought for the potentially harmful consequences. Jorge Cañizares-Esguerra, in his scathing critique of Narcos for Not Even Past, points out the hypocrisy perfectly: “the dead bodies of the war on drugs continue to be largely brown and the incarcerated ones black, while consumers in Palo Alto and Manhattan get to enjoy Netflix’s Narcos”. Narcos might not damage your septum, but that doesn’t mean it isn’t harmful.