The Mexican state of Veracruz is one of the most dangerous places in the world for journalists. According to some statistics, of the 88 journalists killed in Mexico since 2000, 20 of these deaths occurred in Veracruz.  According to the journalism advocacy group Article 19, since Javier Duarte de Ochoa became state governor in 2010, 15 journalists have been slain. Over 20 others have had to flee to protect themselves.

Duarte’s time as state governor has been coloured with controversy.  He famously turned up drunk to a memorial for the heroes of independence, spluttering and swaying his was through interviews. There is much debate regarding his process of election in addition to allegations of money laundering, killings, disappearances and the cartel activity that has been clearly linked to him. However, somewhat more shocking is the number of journalist deaths that are traced to him.

In February 2014, photojournalist Ruben Espinosa shot a cover photograph of Duarte for an issue of Proceso, a liberal investigative news magazine where he worked. It was accompanied by the headline, ‘Veracruz, estado sin ley’ (Veracruz, lawless state). Duarte’s response to the image was “en Veracruz no pasa nada” (Nothing is happening in Veracruz), a cowardly, and clearly fallacious statement. Espinosa was found dead, with two gunshot wounds on 31st July 2015.

The publishing of this photograph revealed the sheer power of an image and the danger of threatening the powers that be in Mexico. On top of the aforementioned slayings, Duarte’s administration has jailed two bloggers and threatened to jail a photographer for exposing self-defence groups operating in the state.

Photography has the potential to brazenly uncover truths. For this reason, photos threaten those who have something to hide, something to be ashamed of- something that needs protecting from the public eye.  Photography is not a crime, but it can uncover crimes, presenting them quickly and clearly.

Espinosa, after being tied up and tortured, was found dead in an apartment in Mexico City alongside four other women, the 32-year-old social activist, Nadia Vera, two of her roommates and the housekeeper. Espinosa had fled Veracruz in June after being threatened and had told friends he thought he was being followed in Mexico City.

Late last year, Nadia Vera posted a video openly naming Duarte as culpable for the deaths of journalists Regina Martínez (who also wrote for Proceso) and Gregorio Jiménez. She spoke about the situation in Veracruz, where people are sandwiched between two evils- the state and the cartels – both brutally powerful. In the video she pleaded: “how many deceased does it take for there to be enough shame, enough regret, enough care, to change the situation in Mexico?”. She also prophetically warned that if anything happened to her, it would be the fault of the governor.

Espinosa worked as photographer for Duarte whilst he was running for governor, but he decided to give up working for the State on account of the assassinations and disappearances of journalists; from this moment on his work shifted towards social justice. In his work with Proceso and Cuartoscuro, he focussed on photographing social movements, actively participating in protests and marches for his lost contemporaries. He also documented the violence towards eight students by hooded aggressors supposedly from the Secretariat of Public Security. Espinosa regularly covered the protests of the anti-corruption  movement #YoSoy132 in Xalapa, of which Vera was also an active member. Vera was a social anthropologist, a political activist and a defender of human rights in Mexico. She was also a member of the Student assembly of Xalapa. 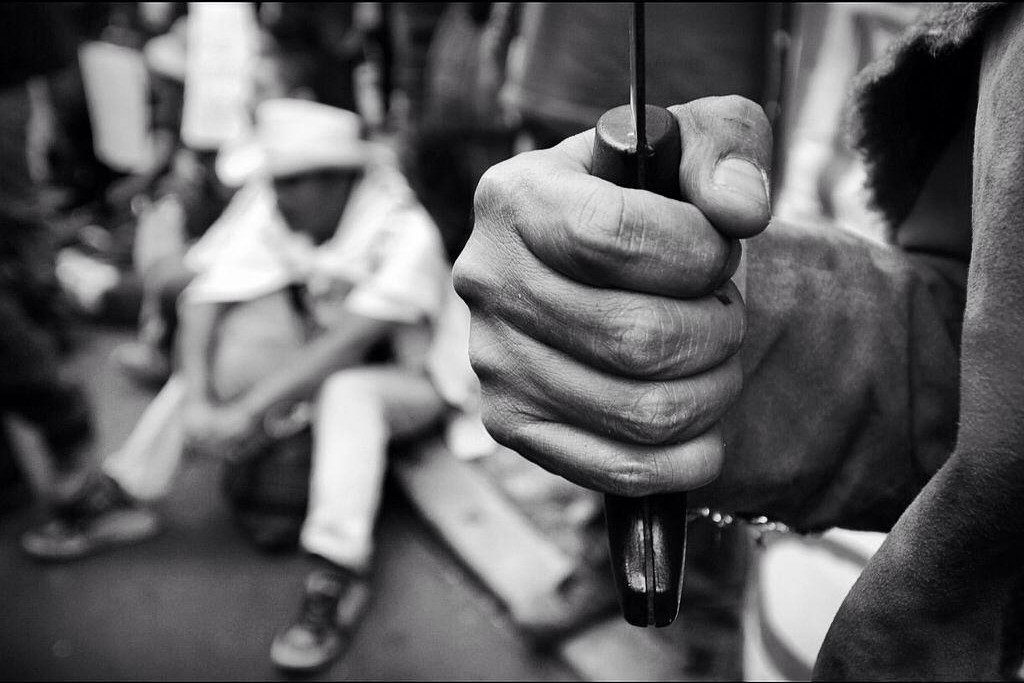 A set of photo taken by Espinosa at a march against the controversial construction of the Naucalpan-Toluca highway. Mexico City, August 2013. 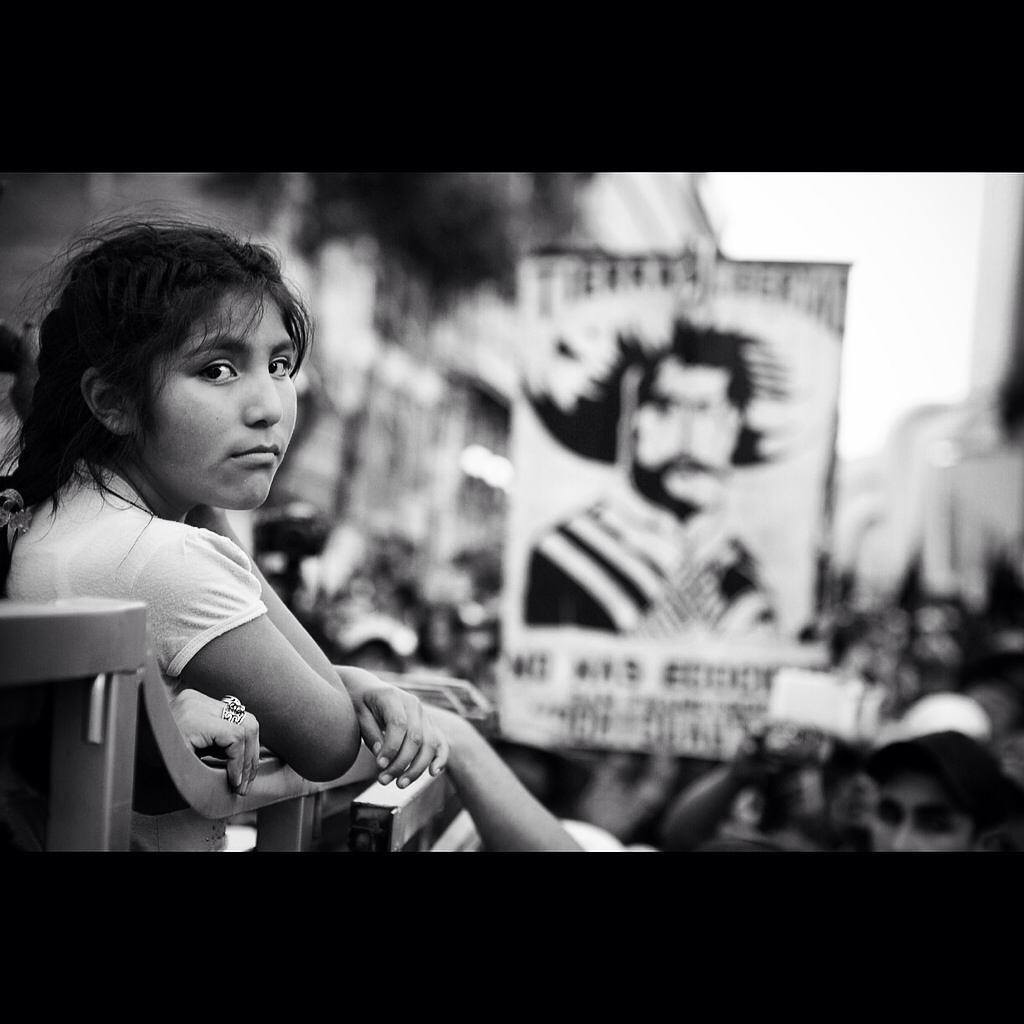 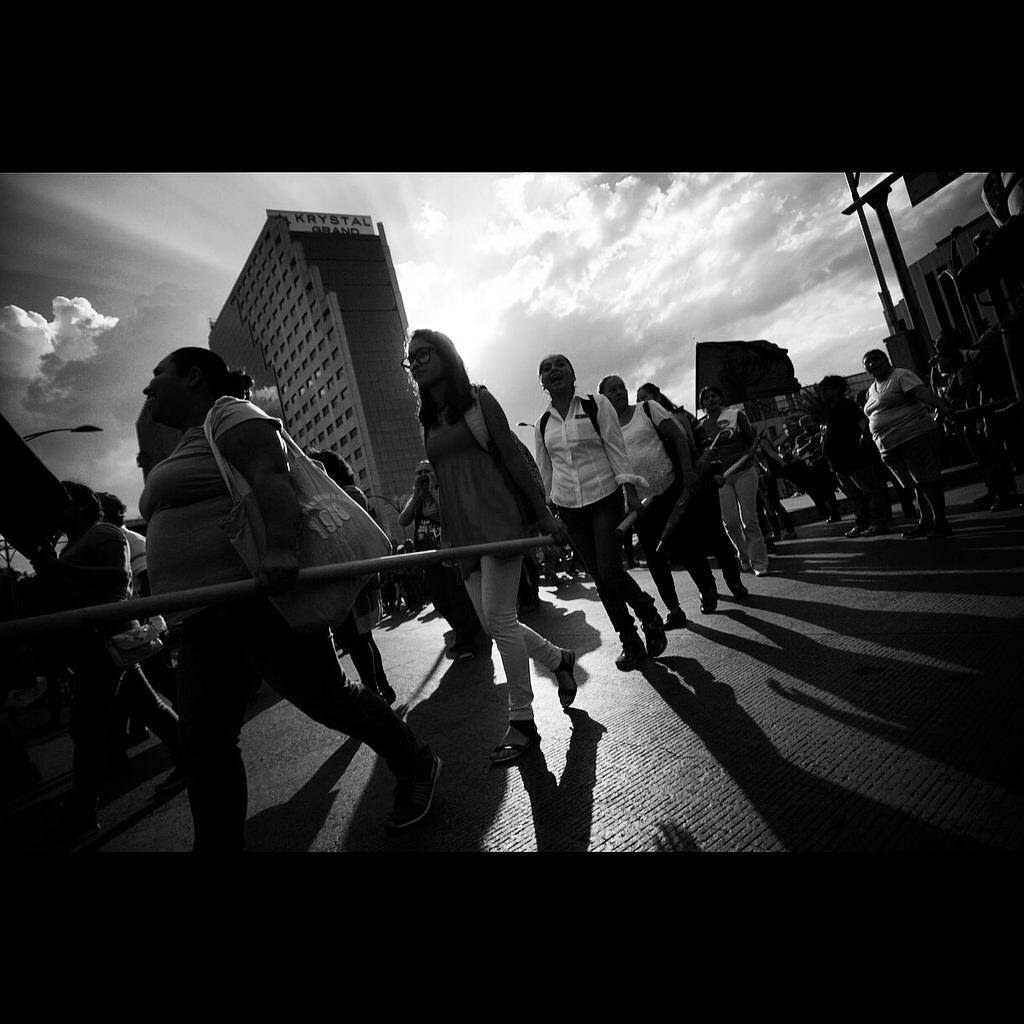 When people hear of murders in the UK, the State is rarely a likely suspect. In Mexico, however, it is another story. The friends of Espinosa and Vera commented that the State was without doubt to blame, “as was the case in Ayotzinapa, as it was in Tlatlaya.” Although abhorrent, their deaths were not unforeseen.

Unfortunately, it is difficult to find information about the lives of Vera and Espinosa, perhaps because they were simply normal people fighting for justice using the tools available to them. Whilst their lives remain largely undocumented, their murders sparked widespread protests and catalysed international condemnation of violence against journalists in Mexico. At the very least, the corruption and human rights abuses Espinosa and Vera sought to expose during their lives have been amplified to a global audience.