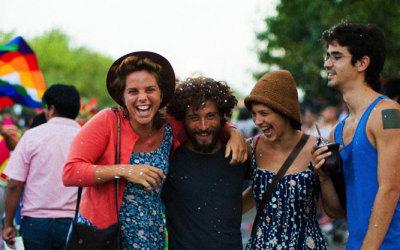 BristoLatino editor Becca Wilson on the Argentinian group Perotá Chingó and their ongoing musical journey. In 2011, Julia Ortiz and Dolores Aguirre decided to travel the Uruguayan coast, hitchhiking with a guitar and their fearless voices. Friends for 20 years, Juli and Lola both come from the porteño northern coast of Rio de la Plata. Perotá Chingó began […]