Written by BristoLatino
Posted on December 13, 2017

Edie Essex Barrett met up with Natalia Lyes, the founder of Bristol’s Pasitos Spanish for your Children.

Pasitos (Little Steps) Spanish school began in 2013 and runs every Saturday in Horfield Primary School from 10.30am to 1.30pm. The classes are for children aged 3 to 11 but parents are welcome to stay and watch. ‘Parents are given a record of their child’s progress throughout the years with continuous checklists and reports. And for the pupils, certificates are awarded on completion of each programme and plenty of encouragement is offered’, Natalia explained to me as she welcomed me warmly into her classroom, setting everything up.

First, she ran a class called ‘Canta with mamá’ – ‘Sing with mum’. This involved parents and their young children sitting together and learning songs that would teach them some basic vocabulary, such as body parts and numbers. Natalia told me that this class is designed to “integrate Spanish into the home at a young age”, as the songs are catchy enough for parents and toddlers to practice throughout the week. Natalia also speaks some Spanish with the parents, one of whom told me this was her second week of attending classes at Pasitos. She decided to join because “Spanish is the only language I speak!”, so, she wanted her son to learn it too.

The next two classes I sat in on were for slightly older children. Nonetheless, they were incredibly excited to see Natalia, and the classes opened with some basic introductory phrases such as “¿cómo estás?” and “muy bien”, all taught  through singing. After the songs, they chatted about ways to describe emotions such as how to say ‘estoy enfadado’, ‘I’m annoyed’. The class progressed to learning vocabulary related to winter and the children did some spot the difference worksheets which also allowed them to practice their counting. 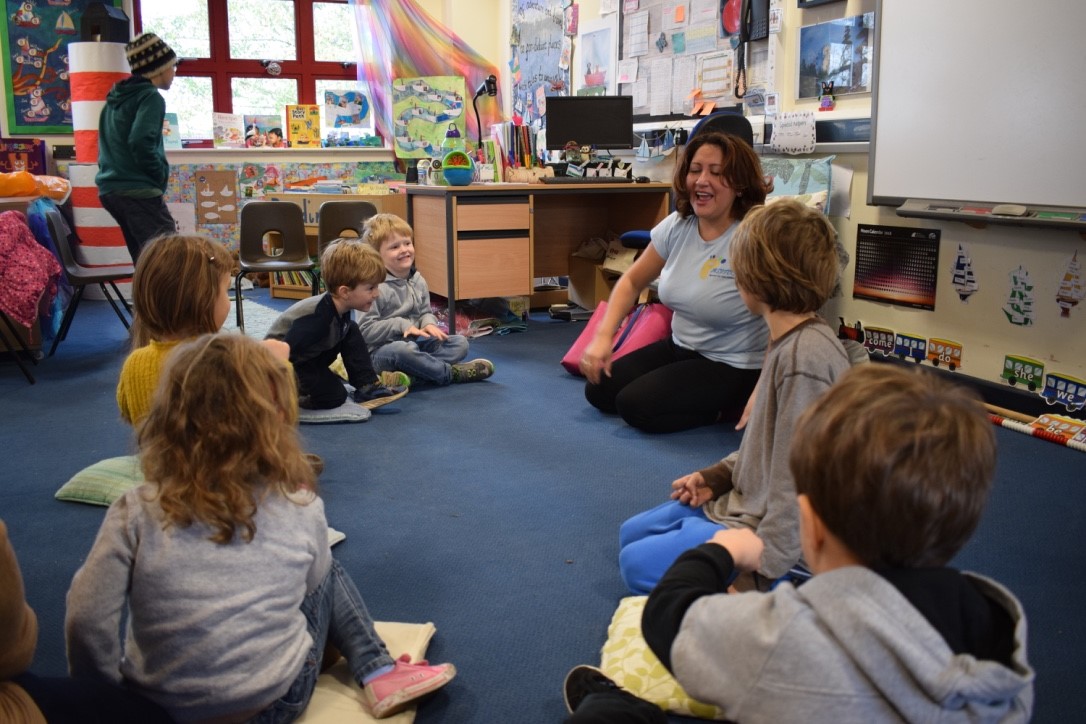 Natalia created a very lively, friendly atmosphere that both the children and parents clearly enjoyed. One of the parents told me that although she’s from Mexico, her children don’t like to speak Spanish at home. After taking them to Pasitos, they have a lot more confidence, and really enjoy the classes.

Another parent told me that she decided to send her daughter to Pasitos because she has a Spanish partner and her daughter was born in Spain. She thought Pasitos would be a great way for her daughter to meet other children learning Spanish and would improve her oral confidence in a fun way.

Natalia really makes the most of the half-hour-long-classes, packing in a number of different activities, songs and review sessions in an engaging, funny and clear way. Her passion for teaching really shines through. 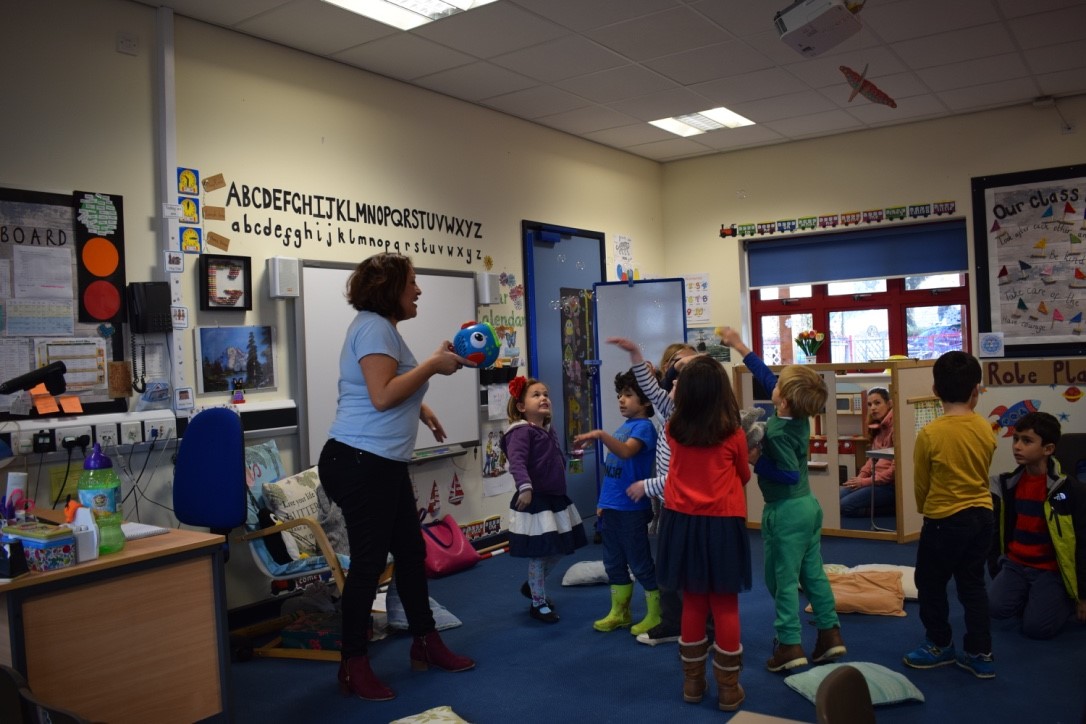 After the classes, Natalia told me a bit about how Pasitos came about. Natalia wanted her own children to start learning Spanish, but realised there weren’t many places to do this in Bristol. Previously, Natalia, who is from Ecuador, was a journalist from the BBC. She then decided to train as a Spanish teacher and “[Pasitos] began 4 years ago in my house”.

Once trained, she began doing some lessons here and there, but realised that it could become “not only a business, but something for the community”. She began to run an after-school club and “received great support” for it, which eventually allowed her to progress to teaching classes in both Horfield and Colston Primary Schools during the week for around 100 children, whilst continuing to run Pasitos classes on Saturdays.

Many of her students have been with her for over 3 years. One of them, Max, 10, told me that his Spanish lessons are “really interesting” and he enjoys learning Spanish because it is ‘“spoken all around the world so it is really useful”.

Natalia told me that what she enjoys most is “the children’s honesty”. She stresses that it is great to learn a second language from a young age because being bilingual not only “helps part of the brain,” giving you “extra skills forever”, but also provides “a window to a new culture”.

To find out more about Pasitos, check out Natalia’s website. 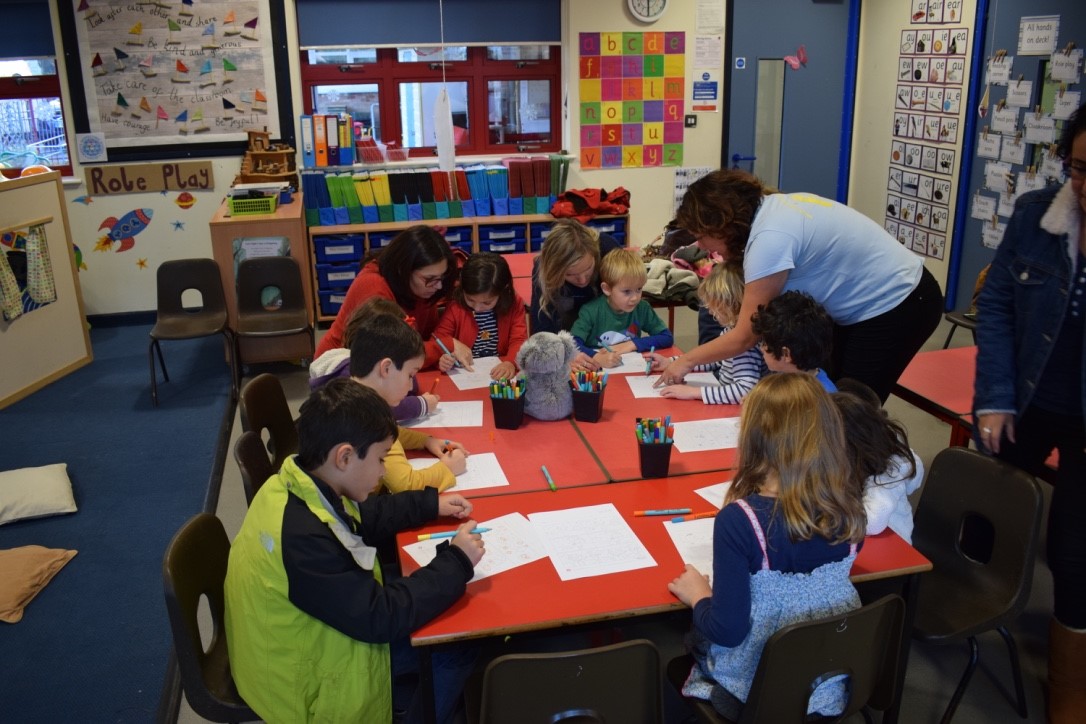 All photos by Edie Essex Barret