They have just launched their 9-track album, ‘Elemental’: an assemblage of trip-hop, electronica and drum & bass, with Delfina’s ever-strong and distinctive Argentine vocals soaring over each track. The beat is often energetic, the vocals catchy and powerful, and the atmospheric synths take the melodies further.

The constant vocal and electronic rhythms retain the group’s Latin feel, fortified by Delfina’s clear Argentinian accent. Her tone is strong and fearless but she manages to retain a softness, in her whispering s’s and in the ability to oscillate between force and clarity in words, and mesmeric lyricless phrases.

Tracks such as ‘Invisible’ incorporate drum & bass beats, whereas ‘Volare’ could be likened to the haunting trip-hop of London Grammar. ‘Verdad’ is a particularly climactic track, check out the band’s visual performance recorded with a Duck Sessions, available below.

This, this, this is my truth

The air we breathe clears the mind, dance mindfully, protect what is real 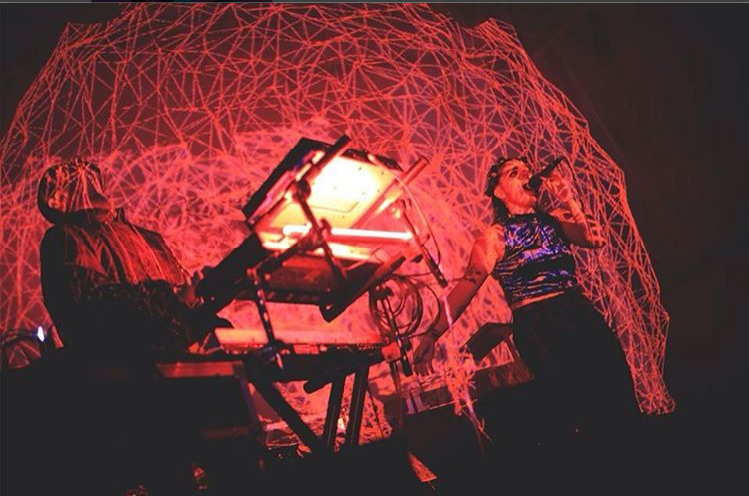 In each step, I hold my own

looking above and always searching below

It emanates from my mouth, from my skin, from my soul, from my being

The band have a clear intent to make music that people can connect to, mentally and physically. This is something that is lacking in the Bristol scene. It may be where trip hop began, where Jamaican roots reggae and dub flower through the concrete as dubstep, garage and jungle, but in the University bubble we’ve forgotten how to feel music by listening to what it’s saying, instead we listen to what people are saying about the music. If it’s cool, we’ll go, but it won’t be any fun unless we’re fucked up. Rather than just whacking on the pill-popping drum & bass you know and love, the garage you’ve heard a hundred times over, ZYDERAL manage to radiate a compelling electronic and visual performance without compromising  an alertness of being, which gives them such a clear, luminous and pumping sound. Let’s bring them to Bristol!