Music editor Rebecca Wilson takes us through ‘House of Love’, track by ÌFÉ (Otura Mun), who shares his stage name with the ancient Yoruban city of South-Western Nigeria. The word signifies both love and expansion.

He is an African-American drummer, singer and producer who has been based in Puerto Rico for almost 2 decades. His songwriting and producing brings together his knowledge and talent in a range of different sounds, including Afro-Cuban Yoruba, his religion, and Rumba drumming, which he studied and practiced intensively for years, a genre inside which he feels he can defend himself. 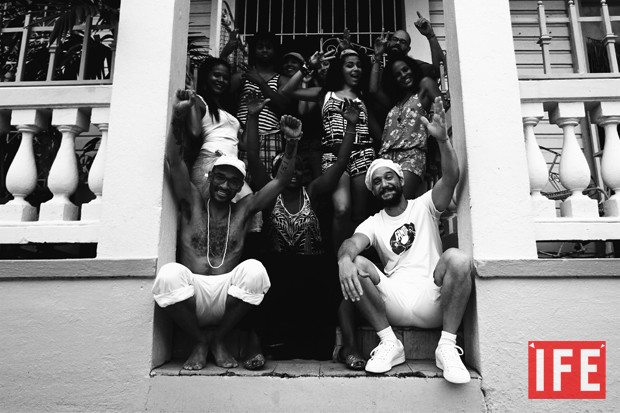 I personally cannot get enough of ÌFÉ’s devotional ‘House of Love’. The lyrics are simple and ghostly on the surface but could subjectively contain much more to any listener.

The Yoruba interludes and Prayer to Eggun give it a mystic, supernatural feel which leads us down curious paths questioning love and death.

Although you may see the roots of his lyrics growing from the loss of his brother, you don’t have to follow his journey, as he states in an interview with Vocalo Music. The sentiments can be felt by different people in different ways, “and the answers are in the music”, he alludes. Rather than a linear story, the lyrics are fragments.

Almost every word could be written with a capital letter, an idea within itself. Yet contained in the smooth flow of the song, they are modest offerings and can be digested and repeated eternally. You simply want to play it over, and over, and over.

Bearing in mind this track came out in January, and we’re still not sick of it, it calls for a discussion of Nicola Cruz’s Andean remix of this intimate Afro-PuertoRican sound.

A mixture of Andean instruments are used in the mix. The traditional mountainous sound of the charango can be heard plucking throughout the track, alongside pan-flutes and synths. The beat, although retaining the smooth flow of the original, gives the track a more ritualistic feel which drives it forward with a force softened by the vocals and bass.

The rhythm of the vocals is sped up, with more repetitions and layers, exaggerating the human connection with the natural and supernatural. Synths resemble birds as the flutes ring through the percussion like sounds of a river.

Listen to the remix on our BristoLatino playlist here