‘Prisoners of their own organisation’

In Colombia, armed conflict with the FARC has claimed 220,000 lives and displaced 5,700,000 people. The FARC have financed the war through kidnappings, forced ‘taxes’ for those living within their territories, and the drugs trade. However, FARC territories are clustered in rural areas that have been historically neglected by the national government, allowing members to often act as authorities, teaching children how to read and write, and working with farmers. Being a FARC guerrilla involves living in campsites in Colombia’s campo and committing to a life outside of the law. Many guerrillas join, or are forced to join, the FARC as teenagers and know little of life outside the organisation. As Sokoloff found when he started interviewing demobilised FARC members, “the guerrilla are as much prisoners of their own organisation as the prisoners they hold hostage.”

Sokoloff and his team started their advertising initiative by interviewing demobilised guerillas, and learning of their frustrations and motivations for leaving the FARC. After speaking to around 60 ex-guerillas, they broadcasted the stories on TV and radio channels in the hope that guerrillas in the jungle would hear them. This initiative provoked 231 demobilisations, but Sokoloff found that this technique was only effective in demobilising lower level FARC members, and was unconvincing to FARC commanders.

The human, not the soldier

For the entire duration of the conflict, around Christmas time, demobilisation has always increased. This realisation urged Sokoloff to communicate with the humanity of the FARC members, instead of concentrating solely on their identity as soldiers. In 2010, Sokoloff launched Operación Navidad: an initiative that decorated 9, 75-foot trees found near guerrilla strongholds in rural areas with 2000 Christmas lights, and put up banners with the message:

“If Christmas can come to the jungle, you can come home. Anything is possible at Christmas time. Demobilise.”

The following Christmas, Sokoloff and his team decided to revise their strategy, targeting the FARC’s main method of transportation: jungle rivers. The follow-up Christmas campaign ‘Rivers of Light’ was launched, which organised for floating boats full of encouraging demobilisation messages and gifts to be sent down the rivers for members of the FARC to collect. This sentimental scheme spurred 588 demobilisations, at a rate of one every six hours. 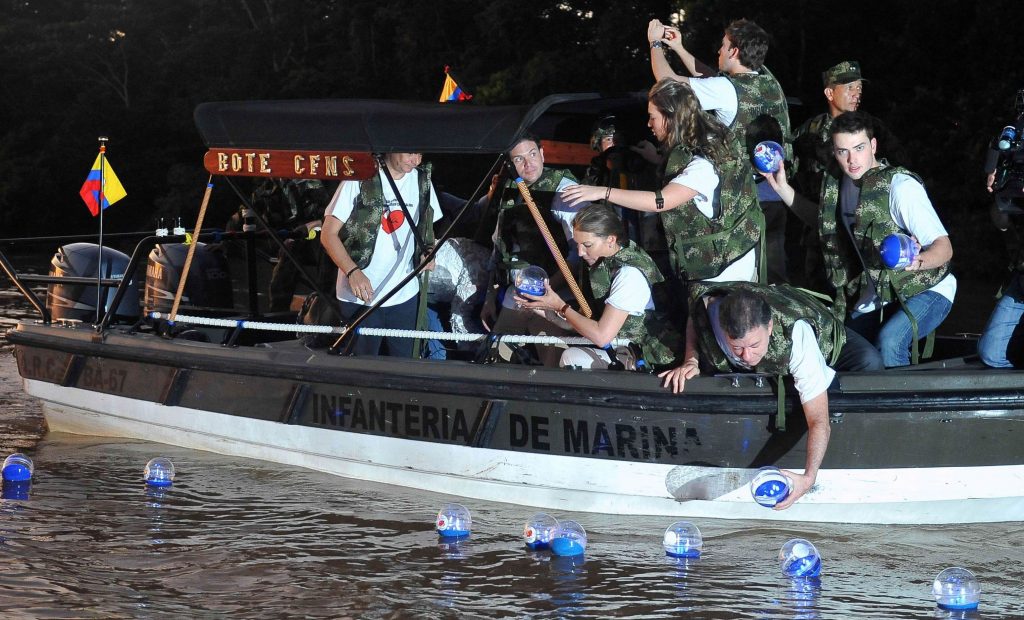 More recently, the campaign has evolved alongside peace talks. After the peace process started, fears of FARC soldiers shifted from concerns about being met with violence if they demobilised, to fears of not being re accepted into society. In 2013, Solokoff launched another Christmas campaign that collected baby pictures of FARC members from 27 mothers who had agreed to share photos of their children that only they could identify, so as not to put their lives in danger. These were then broadcast as adverts with the slogan:

“Before you were a guerrilla, you were my child” 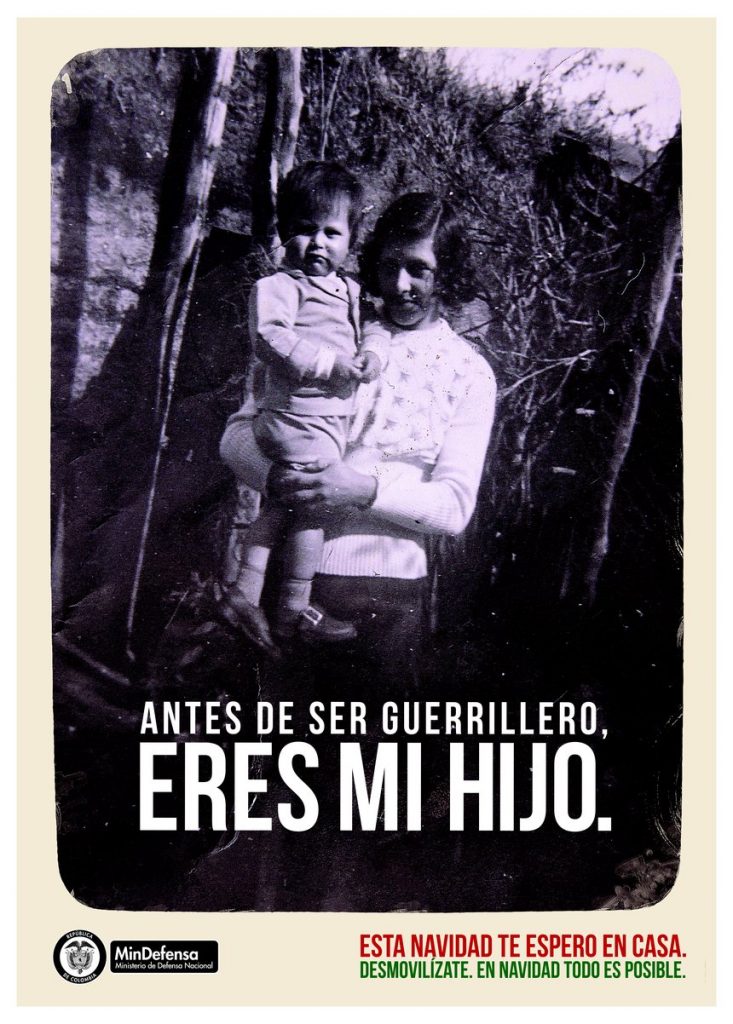 Focusing on the humanity of the FARC soldiers is essential in a conflict spanning so many years. Military service has perpetuated generations of men who have been trained to dehumanise the FARC in order to be prepared to kill them. FARC soldiers are similarly indoctrinated. In order to obtain peace, both factions of society will have to be prepared to accept each other, and one means of achieving this acceptance is to emphasise their shared human values. By the end of Sokoloff’s entire campaign, 17,000 guerillas had demobilized (October 2014).