Every week we will be sharing one of the pieces from our first ever print magazine which discusses all things Latin America! We hope you become inspired to read and learn more about this fascinating region of the world. Here is the third article from Mexican writer Ricardo Marín about the Argentine indie band Entre Ríos.

It’s incredibly easy for us to forget that bubbly, catchy pop music can also be profoundly melancholic. Latin America has its fair share of crooners, old sad boys and hopelessly romantic singer-songwriters, but when it comes to more cheerful-sounding mainstream radio tracks, there’s not much room for nuance or emotion. It’s either pink clouds and rainbows or emotional obliteration. This isn’t necessarily a bad thing—sometimes the late José José’s hits are nothing short of perfect for a night of mournful heavy drinking, and César Costa’s whimsical rock songs continue to swoon lovers to the stratosphere.

That’s why Entre Ríos’ influence, not only in their native Argentina but in the Latin American independent music scene in general, cannot be overstated. The band took their name, which translates as “between rivers,” from the province of their native country. Ever since their formation in Buenos Aires, they have been a phenomenon: an innovative pop act perfectly melding bittersweet and childishly surreal lyrics with a finely tuned all-encompassing electronic production, creating an atmosphere that oscillates from the blissfully joyful to the astoundingly devastating. There continues to be no other group quite like Entre Ríos, and this magical trio have paved the way for indie electronic music and other electronic artists to emerge in the Latin American context. 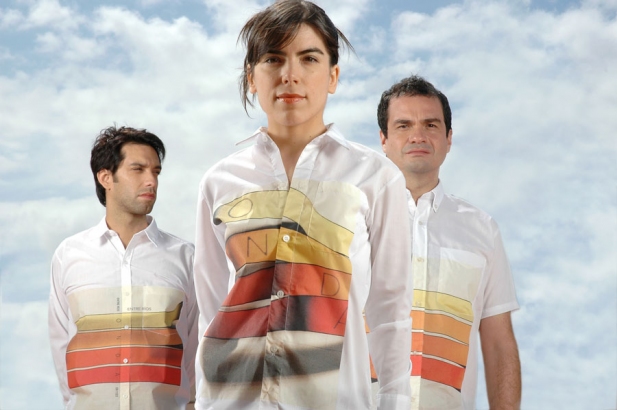 It is only in retrospect that we can appreciate what Entre Ríos did for Latin American indie music. Entre Ríos was the giant next step in a musical evolution, and they benefitted from the inspiration of other influential groups of the time. Entre Ríos was formed by Gabriel Lucena, Marisol Misenta (known professionally as Isol) and Sebastián Carreras. Carreras created and continues to run Índice Virgen, an independent label in Argentina, closely associated with artists such as Francisco Bochatón, Astroboy Nunca Pierde, and Spleen, amongst many others. Índice Virgen quickly achieved cult status and started distributing international artists such as the Spanish band Le Mans (thanks to their close association to Spanish record label, Elefant Records) and even the debut album of electropop Chilean idol Javiera Mena.

The first collaboration between Lucena, Isol and Carrerasf with Índice Virgen sowed the seed for the musical movement that ensued. Plot!, a short-lived record label inspired by the legendary British independent record label 4AD, released a single CD compilation during the mid-90s in the hopes of gathering the Buenos Aires “porteño” pop sound of the time. Lucena remembers this as the first record officially created with the trio, even if they were all in different groups. He had his own band called Rayos Catriel, Carreras had just formed Tus Hermosos Perdedores, and Isol sang vocals for her brother Federico Zypce.

Tus Hermosos Perdedores (Your Beautiful Losers) eventually transformed into Tus Hermosos with the inclusion of Lucena, and they first released music through the newly formed Índice Virgen. The undeniable chemistry between the three resulted in new songs by Tus Hermosos, released through compilations by Carreras’ label at the end of the 90s. The first was Dame, a slow, guitar-led ballad with indie electronic influence. The second, Cuando estés, was a cover of Bob Dylan’s Make You Feel My Love in an experimental pop style. These songs would mark the end of Tus Hermosos and the beginning of Entre Ríos. 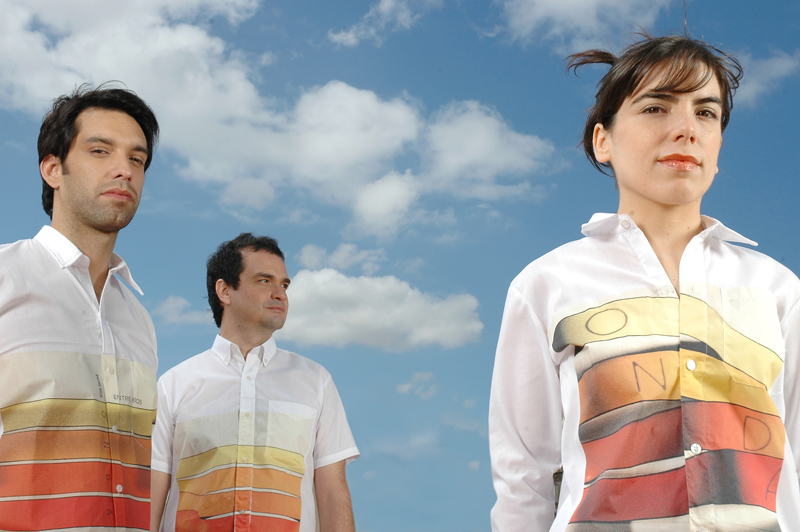 However, these collaborations were not Entre Ríos. While the members were the same, Entre Ríos bears an unequivocally electronic sound, and non-electronic instruments are only used as samples, such as the guitars in Hoy no, which, after featuring in a Quilmes beer commercial, became Entre Ríos’s biggest hit in Argentina. It wasn’t until the turn of the century, exactly in the year 2000, that Entre Ríos released their first EP called Litoral, and the reception to it was massive. Reviews were highly positive, and it was even met with acclaim from the likes of Gustavo Cerati, legendary Argentinian rockstar and former frontman of Soda Stereo, who particularly loved the namesake song, Litoral, a sparse and layered melancholic song about longing and hope.

Entre Ríos were immediately recognisable due to their distinctive sound. Carreras was the main driving force behind the group, bringing a distinguished melody to most of the songs and ambiguously abstract lyrics, which Isol sang delicately, never shying away from her distinct porteño accent. Meanwhile, Lucena built the oneiric soundscapes that filled Entre Ríos’ music with a pure, almost childlike sound. During an interview at Festival Internacional de Benicassim, Lucena described their creative work as “smooth” and “plain”.

And he’s right. Entre Ríos–-like all the best pop bands––had a distinctly simple quality to their music. It’s the sort of thing you could listen to at any time, and yet, their nuance and their genre-bending sound distinguishes them from a regular pop group. After the Litoral EP in 2000, Entre Ríos released their first two LPs a couple of years later, Sal through Índice Virgen in Argentina and Idioma Suave through Elefant records in Spain. These two productions affirmed the epic scope of this creative trio: the albums aren’t happy or sad, they’re not exactly joyful but not hopeless either. They’re a perfect mix of complexity and emotion, of devastatingly beautiful pop. Quite possibly the best example of this is Tuve. At almost six minutes, it is the longest song on either of their albums, a catchy string filled song that deals with confusingly paralysing loss. As Isol sings: “I had your words/lost in my mouth /and today I found them/Lying where I left them”. 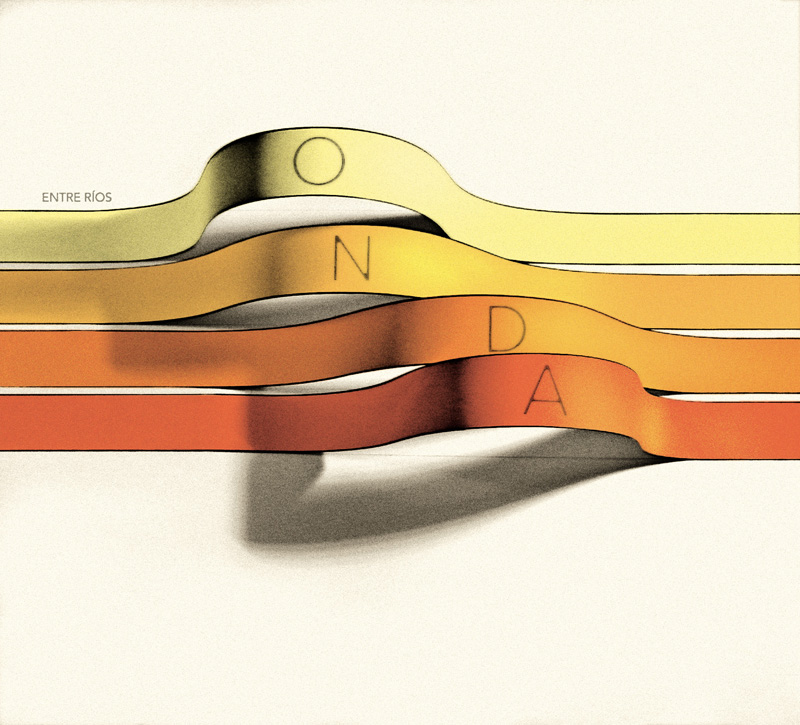 Three years after these albums, Entre Rios released their major work: Onda, a bittersweet production that includes upbeat hits like De Tener, atmospherically romantic ballads about love and separation such as Cerca y Extraño, and Altas horas, a song about a loving connection that escapes the physical plane. With the release of Onda, Entre Ríos cemented themselves as a truly seminal indie electronic and pop act, paving the way internationally for artists such as Belanova in Mexico, Dënver in Chile and Miranda! in Argentina. One could even argue that a Spanish band Single, whose members used to belong to Le Mans, borrowed some of their innocent lyricism and melodies from the works of Entre Ríos.

After the release of Onda, Isol left the band due to creative differences and spent her time illustrating and writing children’s books, which eventually led to her winning the Astrid Lindgren Memorial Award. Lucena and Sebastián continued with Entre Ríos, releasing an eponymous album in 2008 with Rosario Ortega on vocals, and another in 2010 named Era. The productions maintained a catchy, whimsical and melancholic sound, but Lucena and Sebastián also shifted their style in favour of non-sampled instruments like guitars, bass, and live drums. Eventually, the group stopped playing traditional concerts altogether, focusing instead on audiovisual installation projects.

The early albums of Entre Ríos, however, are now regarded as irrevocable classics of Latin American music, which is a friendly reminder that pop is whatever the artists wish it to be. Entre Ríos may not have been exactly the most innovative, as their sound owes much to Elefant records and bands in their roster like Le Mans or Nosoträsh. What made Entre Ríos special was their ability to blend electronics with deep sensuous emotions. Elefant, their Spanish label, couldn’t have described them better: It’s “beautiful music, to make you dream with your eyes wide open”.