Written by BristoLatino
Posted on March 31, 2016

Last June, a series of Latin American kinetic and visual artists were showcased in the Royal Academy of Art in London, under the title ‘Radical Geometry.’ The exhibition aimed to bring together twentieth-century revolutionary art from various Latin American artists from the Collección Patricia Phelps de Cisneros. The artists aimed to create intricate optical illusions and structures through use of colour, space and particularly movement and light. Notable artists included Uruguayan Torres-Garcia and Argentinian Maldonado. However, the most interesting and dynamic art for me came from two Venezuelan artists; Carlos Cruz-Diez and Jesus Soto.

During the 1950s and particularly following World War II, the art scene began to develop in Venezuela and for the first time artists were permitted to study abroad. This allowed European influences (notably those of industrialization and urbanisation) to affect Venezuelan aesthetic styles. Kinetic art soon became very popular within Venezuela and indeed the rest of South America due its lack of political message, which would thus appease the various political dictators.

For Cruz-Diez, colour and line transformation is particularly important as the observer’s movement creates colour-changing sensations which he refers to as “vibrations”. Soto’s interest lies more within creating structures which represent mirages, in which viewer participation is more greatly important as it can be developed through walking through the structures.

Cruz-Diez’s main focus is the ambiguity of colour and its effect on the viewer. Thus, the Moiré effect is particularly represented within his works. This a superimposed pattern which is visually perceived when a set of lines or dots are displayed on top of another set of lines or dots with different sizing, spacing or angles, producing interesting and beautiful geometric patterns.

An example of this technique is exhibited in his Physichromie series, one of which was on display at the RA. Many of his pieces are large-scale, allowing the spectator’s movement to dramatically change the perception of the art. In 1959, Cruz-Diez began to work more closely with coloured light, abandoning paint as a medium. Consequently, perception of light also became a key element within his works. Cruz-Diez emphasised the link between people’s changing perceptions of his art and people’s different perceptions of events and environments. 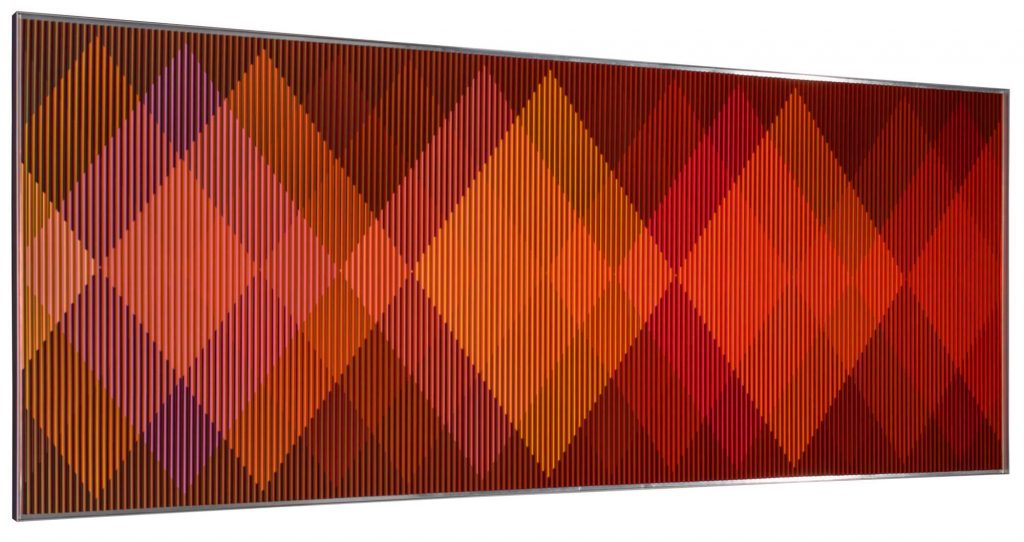 Soto’s style is similar to that of Cruz-Diez, yet Soto focuses more on the use of minimalist structures and sculptures.

His most notable art piece was displayed in his collection ‘the Penetrables’: a series of over 25 interactive sculptures made from arrangements of dangling painted plastic tubes. As the observers walked around the piece, mirages were created by the change in perception of the colour and form of the sculpture.

The ‘Houston Penetrable’ (2004-2014), consisting of 24,000 hand-painted PVC tubes which hang from the ceiling, is an example of Soto’s art in which the viewer’s experience is enhanced by walking through the structure as well as viewing it from a distance, each technique creating a different perceived image of the work. From a distance the work looks like a glowing orb, however whilst moving through the structure, each painted tube can be individually viewed from different angles, creating a hazy maze around the viewer. 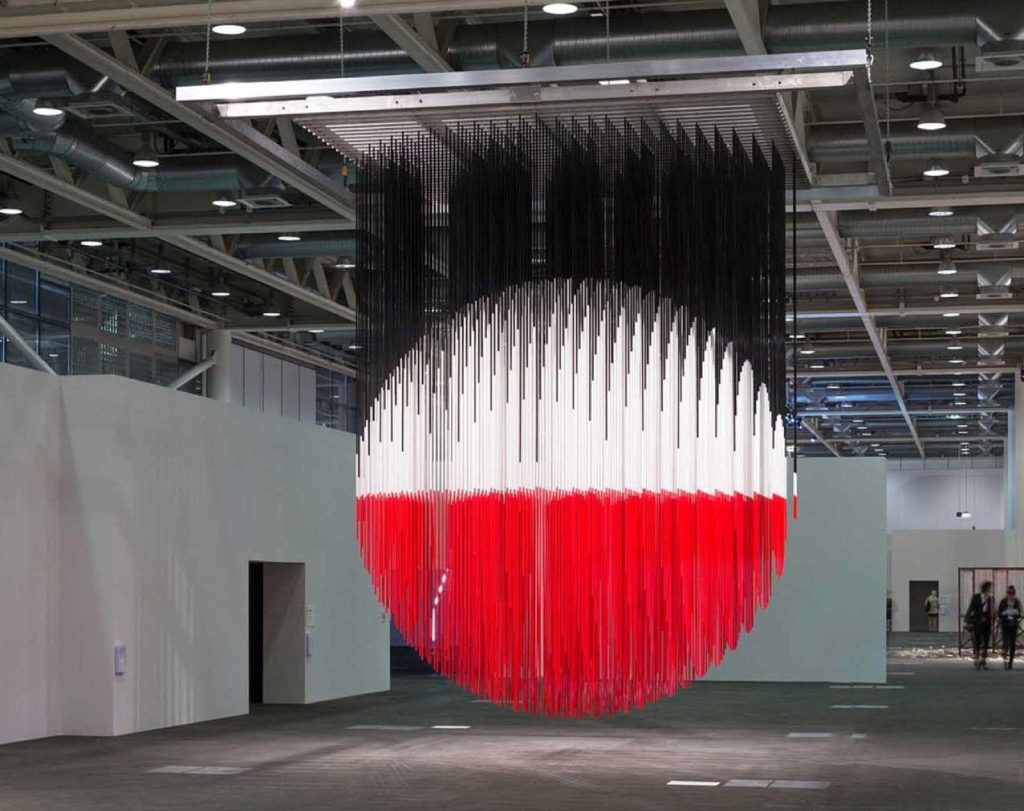 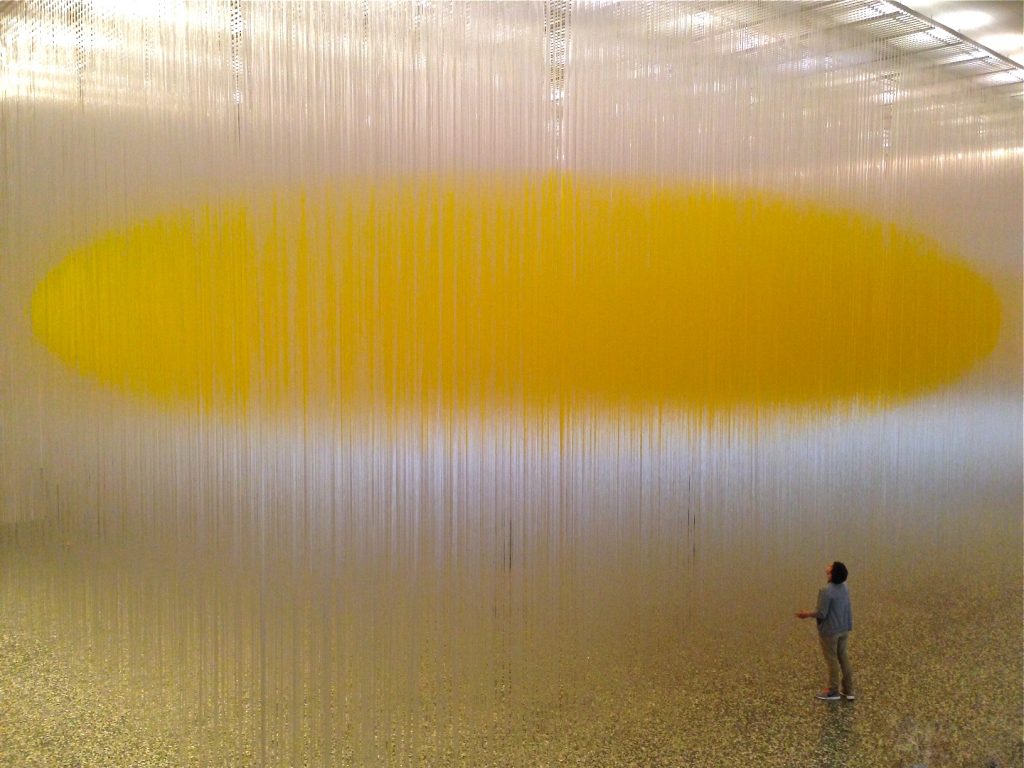 To both of these artists, viewer participation is essential. The viewer becomes part of the illusion and the art as each angle of the work presents a different image, thus the artwork becomes personal and distinct, not only creating optical illusions, but also transforming the relationship between the art and the viewer.