Written by BristoLatino
Posted on January 13, 2016

At the age of 10, Murillo’s landscape changed dramatically. He moved from the village of La Paila in Colombia, where he was born to factory-working parents, to the East London borough of Hackney. His art was used as a therapeutic activity to counteract this vast change, yet his interest grew and he decided to dedicate his life to his art. His rise to artistic fame was initially slow; due to lack of funding Murillo relied on cleaning jobs in order to afford his materials, which in part explain why much of Murillo’s work utilises recycled items, milk cartons being one example.

In 2012, Murillo completed a MA at the Royal College of Art. Although his rise was initially gradual, once it began it was relentless. As stated by the Evening Standard “Three years ago Oscar Murillo worked as a cleaner. Now his paintings sell for more than $400,000”. Murillo’s art has subsequently been internationally exhibited including at the Moma in New York and the Venice Biennale, and world-class collections such as Saatchi and The Rubell Family (who have bought likes of Keith Haring and Basquiat) have bought the artist’s arresting canveses.

Murillo’s work is closely connected to the studio environment in which they are created. He often makes huge installations which display hectic designs reflecting chaos and mess. Often very few colours are used, and those that feature are dull- except for text which is often in yellow or red.

“Things get moved around, I step on them, and they get contaminated. It’s not about leaving traces; it’s about letting things mature on their own-like aging cheese or letting a stew cook, they get more flavourful. That’s kind of how these paintings are made.”

Murillo’s origins and Colombian background are very present in his work as he attempts to tie Colombia and London together, to link his past and present. The use of Spanish and English words in his work, for example ‘chorizo’ or ‘milk’, is a nod towards cultural displacement; Murillo reflects both the possibilities and limits within the language and culture of his two worlds. 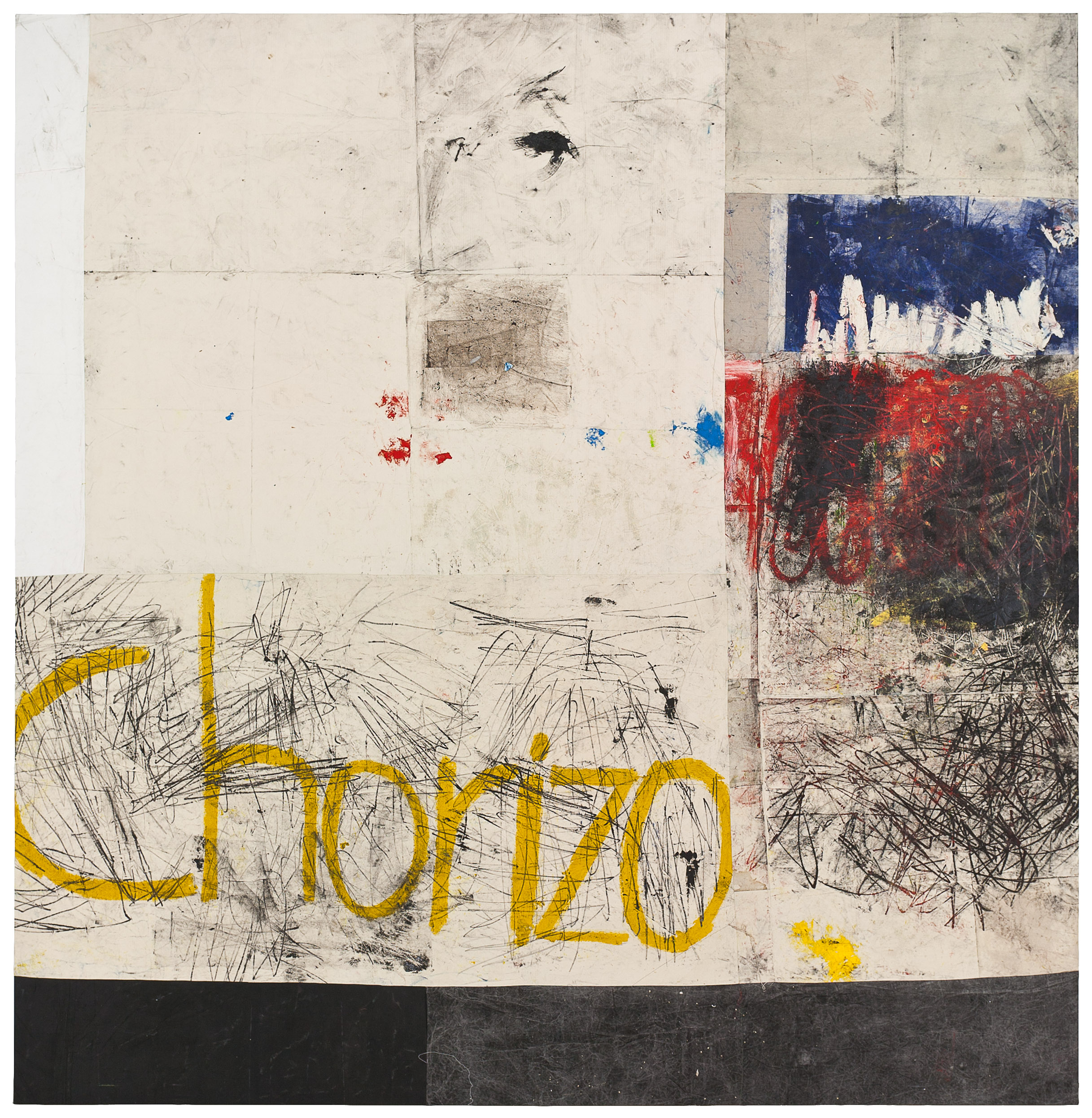 Murillo’s use of mixed materials such as paint, aluminium, oil, steel, wood and notably dirt, is key to his process. Recycled materials are used as another attempt to link his worlds together, displaying cultural differences and change. As Saatchi gallery states, this is an attempt to display the “unending process of migration”.

Whilst initially Murillo’s work can seem chaotic and rash, they are impressive spectacles in their scale and confident style. A deeper contemplation of how his art is created and the Latin American roots that it traces, helps to explain Murillo’s phenomenal artistic success.