Social media editor Alba-Lily Phillips talks to illustrator Maia Magoga about being Latina, a Londoner and an artist.

You’re half Argentinean (papá’s side) and half Brazilian (mãe’s side) and you grew up in North London. In what ways does your heritage play a part in your art?

It made me very aware of the lack of representation of Latina women and women of colour in the art I had seen as I was growing up, and so that kind of fuelled a desire in me to draw the women and girls that I had grown up surrounded by. On the other hand, the mash-up of cultures has provided me with endless inspiration, questions and dialogues that tend to manifest themselves in my artwork.

What conflicts or parallels have you found between these different parts of your identity?

I really struggled with my sense of identity in the past, although of course most people do, it’s part of what it means to be human. I am always very aware of the three different parts of me, especially when I go back to my home countries and people ask where I’m from, people always seem puzzled when I tell them. I find it frustrating.

Our society is so obsessed with dichotomous thinking…either this or that…so when you don’t fit into a specific bracket you become an anomaly. When I was young this confused me a lot, it also made me feel quite sad as I never felt able to relate to a whole culture and left me feeling as if I was on the margin of all three, somewhere in-between in my own little world.

As I’ve grown up my way of thinking has shifted, I think of my mixed heritage as a huge privilege. I no longer think of identity as something pre-existing; identity is nuanced and every aspect of our lives and each one of our experiences affects how we conceptualise ourselves. We are continuously shifting and evolving. 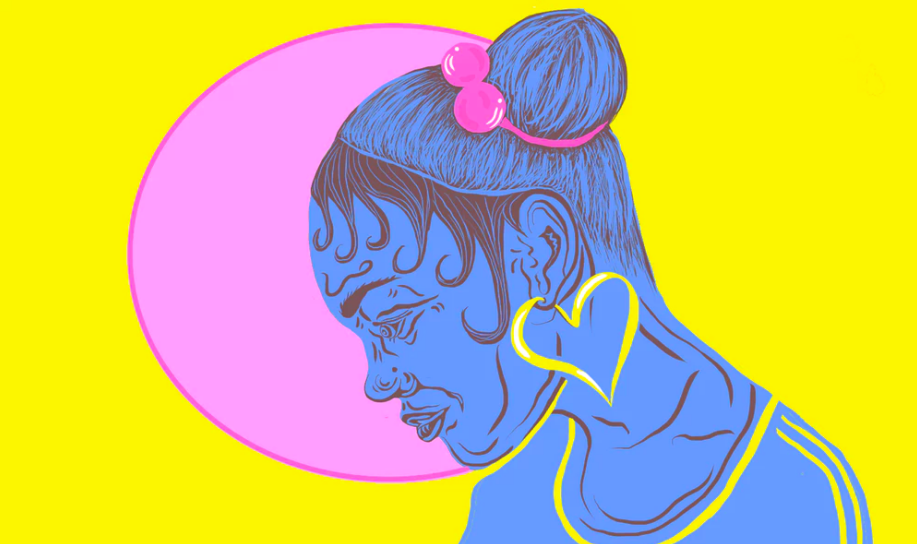 When you’re in the UK do you feel Latina?

I don’t really know…I feel like me. I guess it’s hard to pinpoint what it means to ‘feel latina’. A large part of me associates with Latin culture as I have grown up in two separate Latin households. My whole family wear their heart on their sleeves…none of that British passive aggressiveness. I’ve grown up eating Brazilian and Argentinian food and my dad is always educating me in Brazilian/ Latin music, especially Bossa Nova.

Sometimes people ask where I’m from but they never have any clue, a lot of people think I’m straight up English. They’re often surprised when I tell them. They’re always like “oh I knew you were from somewhere” whatever that means.

When you’re in Brazil/Argentina do you feel English?

In Brazil I look like an obvious gringa, but when I start speaking Portuguese, people are taken aback because it’s like ‘why does the gringa speak like us?’ I feel totally at ease in my parents’ native countries, especially Rio as I have spent extensive amounts of time there.

I guess I feel English in some respects, but my parents are so not English in character, even though they have lived there for over thirty years. But then again I think associating with a nationality is tricky, because each individual associates with different aspects of that culture, it’s impossible to relate to all of it. There’s no one-way to ‘feel English’, it’s a totally subjective experience.

I associate with London culture. The melting pot of ethnicities makes me feel at home, it’s beautiful.

You studied social anthropology at Manchester, did this give you any insight into aspects of South America that you didn’t have before or change your perspective on how you see the world?

Yeah, it made me ask certain questions that I had never asked before and that totally switched up my perspective. I’ve always been an observer and studying anthropology gave me fresh eyes on the world. It made me think outwardly and showed me how much can be learnt from the details of our daily lives that are often overlooked. It also taught me the importance of zooming out, of trying to understand things objectively by being as self-reflective as possible. Being aware and acknowledging our privileges is the first step in knowing how to use them correctly.

Your art includes images of a lot of different kinds of women, why is drawing women so important to you?

I started off by being obsessed with drawing my mum, who has beautiful soft round features – I became so familiar with the lines of her face. I then became obsessed with drawing my best friend Seyi: I get obsessed with my muse easily, and so far it has always been women who are close to me. I find an intimacy in drawing women; it’s a comfort to me, especially portraits. I like paying attention to the tiny lines that make up peoples faces, from where they’ve laughed too hard or the lines that show their sadness. Stories can be told from the lines in people’s faces.

Yeah, I think this goes without saying. It’s miles different. I’m definitely much more aware of the fact that I’m a woman. I can really feel the male gaze here, it makes me feel quite uncomfortable at times. I mean macho culture is prevalent, but I think that just makes the women there twice as strong. 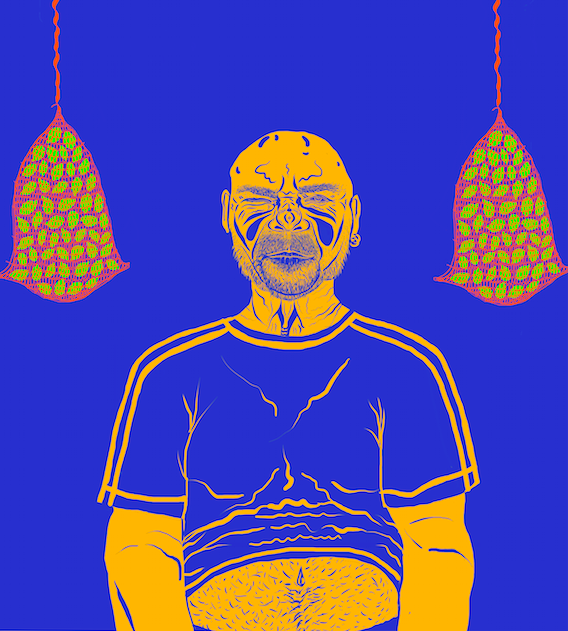 You’re currently living and working in South America – what are you up to? How are you finding it? Is it shaping your work differently?

I was in Rio for 2 months spending time with family, doing lots of drawing and also travelling around a bit. Rio gives me so much energy, it is a city which literally vibrates. You can feel the power of the mountains and jungle that surround it- it’s so alive.

I’m now in Colombia staying in a place called Minca on the Caribbean coast, it’s up in the mountains in the Sierra Nevada surrounded by lush jungle and waterfalls. I’m always attracted to places of nature. It’s a very sacred place. I came here four years ago and became enchanted by it.

I feel so wired and anxious when I’m in cities for too long. It always takes a while for me to feel totally calm and present when I arrive in these still places. My body and mind have to learn to slow down. That’s what I’m after mainly, to look after my head, to be still, to swim and to draw. I’m just trying to run away from the madness of the world for a little while- it’s so overwhelming.

I’m staying with a really amazing elderly Colombian couple who live in Minca and who grow their own food. Everything here is organic and they are teaching me about natural remedies. The lady told me she cured the arthritis in her hand by making a bee sting each swollen finger once a year for 8 years, she says she hasn’t had pain in her hands for two years now. I know it seems far-fetched for our ‘rational’ western understanding of medicine, but I’m so intrigued in indigenous knowledge. We could learn a lot from them.

I’m doing bits of painting for them and helping them complete an art project for the next couple of weeks, and I get a bed and delicious food in return. Life is a bit of a dream at the moment.